Berkshire Hathaway Inc shareholders on Saturday celebrated Warren Buffett's 50th anniversary running the conglomerate, as the billionaire expressed optimism the company would thrive over the long haul, even after he is gone.

Buffett and his second-in-command, Charlie Munger, fielded five hours of questions from shareholders, analysts and journalists at Berkshire's annual meeting, including some that criticized the business practices of firms that Berkshire owns or works with, such as Brazil's 3G Capital.

The meeting had a more festive air this year, with one of the more than 40,000 people who attended shouting out "Warren and Charlie, we love you" at the start of the main event of what Buffett calls "Woodstock for Capitalists."

Its breadth and depth, which includes $63.7 billion of cash, has given Berkshire a strong balance sheet that Buffett said will help it thrive should the economy, propped up by low interest rates that many expect to rise soon, heads south.

"We will be very willing to act if economic turbulence of any kind occurs, and will be prepared, and most people won't be," he said. He denied that Berkshire needed special regulatory oversight by possibly having become too big to fail. 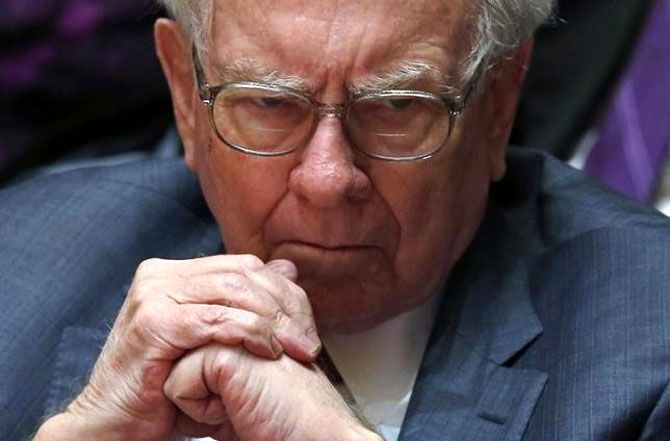 Buffett gave no hints about who would succeed him. He also alluded in one answer to his writing another of his popular letters to shareholders next February, suggesting no intention to leave soon.

Yet he said he would not want someone whose sole background is in investments to become chief executive. "I would not want to put someone in charge of Berkshire with only investing experience and not any operational experience."

"The improvement has been huge, and I want to thank Matt Rose and Carl Ice for their really extraordinary performance," he said, referring to the railroad's executive chairman and chief executive.

Rose, considered by some a potential Berkshire CEO candidate, was not mentioned by Buffett in his annual letter, which led some to believe his standing had been lowered.

Other potential CEO candidates include insurance executive Ajit Jain, whose decision to join Berkshire three decades ago was hailed by Buffett as one of the "luckiest" events he experienced, and Berkshire Hathaway Energy chief Gregory Abel, who talked at the meeting about renewable energy. He was the only person other than Buffett and Munger to field a question.

Ken Shubin Stein, founder of Spencer Capital Management LLC in New York, said having a CEO with an operational background "makes sense since the CEO needs to work with the investment team and understand their use of capital for investments, versus using the capital for investing in acquisitions." 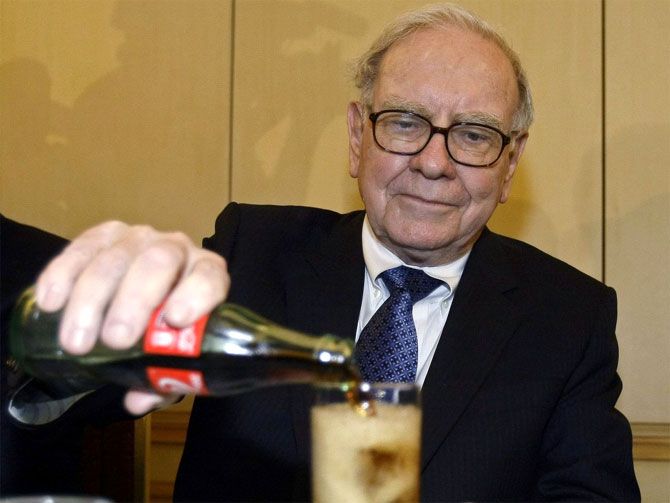 As is usually the case, no major controversy has been hanging over Berkshire.

But Buffett did get two questions that led him to praise 3G Capital, which critics say ruthlessly cuts jobs at companies it acquires. In 2013, Berkshire and 3G bought H.J. Heinz Co, which is now buying Kraft Foods Group Inc.

"The 3G people have been successful in building marvelous businesses," Buffett said. "I don't know of any company that has a policy that says we're going to have a lot more people than they need."

"I make no apologies whatsoever for Clayton's lending terms," he said, adding that Clayton itself faces losses when borrowers default.

Buffett also said he expects a contentious contract dispute between Berkshire's luxury aircraft unit NetJets and its pilots to be resolved, and said he had "no anti-union agenda whatsoever." Some of the pilots picketed outside the meeting.

Alluding to his own well-publicized fondness for junk food, he said: "If I had been eating broccoli and Brussels sprouts all my life, I don't think I would live as long."

Buffett also said the euro currency "can and probably should survive," but that "real changes" would probably be required.

Munger, for his part, said European leaders created a "flawed system" that was "probably unwise" by letting countries that were too weak adopt the currency. Berkshire's annual meeting is Omaha's top annual draw other than baseball's College World Series - reflected in hotel rooms that can fetch more than $400 a night and that often sell out nearly a year in advance.

Devoted and sleep-deprived shareholders began lining up outside the venue hours before doors opened at 7 a.m. CDT.

Kyle Cleeton, a research analyst for an investment firm, may have gotten there first, saying he showed up at 10 p.m. the night before.

"I wanted to be first in line," he said. "You're not sure how many more years you're going to have."

Bill Guenther, a state forester from Brattleboro, Vermont, said, "I'm one who likes a good seat." He arrived at 1:04 a.m. despite having last year suffered a major foot injury when he collided with another shareholder as he tried to get that good seat.

© Copyright 2021 Reuters Limited. All rights reserved. Republication or redistribution of Reuters content, including by framing or similar means, is expressly prohibited without the prior written consent of Reuters. Reuters shall not be liable for any errors or delays in the content, or for any actions taken in reliance thereon.
Related News: Warren Buffett, Berkshire Hathaway Inc, Berkshire CEO, Charlie Munger, Clayton
SHARE THIS STORY
Print this article 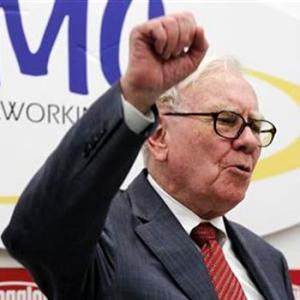 Warren Buffett denies that Berkshire Hathaway 'too big to fail'