RBI rate cut: Is it time to bet on high-debt companies?

Experts say investors should be careful, as even a 50-100 bps cut in rates will not help such companies if their business is not doing well. Check what is the problem and consider 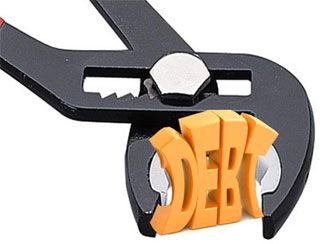 The Reserve Bank of India's cut of the policy rate by 25 basis points (bps) on Thursday is certainly a positive for India Inc, indicating the direction over the coming months.

Over the next nine to 12 months, experts believe, RBI could cut another 75-100 bps. The markets celebrated, with the share price of high-debt companies gaining up to 11 per cent (see stable of BSE 500 companies) on Thursday.

So, does this mean an end to the troubles of high-debt companies? Data compiled by Business Standard shows 35 companies with a debt-equity ratio of over three times (based on FY14 numbers) had a gross debt of Rs 620,130 crore (Rs 6,201.30 billion). The top 20 accounted for a little over 75 per cent of the total figure.

Experts, however, advise caution and say investors could look at these companies but selectively. Vibhav Kapoor, group chief investment officer, IL&FS, says: "We need to see the overall position of the companies' projects and businesses." Dipankar Choudhury, head of research, institutional equities, Centrum Broking, says: "Nobody should invest in the so-called high-debt companies simply by virtue of rates coming down. The very fact that debt-equity ratios are high in these was due to a result of miscalculation of business cycles and over-leveraging, based on inflated expectations. Infra, real estate and iron & steel have generally been the sectors affected by high debt."

Rates coming down give them a temporary relief but other aspects of the business do change, he adds. While some companies are facing pressure due to adverse business conditions, others are facing the heat due to lack of project clearances, land acquisition or global worries, all of which has nothing to do with local rates coming down.

So, why did stock prices surge? "What does happen is that stock prices will take a bit of a spurt, which they have done today - overleveraged companies have done the best. That is obviously a beta effect which the market plays out on these stocks because of the tendency to automatically translate lower rates into lower cost of borrowings and then into profitability of the company -- a very transient phenomenon. No over-leveraged company on a sustained basis benefits from a lower rate," says Choudhury.

In any case, even a 50-100 bps reduction will not make a material impact on the finances of high-debt companies, say market pundits. Investors, thus, need to be careful and, importantly, consider the business aspects.

For one, the companies need to de-leverage. This may happen by selling assets, raising equity, taking cheaper loans, etc. However, the actions should lead to a meaningful reduction in debt and only then will it call for becoming optimistic on such companies. As an example, experts say the JP group has been selling assets, which is in the right direction. But, such moves have to gather momentum -- a few transactions will not make a big difference.

Among companies that investors could keep an eye on are in infrastructure, realty and telecom. Metal companies, to an extent, also have high debt on their books but, given the globally weak outlook for these, experts recommend investors stay away for now.

In the infra space, Kapoor says the better managed companies and those whose projects are not stuck in a big way but have suffered only because of high debt can be considered. For example, if a company's power project is stuck because there is no gas available or due to land acquisition issues, avoid. In such cases, some reduction in interest costs won't help.

Telecom companies, too, stand to gain, especially those with a high portion of rupee debt. Among other segments, roads is one area to consider. For instance, IRB Infrastructure and ITNL could be big beneficiaries. While these have many operational projects (as well as some under construction), lower interest rates will help improve their profitability. Beside, the gain from an improving business environment (in the form of higher traffic) will also lead to higher business income.