With a successful flight on Friday, Boeing moved closer to proving that a revamped safety system can prevent batteries on its new 787 Dreamliner from catching fire or overheating, and getting back the plane into service.

Friday's test flight concludes testing after little more than three weeks, and moves the Dreamliner closer to resuming passenger flights, restarting jet deliveries, and stemming millions of dollars in losses that have piled up at airlines and Boeing since the jet was grounded more than two months ago. 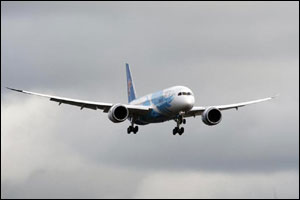 The end of testing also turns attention from Boeing Co to regulators in the United States, Japan and Europe, who must decide whether the fix for the high-tech plane's lithium-ion batteries is safe.

Amid gusty winds, a LOT Polish airline plane rose from a runway near the Boeing factory just north of Seattle and soared out along the Pacific Coast, covering 755 miles in just under two hours before touching down at 12:28 pm Pacific Time (1928 GMT).

The jet, carrying test equipment and Federal Aviation Administration officials, flew a similar route to a test run March 25. Boeing pronounced the flight "straightforward" and "uneventful" after the jet returned to earth safely.

"Boeing will now gather and analyze the data and submit the required materials to the FAA ... in coming days," the company said in a statement.

"Once we deliver the materials we stand ready to reply to additional requests and continue in dialog with the FAA to ensure we have met all of their expectations."

Industry officials and airlines that operate the fuel-efficient plane have said they expect it could be flying again as early as April or May. Boeing has said it should happen in weeks, not months.

Attention now shifts to politicians and regulators as aviation agencies weigh the competing demands of ensuring safety while not letting the costly grounding drag on too long.

US Transportation Secretary Ray LaHood, who oversees the FAA, voiced the competing views Friday, telling reporters both that Boeing has a "good plan" to fix the battery and that he wants to ensure the Dreamliner is safe before allowing the planes back in the air.

"They're doing the tests now, and we've agreed with the tests that they're doing," he said before Boeing's final test flight took off.

"When they complete the tests, they'll give us the information and we'll make a decision."

An FAA spokesperson has said the agency has been closely involved with the testing process "so data review may not take long."

However, she added that despite Boeing's "aggressive" testing schedule, "the FAA will work at its own pace."

Meanwhile, it remains unknown what caused two batteries to overheat on separate jets in January.

The US National Transportation Safety Board, which is investigating the battery that caught fire on a parked plane in Boston, will hold two public meetings this month to gather more information about lithium-battery technology and the assumptions Boeing and the FAA made in certifying the original battery system.

After the two battery failures, Boeing put more insulation in the battery, encased the battery in a steel box, changed the circuitry of the battery charger and added a titanium venting tube to expel heat and fumes outside the plane.

The company said its fix addresses more than 80 potential causes and is thus more robust than if a single cause had been pinpointed. It also noted that media reports have exaggerated the risk from the battery, which is not generally used for flight-critical systems on the plane, but instead helps supply power on the ground.

"There's a very good chance that this works and gets accepted," said Richard Aboulafia, an aerospace analyst at the Teal Group in Virginia.

"There's also a chance that it gets derailed for technical or political reasons and I'm not confident Boeing's got a backup plan. There's probably a bigger risk that politics derails it."

In addition to the FAA, Japan's Civil Aviation Bureau and the European Aviation Safety Agency must also approve the fix. Both are expected to follow the FAA's lead and certify it around the same time.

CAB official Shigeru Takano said on Friday that he cannot predict how long it would take for the authorities to reach a decision.

Boeing would then submit a "service bulletin" with detailed information about the fix, which the FAA would need to approve for distribution to airlines. Then the planes would be fixed and airlines would decide when to put them back into service.

Each fix is supposed to take three days, and Boeing has already been assembling kits and teams to retrofit the 50 jets that are now owned by airlines, said Loren Thompson, a defense consultant and chief operating officer at the Lexington Institute think tank.

Japan's All Nippon Airways and Japan Airlines are the biggest of the Dreamliner's eight customers. ANA, the launch customer, will be the first to have its jets fixed. United Airlines is the only US operator so far.

Despite the mounting cost, which is estimated at more than $500 million, Boeing is likely to weather the crisis without significant damage to its earnings or the long-term profitability of the plane.

The Dreamliner is designed for 50 years of production, and Boeing's accounting for its initial production years includes more than $120 billion in costs. On that scale, expenses from the grounding are "probably unobservable or not material," said Carter Copeland, an analyst at Barclays in New York. "Very few people are even talking about it."

Boeing's stock has rallied through the crisis, rising 16 per cent since regulators grounded the fleet on January 16. It closed up 1.4 per cent at $86.17 on the New York Stock Exchange on Friday.

Regulators may restrict the plane from making long trips over water until the battery system is proven in flight, which would hurt airline operations. But that would be temporary.

But Aboulafia doubted that the Dreamliner, which offers not only greater fuel savings to airlines but better cabin pressure, humidity and creature comforts to passengers, would suffer in the public eye from the battery problems.

"There's absolutely no evidence of any lasting effect in terms of public perception," he said.

© Copyright 2020 Reuters Limited. All rights reserved. Republication or redistribution of Reuters content, including by framing or similar means, is expressly prohibited without the prior written consent of Reuters. Reuters shall not be liable for any errors or delays in the content, or for any actions taken in reliance thereon.
Related News: Federal Aviation Administration, Boeing Co, US National Transportation Safety Board, All Nippon Airways, Civil Aviation Bureau
SHARE THIS STORY
Print this article 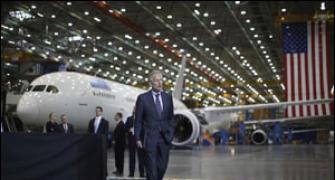 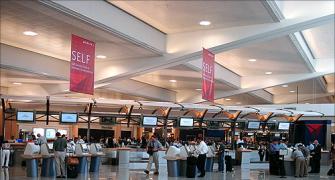 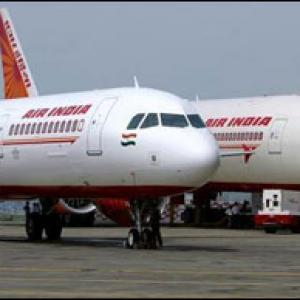 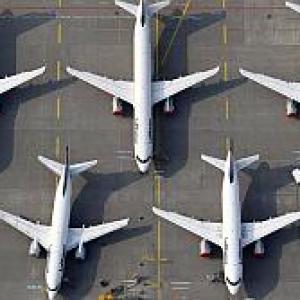