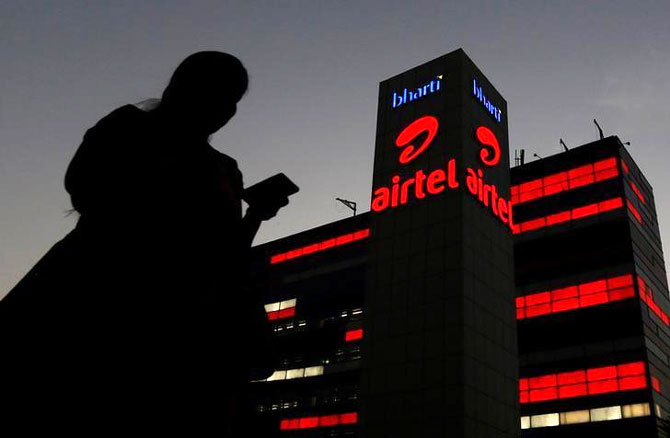 Telecom major Bharti Airtel on Tuesday reported over 54 per cent fall in consolidated net profit to Rs 503.7 crore (Rs 5.04 billion) for the October-December quarter due to "turbulence" from "predatory pricing" of newcomer Reliance Jio.

Bharti Airtel MD and CEO for India & South Asia Gopal Vittal in a statement said, "The quarter has seen turbulence due to the continued predatory pricing by a new operator. The present termination costs at 14 paise which are well below cost has resulted in a tsunami of minutes terminating into our network.

"This has led to an unprecedented year-on-year revenue decline for the industry, pressure on margins and a serious impact on the financial health of the sector." 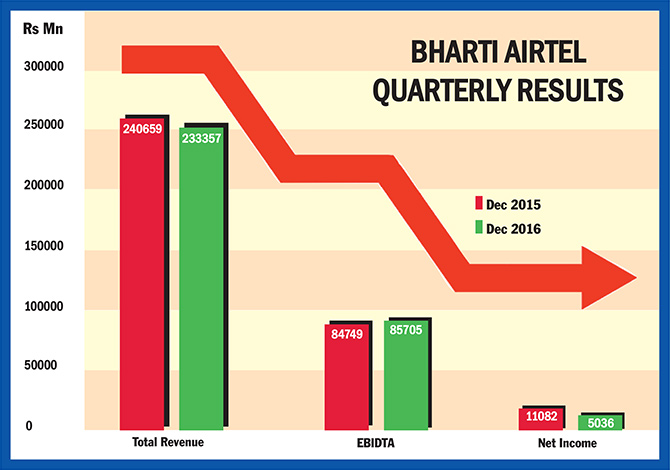 Jio is offering free 4G services since its launch in September. The free service of Jio will continue till March 31, 2017, as per the last announcement made by Reliance Industries chairman and managing director Mukesh D Ambani.

Consolidated mobile data revenues of Airtel for the quarter was flat at Rs 4,049 crore (Rs 40.49 billion) compared to same period in previous fiscal.

Vittal added that at the same time revenue market share of Airtel has crossed a lifetime high of 33 per cent.

Airtel said that its India revenues were up by 1.8 per cent and that of Africa by 6 per cent on Y-o-Y basis.

"India revenues for third quarter (stood) at Rs 18,013 crore (Rs 180.13 billion) grew by 1.8 per cent Y-o-Y. Slowdown in mobile revenue growth (was) primarily due to free voice and data offering by a new operator," the statement said.

In Africa, Airtel saw impact of devaluation of Nigerian currency on Y-o-Y basis.