The $100-billion SAIC would have a dedicated manufacturing facility in India, and would be the first Chinese automaker to do so. 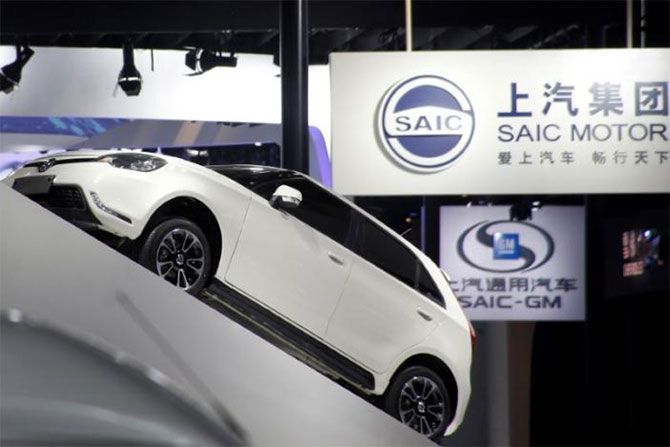 US car maker General Motors (GM) might have announced its exit from India, but its Chinese joint venture partner SAIC Motor Corporation Ltd is all set to enter India with the Morris Garages (MG) brand, an iconic British brand that it had acquired in 2008.

The $100-billion SAIC, which is bullish on the Indian automobile market, that is slated to become the world's third largest by 2020, would have a dedicated manufacturing facility in the country, and would be the first Chinese automaker to do so.

The operations are likely to commence in 2019 from a fully-owned facility, and functional-level appointments have already begun.

It has registered its Indian subsidiary as MG Motor India and a corporate headquarter is planned in Gurgaon.

SAIC, which is a joint venture partner of GM in China, was looking at the Halol factory of GM which was shut down by the latter on April 28 this year.

As such, SAIC signed a term sheet to evaluate the Halol plant. But this April, the company said the Halol plant deal is subject to GM's submission of all government nods, settlement of labour and all other pending issues by GM.

An SAIC statement said, "The company is in the process of finalising its manufacturing facility and is firming up its product strategy for the Indian market, details of which will be announced at a later stage." P Balendran, executive director of MG Motor India, said they were indeed in talks with the Gujarat government, however, nothing has been finalised yet.

Sources in the state government indicated that a team from MG Motor has visited Gujarat recently and they were also considering setting up a plant here if the Halol deal does not go through.

At Halol, GM India is negotiating severance packages and transfer options with a few hundred permanent workers who have refused to accept the offer made by GM.

"If another car maker acquires this facility, why can't it absorb us?" said a labourer who was working at Halol before it shut down.

Chaba, who has been roped in as the president and managing director, was the managing director of GM India between 2005 to 2007, post which he took up assignments in GM North Africa & Egypt as well as China.

Chaba’s last assignment was as global COO in Vanguard Logistics, US and as an operating partner of ManCapital, a UK based private equity firm. Balendran too has worked in senior positions in GM India.

The choice of the Morris Garages brand for its India entry is a strategic move, feel analysts.

“The introduction of the iconic British Sports Car Brand ‘MG' in India is an important part of SAIC Motor’s global strategy," a company statement said.

The MG brand, which originated as an iconic British Racing Sports Brand in the year 1924, has evolved into a modern-day innovative brand through the last 93 years, it felt.

Founded in UK in 1924, MG has had its India association in pre-Independence British India.

Set up in 1930 in Abingdon, UK, the MG Car Club has more than a million fans, making it by far one of the world's largest clubs for a single brand.

MG products, that are designed and engineered at its European & Global Design Centers, will now be manufactured in India.

Balendran explained, " If you look outside of China, the MG brand has been one of the fastest-growing brands for SAIC over the past couple of years.

It has successfully established its operations and emerged as one the fastest-growing brands in countries like UK, Australia, New Zealand, Chile and Thailand. The introduction of the iconic British Sports Car Brand ‘MG' in India is an important part of SAIC Motor’s global strategy."

Balendran did not wish to comment on the debut model choice for MG Motor India.

"We are in the process of finalising our product plan. We plan to start production by 2019," he said.

The Indian automotive market, predicted to be the third biggest by 2020 by analysts, offers significant headroom for growth.

"We are committed to be a part of the Indian market for the long-term. Our focus is to build and generate awareness around the MG brand in India and consolidate our position in the Indian automobile market," he added.

Speculations are rife that the company might choose to enter with SUVs, the fastest growing segment in the Indian automobile industry.

While sales of passenger vehicles grew 9 per cent in FY17 to cross 3 million units, sales of utility vehicles were up 30 per cent. In comparison, passenger cars grew 3.85 per cent.

A Mumbai based analyst noted, "While SUVs are likely to grow during FY18 as well, the market dynamics can change by the time MG Motor India is ready for its product launch in FY20. When planning its product portfolio, the company has to keep these nuances in mind." 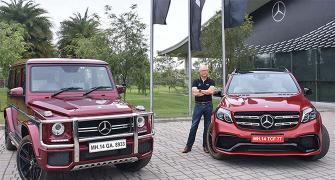 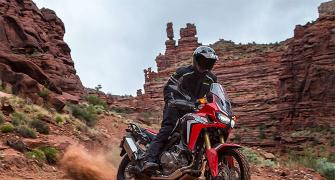 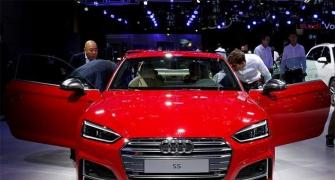 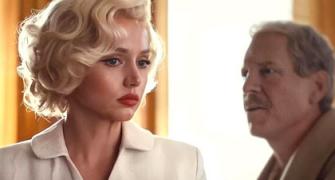 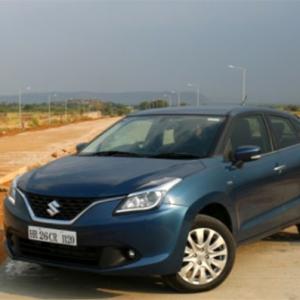 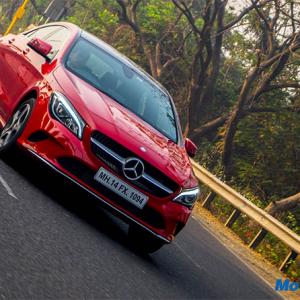