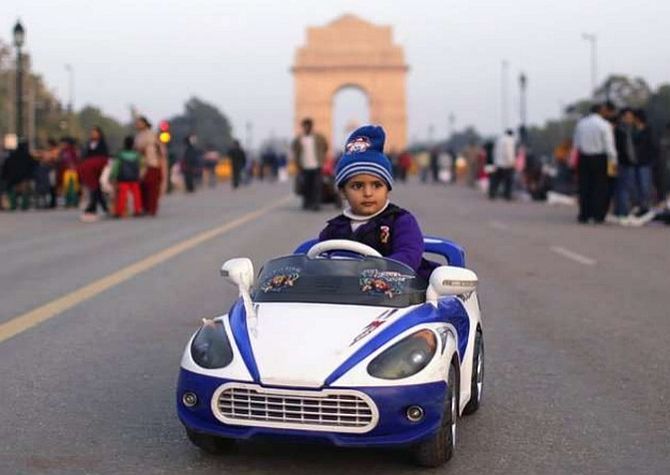 India does not need further fiscal stimulus to revive the economy, despite record low inflation and growth seen at the lower end of an 8.1-8.5 per cent target this financial year, chief economic adviser Arvind Subramanian said on Wednesday.

Comments by Subramanian earlier this month that a sharp drop in inflation meant the economy was in or close to deflationary territory led to a debate over whether public spending should increase to boost growth, along with calls for rates cuts.

"I don't think extra stimulus at this stage is necessary," Arvind Subramanian told Reuters in an interview, adding that the government "will and must" meet the fiscal deficit target of 3.9 per cent of GDP in the current fiscal year.

Subramanian was instrumental in Finance Minister Arun Jaitley's decision in February to soften the target from an initial 3.6 per cent to free up resources for a growth-boosting splurge on roads and railways.

He said this public spending along with consumption will be the "big engines" of the economy in the short-term as debt-ridden private companies could take time to raise investments.

"In transport we are on track, in railways we need to catch up," he said, referring to about the $10.6 billion the government added to the infrastructure budget presented in February.

Prime Minister Narendra Modi, who was forced last month to put on hold a growth-boosting tax overhaul and drop a major land reform, is facing slowing exports and a short-fall in rains that could hurt food grain production.

Finance Minister Arun Jaitley, who wants the Reserve Bank of India (RBI) to further cut policy rates to support the economy, met Governor Raghuram Rajan on Tuesday, ahead of the next policy review scheduled on Sept 29.

The RBI is widely expected to cut interest rates after leaving the policy unchanged at its last review on August 4.

Rajan has so far cut by 75 basis points this year as a slump in global crude oil and commodity prices brought down inflation. Subramanian said despite the shortfall in rains and export slump, the economy was still expected to grow at just over 8per cent in the current financial year, higher that private economists' forecast.

"The external environment has been much worse than what we thought. May be, we will be at the lower end of our forecast," he said.

© Copyright 2020 Reuters Limited. All rights reserved. Republication or redistribution of Reuters content, including by framing or similar means, is expressly prohibited without the prior written consent of Reuters. Reuters shall not be liable for any errors or delays in the content, or for any actions taken in reliance thereon.
Related News: Reserve Bank of India, Arun Jaitley, Frank Jack Daniel, Raghuram Rajan, Narendra Modi
SHARE THIS STORY
Print this article