Amazon's new Hyderabad campus is its largest in the world 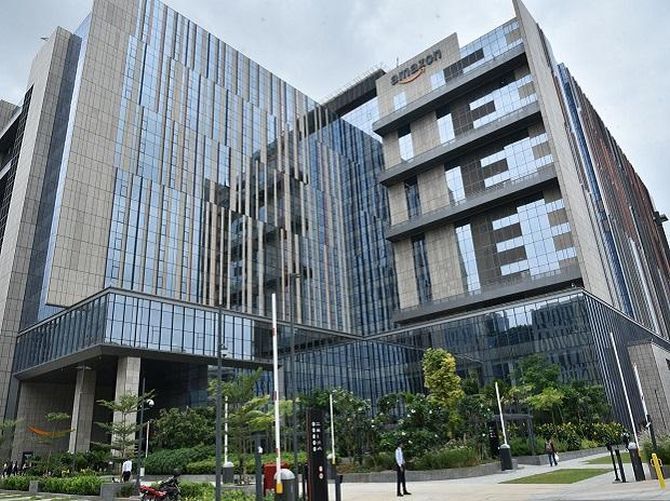 Global technology and e-commerce giant Amazon today opened its largest owned corporate building campus anywhere in the world in Hyderabad's Financial District, only the second owned office facility of the company, the first one being its Seattle campus in the US.

Stating that 'hundreds of millions of dollars' were spent on the facility which has three million square feet of built-up area, including 1.8 million sq ft of office space, senior Amazon executives said the company would continue to invest in India across its products and services besides the retail in addition to what it had committed earlier.

The elevators in the building can move 972 people simultaneously.

A third of Amazon's Indian work force of over 62,000 employees are located in Hyderabad across eight leased buildings while it intends to move a part of them to its new campus besides, hiring new people.

The building was completed in 39 months after the foundation stone was laid on March 30, 2016. Hyderabad hosts Amazon's largest technology employee base in the country, with other big centers located in Chennai and Bangalore, working across the services and product segments of the company.

Earlier Amazon had announced a $5 billion investment for India and an additional investment of $500 million in retail. Reiterating these numbers, senior vice president and country manager of Amazon India Amit Agarwal said,"We continue to invest across our businesses. We have development centers such as this one that are focused on highly creative work and serve customers globally.

"We have launched Asia Pacific AWS(Amazon Web Services-the data centre business) Region in Mumbai with two availability zones in 2016 and the third one is announced.

"We continue to invest in Prime Video, we are investing in Kindle and Alexa is a big area of investment for us.

"We invest in fulfilment centers to help small business sell nationally and globally. So we continue to invest in all these areas."

Amazon's investment plans have been intersecting with India's priorities in terms of job creation, Make in India and digital transformation among other fronts, according to Agarwal.

"Amazon has created 200,000 jobs, both regular and contract jobs, in India, Last year we have surpassed $1 billion exports from India using Amazon global selling platform and we are on track to reach $5 billion in exports in the next three years," he said.

Responding to a question on the possible impact of economic slowdown on e-commerce business, Agarwal said the company will not bother about short term cycles in the economy.

As a business the company focus on long-term thinking besides staying obsessively customer centric, according to him.

He also added that, so far there was no impact being felt on e-commerce business, perhaps also because e-commerce was just around three per cent of the total Indian retail market.

Amazon, which entered India in 2004, today emerged as the largest online market place in the country offering 200 million items.

The company so far built 50 warehouses with a cumulative 25 million cubic meter area across the cities, It has 500,000 sellers on board and 50,000 local stores acting as delivery points, among other facilities.

"What started as a think-big exercise more than 12 years ago, today represents Amazon's first owned office building outside of the US.

"This project represents once in a life time opportunity.

"This is day one for us in India, and we look forward to creating an environment where diverse contributions are welcomed and innovation encouraged for the long term," John Schoettler, Amazon vice president of global real estate and facilities.

The Telangana government's Industries and IT principal secretary, Jayesh Ranjan, urged the company to consider building its data centre facilities in the city as well. 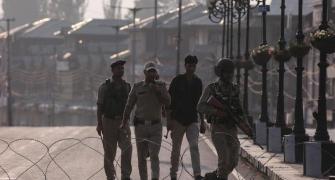 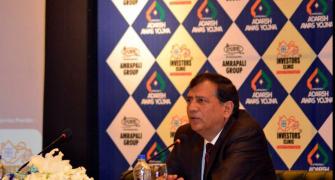 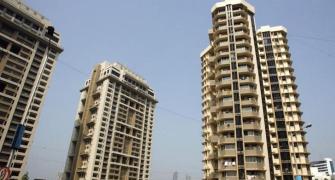