At one point the Amrapali group was spearheading more than 50 major residential and commercial projects in 24 cities. Sharma was everywhere, a regular at glitzy Page Three parties, important inaugurations as well as political functions.

Cut to 2019, and his name evokes grief and anger among more than 40,000 homebuyers who are fighting for the keys to their flats, which they should have rightfully got more than seven years back. 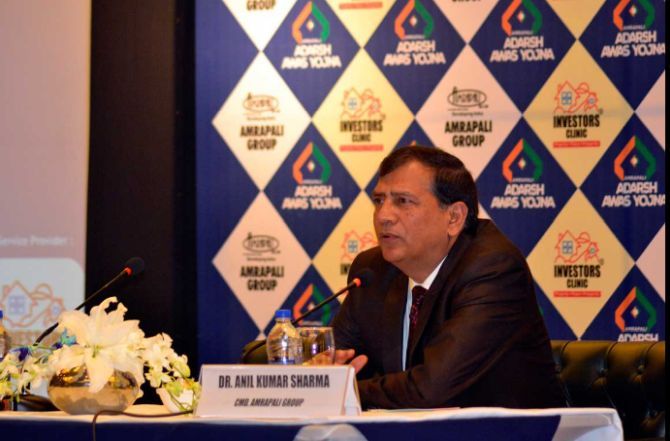 To his friends Anil Sharma always seemed invincible. Nothing, they believed, could hurt the chairman of the Amrapali group, who seemed to have everything -- the right college degree, bureaucratic and political contacts and, most importantly, luck, which favoured him for almost two decades.

Till everything fell apart, his close friends believed that the man, known for his sharp wit, great people skills and always equipped with a ‘Plan B’, could get out of any crisis.

But that was then.

On Tuesday, the Supreme Court cancelled the registration of Amrapali group under the Real Estate (Regulation and Development) Act, better known as RERA, and ousted it from its prime properties in the National Capital Region (NCR) by nixing the land leases.

“We always thought he was bullet proof. At one point he was so powerful, he could freely walk into the office of the chief minister without an appointment, call people at the Centre and get things done. We elected him as NCR president of the Confederation of Real Estate Developers of India (Credai) because of the access he got us. He could get any project he wanted, acquire large tracts of land literally over the phone. Best thing was that he was always a people’s person. So everyone wanted to know him, do business with him,” said a major real estate developer in Delhi NCR, who knew him well when Sharma was president of Credai-NCR. 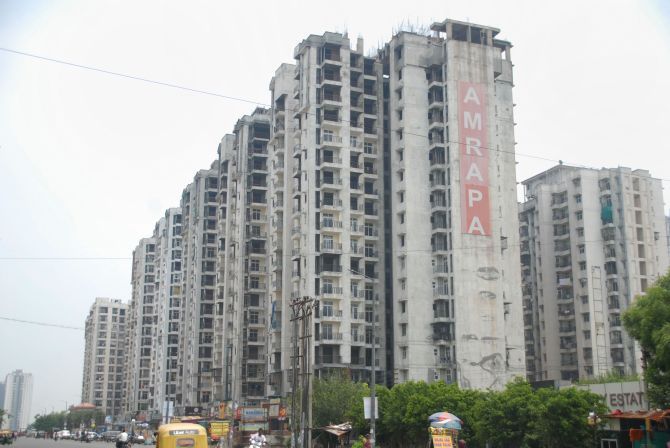 IMAGE: A view of the Amrapali building complex at sector 78, in Noida. Photograph: PTI Photo.

At one point the Amrapali group was spearheading more than 50 major residential and commercial projects in 24 cities. Sharma was everywhere, a regular at glitzy Page Three parties, important inaugurations as well as political functions.

Cut to 2019, and his name evokes grief and anger among more than 40,000 homebuyers who are fighting for the keys to their flats, which they should have rightfully got more than seven years back.

Sharma was born in a middle class family in Pandarak in Begusarai district, 50 km from Patna. What Sharma had going for him was his sharp mind.

“He was intelligent, much more than his peers studying in the same government school he did. He worked hard and managed to not only do BTech from NIT, Calicut, but MTech from IIT, Kharagpur. This level in academics was unheard of then,” said an NCR developer and friend of Sharma.

He bagged a job with the National Thermal Power Corporation in Bihar. It was there that he learnt some critical lessons on how to deal with bureaucracy. This is the knowledge he brought with him in 2002, when Sharma decided to make it big in Delhi-NCR.

“During his conversations with senior executives at NTPC, he realised that Greater Noida would be the next big location for a real estate boom. He never wanted to retire a government servant, so he made his first big move,” added the friend. 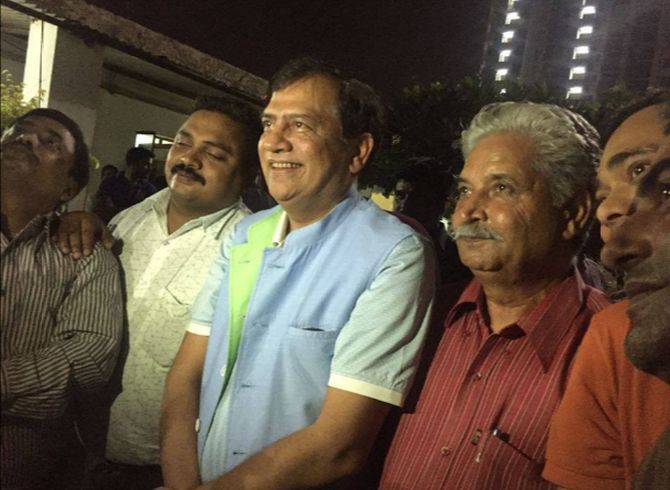 From 2002 to 2016, the Amrapali group’s portfolio included few of the biggest townships in Greater Noida, Ghaziabad, Bihar, Jharkhand, and Rajasthan, among other places. The company developed massive commercial hubs, movie theatres, hospitals, hotel chains and well as an IT hub.

People who know him said his educational as well as professional background not only helped him gain access with the bureaucracy in Uttar Pradesh and the Centre, it enabled him to gain the respect of politicians as well.

“They liked the fact he was not a typical builder but an educated person who has risen up the ranks,” the person added.

Sharma was the toast of the town and he basked in the limelight. So much so that his company dabbled in the film industry and produced two films, namely Gandhi to Hitler, which premiered at the Cannes Film Festival in 2011, and another called I Don’t Love You.

But his ambitions did not end there. He wanted a seat in Parliament, the institution that guaranteed access to a wide pool of political power. In 2014, he fought elections from Jehanabad on a Janata Dal-United ticket, but faced a massive defeat. He even tried to enter the Rajya Sabha, but failed.

The first signs of trouble surfaced in 2016 when cheques being paid by Amrapali to its creditors started bouncing.

Then a barrage of panicked homebuyers started flooding social media platforms with allegations that Amrapali projects had not taken off for four years, despite repeated assurances.

In some of the projects even the foundations had not been laid.

By 2017, the Yogi Adityanath government was gunning for the group. Things have gone downhill ever since.

But stuck in the middle are 40,000 hapless homebuyers, who do not know who will complete the projects they paid for.

Many have been paying instalments for homes they do not know when they will get to live in. 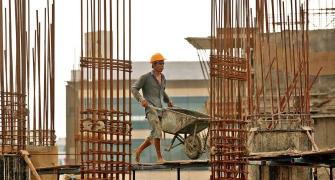 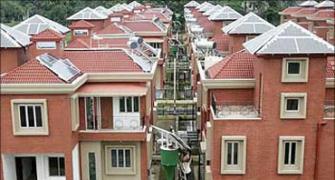 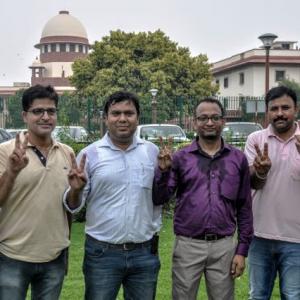