Ten central trade unions on Friday gave a call for a nationwide strike on May 22 to protest against the suspension of labour laws by some states during the lockdown period, and also decided to take the matter to International Labour Organization (ILO). 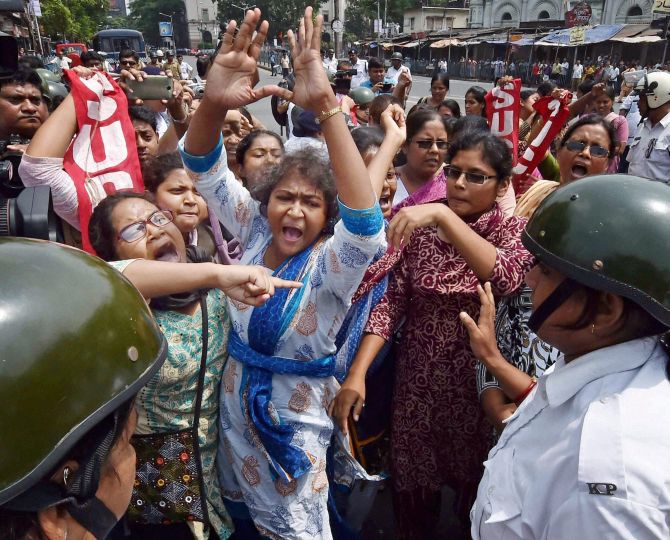 "The joint platform of Central Trade Unions (CTUs) in their meeting held on May 14 , 2020 took note of the critical situation for the working people in the country during the lockdown period and decided to enhance united actions to meet the challenge," a joint statement by 10 CTUs said.

"The joint platform...has decided to observe nationwide protest day against the anti-worker and anti-people onslaughts of the government on May 22, 2020," it added.

While Uttar Pradesh has suspended major labour laws, Madhya Pradesh has tweaked some rules amid the lockdown to spur economic activities. As per media reports, Gujarat, Tripura and many other states are following suit.

The CTUs have also decided to send joint representation to ILO in this regard. They said that suspension of labour laws violates international commitments on labour standards and human rights.

According to the statement, the Madhya Pradesh government has tweaked labour laws while Gujarat government has decided to increase working hours to 12 from 8 hours.

Assam, Tripura and several other states  have been actively preparing to take the same route, they added.

The move came after eight states -- Gujarat, Himachal Pradesh, Haryana, Odisha, Maharashtra, Rajasthan, Bihar and Punjab -- increased the daily working hours to 12 from 8 earlier  through executive order in violation of the Factories Act, taking advantage of the lockdown situation, they said.

These draconian measures have thrown vulnerable sections into conditions of slavery, the statement said.

The national-level leaders of the 10 trade unions would organise a day-long hunger strike on May 22 at Gandhi Samadhi, Rajghat,  New Delhi. Simultaneous protests would be jointly organised in all states.

Their demands include immediate relief to stranded workers for reaching their homes safe, food to be made available to all, universal coverage of ration distribution, cash transfer to all unorganised labour force (registered or unregistered or self employed), among others.

There are 12 CTUs in the country. RSS-backed Bharatiya Mazdoor Sangh has also given a call for nationwide protest against labour laws suspension on May 20.