The new owner may be allowed to dispose of assets accruing from the 10-26 per cent of the net assets of the company.
Arindam Majumder reports. 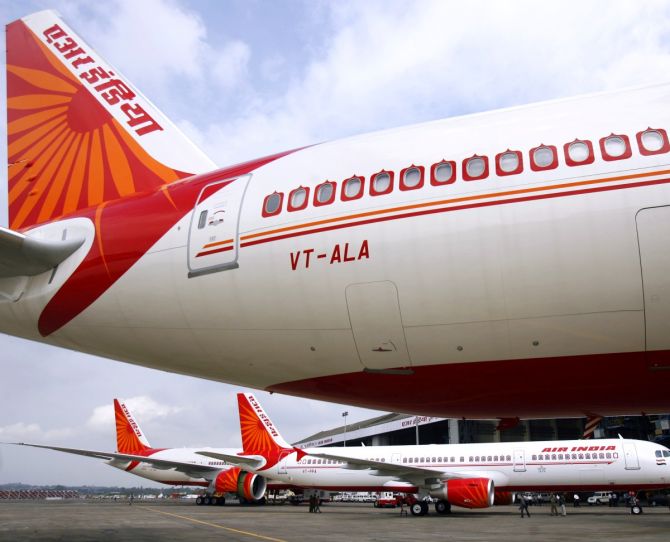 The central government is likely to make it easier for the new owner of Air India to trim the national carrier's fleet size by hiving off surplus aircraft lying grounded, even as the aviation sector waits for the pandemic's vise-like grip to loosen.

Since the skies are far from clear, the new owner will also be allowed to lay off employees, given their requirement will shrink with the reduction in the fleet size, said officials in the know.

While the current rules of the airline's disinvestment mandate that the new owner will have to guarantee employment to all personnel up to one year, the pandemic has forced airlines the world over to let go off some of their workforce.

India's largest airline IndiGo has fired around 10 per cent of its total workforce to mitigate the financial impact of the contagion. "Looking at the prevailing conditions acting as an overhang on the aviation sector, the new entity acquiring AI will be allowed to sell a few aircraft or return them to the lessor," an official stated.

"They are anyway grounded due to lack of demand. With some aircraft sold, the manpower requirement, too, will drop. Proportionately, there can be some layoffs," clarified an official.

The ratio has improved, with the company rolling out a leave without pay scheme, wherein employees will be sent on leave up to five years.

However, the government is likely to fix an upper limit up to which assets can be sold out.

A note by the Department of Investment and Public Management, the agency undertaking the sale process, says the new owner may be allowed to dispose of assets accruing from the 10-26 per cent of the net assets of the company.

Sources said the 25-plus narrow-body aircraft and 15 wide-body aircraft have been lying idle since the outbreak of the novel coronavirus, which has killed demand.

AI is currently operating around 68 per cent of its pre-Covid capacity in the domestic sector.

However, due to the ongoing Vande Bharat flights, some wide-body aircraft have been pressed into service, given the airline remains the only carrier in India operating nine-hour-plus flights.

"If demand doesn't improve, it will be unviable to operate those aircraft. Hence, such relaxation is likely to be given to the bidder," said the official.

These conditions are going to be part of the share purchase agreement to be shared with bidders, following which financial bids will be invited.

Salt-to-steel conglomerate Tata Sons, US-based financial fund Interups, Inc, a consortium of employees, along with a Delhi-based business house, have submitted expressions of interest to acquire 100 per cent stake in AI and its subsidiary Air India Express.

A transaction advisor will inform the qualified bidders by January 6, following which the bidders will be given access to the virtual data room of AI. 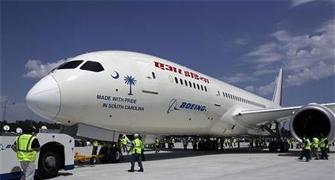 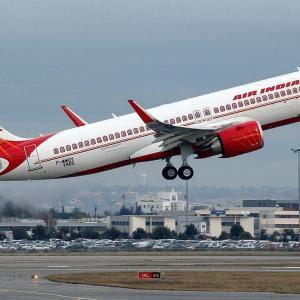 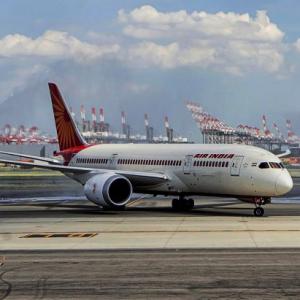