After 167 years, Railways to overhaul its signalling system 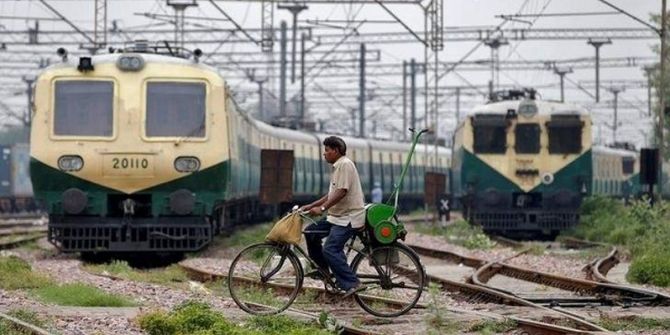 The Indian Railways is all set to overhaul its age-old signalling system by moving towards Automatic Train Protection (ATP) systems.

This is a huge revamp, because, for the last 167 years, the Railways’ signalling system has largely been the red and green signalling codes along the tracks.

Under the National Rail Plan, an investment of Rs 50,000 crore has been earmarked for the modernisation of railways' signalling and telecom systems over the next five years.

ATP is a safety system which looks at preventing accidents due to collision, jumping of signals (SPAD, or signal passing at danger, in railway parlance) and  over-speeding.

The system continuously checks the speed of a train against the permitted speed.

In case of any deviation, it activates an emergency brake to ensure that the train stops before the signal.

The anti-collision technology, which is a core element of the ATP system, primarily relies on GPS data obtained from satellites for position updates.

The speeding information is obtained from IoT devices fitted on the railway tracks and the train, and is transmitted through radio frequency to ATP controlling units to automatically apply the brake and prevent collision.

Both TCAS and ETCS are meant to keep tabs on over-speeding and signal pass.

ETCS is based on specifications developed by the Union Internationale des Chemins de fer, (International Union of Railways).

All EU countries have adopted this technology.

However, given the high cost involved in procuring the ETCS technology, for the past few years, Indian Railways has been developing its own ATP system.

Developed indigenously by the Research Designs and Standards Organisation (RDSO) and some Indian vendors, the Train Collision Avoidance System aims to prevent train accidents caused due to the non-observance of speed restrictions by train drivers as well as non-observance of rules in manual operations.

The system hinges on standard trackside equipment or sensors (IoT devices) and unified controlling equipment located within the train cab.

All the line side information is passed on to the driver wirelessly, so there is no need for him to watch the line-side signals.

While the Train Protection and Warning System (TPWS), based on ETCS Level-1 (wherein radio waves are used to help in train spacing), has been deployed on about 345 route km, TCAS has been implemented across 250 route km.

An additional 1,200 route km is being brought under TCAS by the South Central Railway. (A route km is the distance between two points by train on a railway network.)

“The TCAS has been tested for speeds of up to 160 kmph.

"The system can also help in increasing line capacity, as its upgradation to work with Automatic Block Signalling sections has already been field-tested,” a Railways official said.

“We have decided to go for Indian technology and have already lined up plans to implement it across 30,000 km.

"We want to improve TCAS by bringing it on a par with the ETCS,” the official added.

The Railways needs 5 MHz of spectrum in the prime 700 MHz band for both TCAS and allied services under ETCS.

The Department of Telecommunications is in the final stages of allotting it the 5 MHz premium spectrum that may come at a base price of Rs 35,000-40,000 crore.

To begin with, the Railways is looking at implementing TCAS on the Delhi-Mumbai and Delhi-Kolkata route, where it plans to increase the speed to 160 kmph.

ATP technology is mandatory for trains plying at 160 kmph.

What’s more, about 30,000 route km of the Railways’ High Density Network (HDN) and Highly Utilised Network (HUN), which are major freight routes, will be brought under the TCAS in a phased manner.

The HDN and HUN routes consist of 50 per cent of the Indian Railways network and handle 96 per cent of its traffic.

HUN, on the other hand, consists of 23,000 km and carries 36 per cent of railway traffic, which makes the implementation of the new signalling system in these areas even more important.

If everything goes according to plan, over 50 per cent of India’s railway tracks will get a revamped signalling system by 2025. 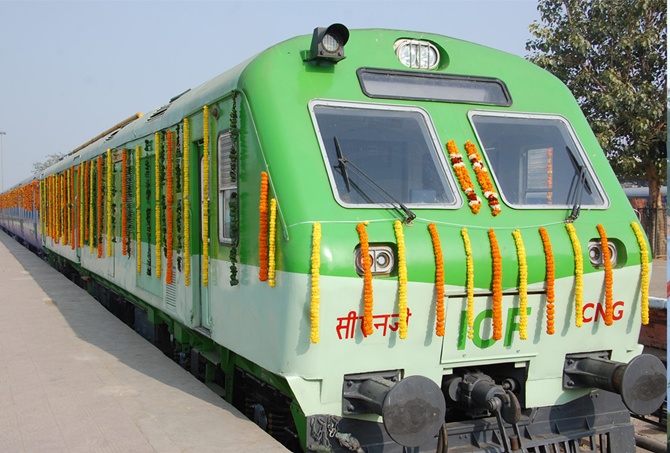