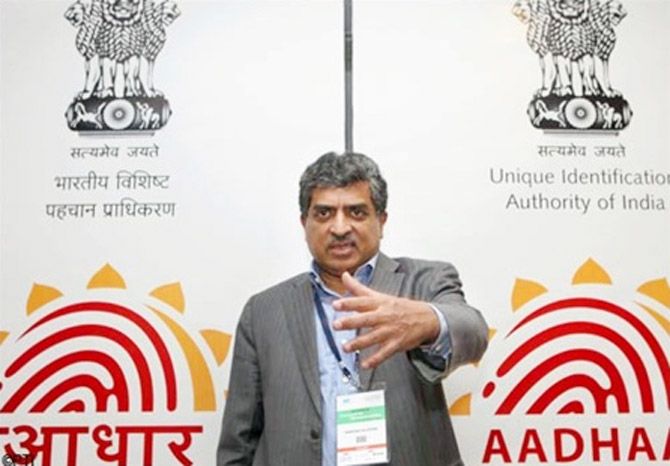 The government has linked seven projects to Aadhaar despite the National Democratic Alliance’s stance against the biometric identity card in the run-up to the elections.

Aadhaar, an ambitious initiative of the previous government, has been used to initiate mandatory attendance for government officials, prisoner identification and by linking it to passports, mobile SIM cards and provident fund accounts.

Aadhaar will also be used in the Digital India project to serve as a cradle-to-grave digital identity.

Cash transfers for cooking gas have been restarted after being shelved by the previous government due to ground-level challenges.

A Supreme Court order ruling that Aadhaar could not be made a condition for availing of state welfare also contributed to its discontinuance. 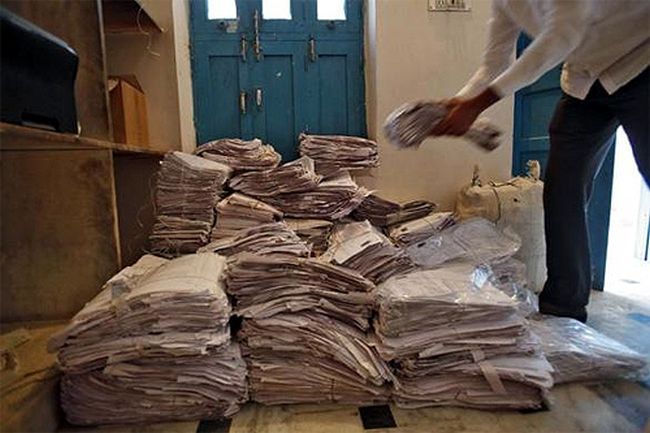 Image: A person arranges the Unique Identification documents submitted by people for their enrolment in Rajasthan. Photograph: Mansi Thapliyal/Reuters

Officials said another unfavourable ruling from the Supreme Court could again halt or slow down the Aadhaar project.

The government must first address the previous court order, they warned.

Since last September, when the court delivered its verdict, not just the Centre but also the three-member Bench of judges, along with the law officers of the country, have changed.

“The matter has not come up for hearing for several months now,” said an official. 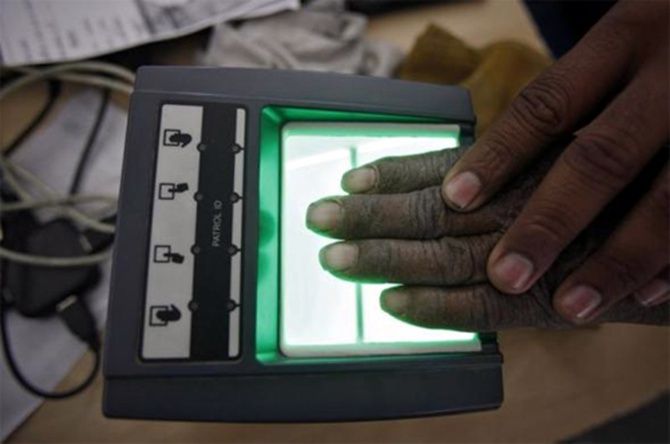 Image: A villager goes through the process of a fingerprint scanner for the Unique Identification database system at an enrolment centre at Merta district in Rajasthan. Photograph: Mansi Thapliyal/Reuters

Also, Aadhaar is still being run by an executive order because the enabling legislation is yet to be passed by Parliament.

In his first meeting on Aadhaar and the National Population Register, Prime Minister Narendra Modi had directed Finance Minister Arun Jaitley to sort out the legal issues.

The expenditure department in the finance ministry had been given the job, another official said.

In all new schemes, Aadhaar is being made optional so that the court’s order is not violated.

But this is hurting the effectiveness of Aadhaar as a means to plug welfare leakage. 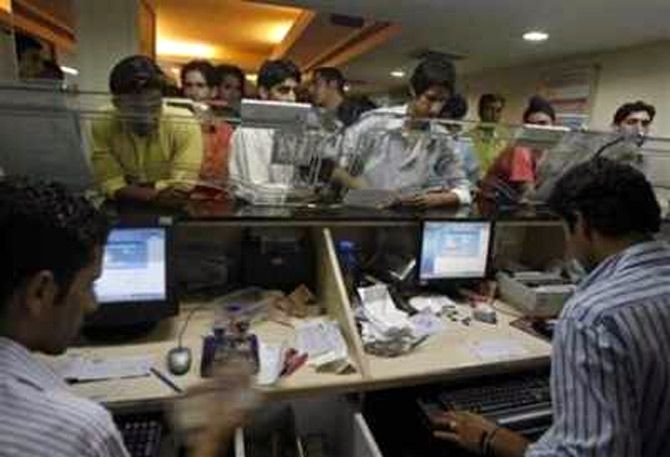 “Fakes, duplicates and leakages can never be fully eliminated,” the official argued.

Soon after taking over, the Modi government ordered all government departments to be covered under the Aadhaar-based biometric attendance system.

This was meant to push transparency and was the prime minister’s first stamp of approval for the project.

Attendance is now updated in real time on a public portal.

In a September meeting at the Prime Minister’s Office, it was directed that mobile SIM cards and passports be linked to Aadhaar. 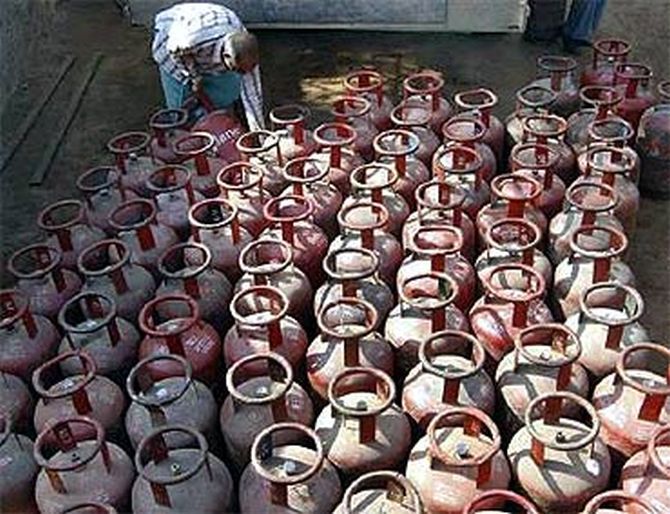 Since biometrics are collected for passports, the idea is to not duplicate the effort if a person already has provided her biometrics for Aadhaar.

Linking with Aadhaar is meant as proof of identity and address before issuing new phone numbers.

Efforts are also on at prisons to bring inmates into the Aadhaar grid.

Several leaders of the Bharatiya Janata Party, including Modi, had earlier criticised the Aadhaar project as a waste of taxpayers’ money.

There was widespread fear of Aadhaar being scrapped by NDA.

The government has, however, asked the Unique Identification Authority of India and the home ministry, which controls the National Population Register project, to ensure universal coverage by June 2015.

In fact, Aadhaar’s biggest endorsement has come from the home ministry, which had been its more aggressive opponent even under Rajnath Singh. 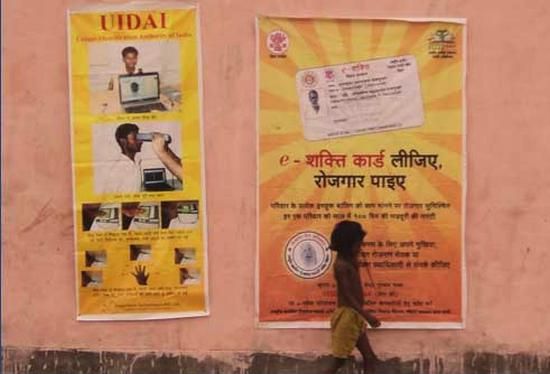 Image: Earlier this month, the Cabinet approved a modified version of cash transfers for the cooking gas subsidy to begin from mid-November in 54 districts, and in the rest of the country by January. Photograph: Reuters

In a letter to all state governments, the home ministry recently said Aadhaar number would facilitate 'anytime, anywhere, anyhow' authentication to beneficiaries.

“As more and more government services are going to be linked to Aadhaar, it will be of utility to have an Aadhaar card.

"Aadhaar will, hence, help the poor to take the benefits or the facilities provided to them by the government that could not be accessed (by them) earlier.

"Aadhaar will become the simplest way of proving one’s identity,” the letter said.

Earlier this month, the Cabinet approved a modified version of cash transfers for the cooking gas subsidy to begin from mid-November in 54 districts, and in the rest of the country by January.

Solicitor-General Ranjit Kumar had, however, advised against resuming cash transfers in cooking gas without taking the Supreme Court’s approval.

The government should first place the report of a committee appointed to study the scheme before the court and seek a modification in its ruling, he advised.

The Centre is likely to approach the court in the coming weeks over the cooking gas subsidy. 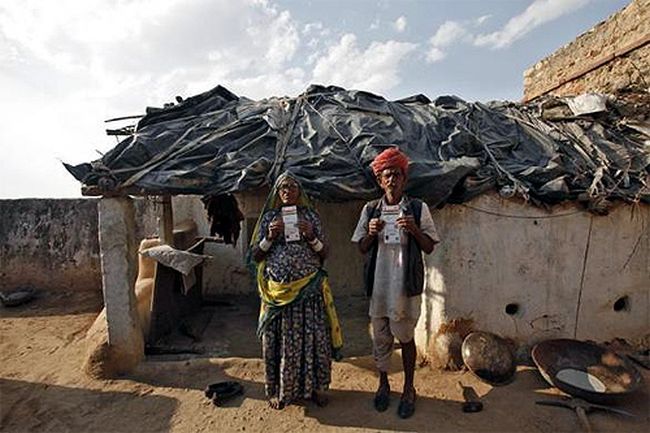 Image: The Centre is likely to approach the court in the coming weeks over the cooking gas subsidy. Photograph: Reuters 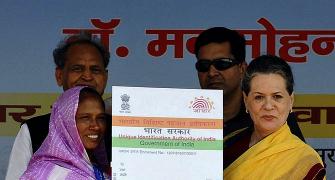 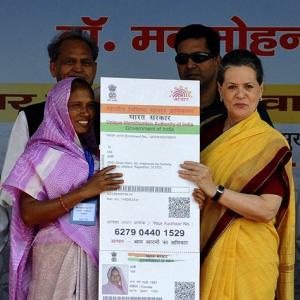