News
Business
Movies
Sports
Cricket
Get Ahead
Money Tips
Shopping
Sign in  |  Create a Rediffmail account
Rediff.com  » Business » A rate cut would be against odds, but likelihood is rising

A rate cut would be against odds, but likelihood is rising 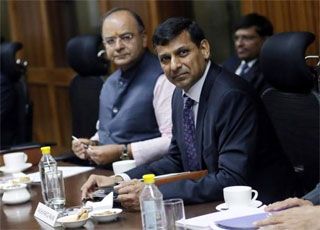 The correlation between growth in gross domestic product (GDP) and broad stock market returns isn’t strong. The best illustration of this is a comparison of Chinese GDP growth with the movement in the Shanghai Composite Index (SHCOMP). Since 2004, the SHCOMP has lost an absolute 19 per cent, despite the Chinese economy seeing consistently high GDP growth during this period.

In a closed economy, this is easy to understand. First, returns from the stock market are directly comparable to debt returns and if debt returns drop, money is more likely to flow to equity. Second, liquidity depends on rates and low rates are usually associated with high liquidity. The higher the liquidity, the greater the likelihood of money flowing into stocks.

In a globalised economy, however, exchange rates also become important, as money can be moved easily and liquidity isn’t dependent on domestic interest rates. So, in a modern open economy, analysts believe interest rates and exchange rates are two key variables that help predict stock market trends with some reliability.

For the rupee, with currency controls, this conversion mechanism is imperfect. The Reserve Bank of India (RBI) can keep rates where it wants to, through intervention if necessary. RBI looks at currency flows in both directions, external balance of payments, trade trends, etc, and sets a band in which it wants the rupee to be traded.

That band will also be influenced by cross currency rates. Right now, every major currency appears to be easing against the dollar. The yen has fallen to multi-year lows and the euro is weak. The Chinese, who maintain a currency peg to the dollar, have just cut interest rates and that means the yuan might also ease against the dollar.

There are signs the rupee might end up being too strong against the dollar by default. If that happens, the country’s current account deficit will increase because imports will rise and exports fall. In October, exports declined, after rising for several months in succession. Strong buying by foreign institutional investors is also tending to push the rupee up.

Under these circumstances, RBI might be looking to pull the rupee down slightly. Typically, the central bank is wary about weakening the currency because India has to import 80 per cent of its crude oil requirements. But oil prices are headed to multi-year lows and this might provide RBI the courage to weaken the rupee and push exports.

There are several ways in which the rupee can be held down. For instance, RBI might buy dollars, pushing the rupee down quickly, but not necessarily holding it down in sustained fashion. Or, it could cut domestic policy rates at its monetary policy review on Tuesday. A rate cut would change real interest rate equations and, consequently, lead to a lower rupee.

If RBI does tinker with the exchange rate, it will inevitably impact the stock market. A rate cut is likely to strengthen the bull run because it will be a positive surprise. As of now, the consensus is RBI will not cut policy rates on Tuesday.

Though a rate cut is against the odds, its likelihood is increasing. 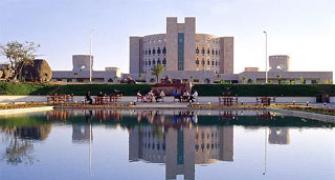 ISB to soon bring two alumni on its board 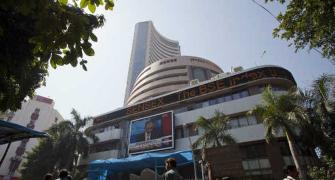 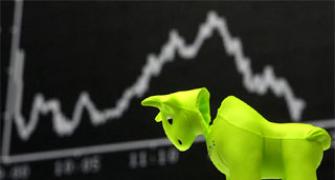 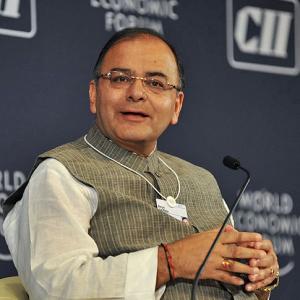 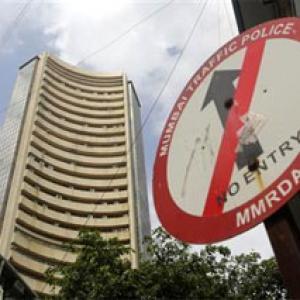