News
Business
Movies
Sports
Cricket
Get Ahead
Money Tips
Shopping
Sign in  |  Create a Rediffmail account
Rediff.com  » Business » 'This will lead to a law of the jungle'

'This will lead to a law of the jungle'

'Just as coronavirus has come to us from China, this disease is also coming from that country.'
'India is a strong democracy and you cannot compromise on labour laws in this manner.'
'These changes will be challenged in court.' 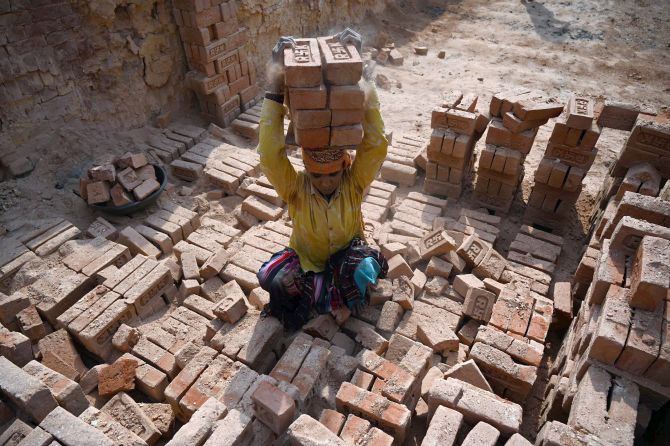 Uttar Pradesh and Madhya Pradesh (and subsequently Gujarat) have proposed exempting businesses from a set of labour laws to boost investment in the next two-three years.

But trade unions are agitated.

"UP and MP are creating a situation where there will be no rule of law and the two parties (employers and employees) will have to settle the course on the streets," Rashtriya Swayamsevak Sangh-affiliated Bharatiya Mazdoor Sangh national President C K Saji Narayanan tells Somesh Jha.

What do you think of the labour law reforms introduced by UP and MP?

This will lead to a law of the jungle.

UP and MP are creating a situation where there will be no rule of law and the two parties (employers and employees) will have to settle the course on the streets as the Industrial Disputes Act of 1947 has been withdrawn.

Safety will be compromised because the provisions of the Factories Act will no longer be there.

A paltry amount of Rs 80, which goes into a welfare fund per worker every year in Madhya Pradesh, will no longer exist.

What is your course of action?

We will discuss the issue with our office-bearers in both states and also in other states that are planning to do similar labour law changes and decide.

We will surely agitate and protest.

Do you agree labour laws need to be reformed?

What is the emergency? These could very well be discussed in a tripartite forum where industry, workers, and government can sit together.

These are against the ILO (International Labour Organisation) conventions, ratified by Parliament. The conventions have become the law of the land and won't sustain legally.

Once Parliament ratifies these, even state governments cannot do anything.

It will surely become a big issue in the ILO which will issue a show cause notice to India.

Already, India has been put on trial for doing away with the inspection system in the proposed labour codes some years back.

The government had to take a step back and re-introduce the provisions, terming inspectors inspectors-cum-facilitators in the proposed law.

Probably, the advisors who have drafted these aren't aware of these.

What can the ILO do?

The ILO can impose sanctions on India because it is a specialised agency of the United Nations.

Are you more concerned about the changes made by UP than in MP, because most labour laws have been proposed to be written off?

We are concerned equally (about both). Both states have exempted industry from labour laws for around three years.

This is a new pandemic coming to India, which will spread to other states and is perhaps more dangerous than coronavirus.

Just as coronavirus has come to us from China, this disease is also coming from that country.

What is the need of the hour in terms of reforming labour laws?

India requires bureaucratic reforms. Red tape is the biggest hurdle in the ease of doing business and not labour laws. Our bureaucrats continue to follow the practices of the British era.

But industry and economists say labour laws are an impediment to investment.

The World Bank was also of the same belief till 2009, when it dropped the idea. The 10th item in the Ease of Doing Business was related to labour, but this was subsequently dropped.

How can human beings be a hurdle to investment?

There is an argument that labour laws have led to informalisation in the labour market.

Laws are meant to formalise and not informalise.

We do agree that some inspectors are corrupt, but is it a problem only when it comes to labour laws?

Why not withdraw inspection related to customs or excise? Or why not do away with police inspectors too?

How do you suggest more workers can be brought into the formal sector?

In India, you have to run from pillar to post first to get a bank loan, do registration, get licence, etc.

Now, it is also true that due diligence has to be done. This holds more significance after what has happened in Visakhapatnam.

Why do you think the labour reforms of this kind have been initiated by BJP-ruled states? Do you think it gives them comfort that the same party is also in power at the Centre?

The Union labour and employment minister told us a couple of days back in a meeting with trade unions that no labour laws will be introduced through ordinance, but through the ordinary route. They had no intent to change these laws through this route.

It is happening because of so-called competition between the states because they are living in the illusion that companies will quickly shift base from China.

Companies will instead go to Vietnam and Taiwan because they operate on similar lines as China, where human rights have no value.

India is a strong democracy and you cannot compromise on labour laws in this manner. These changes will be challenged in court.

Do you feel that the governments have been taking advantage of the pandemic to introduce these changes?

Employers were demanding these changes even before the pandemic. They are trying to fish in troubled waters. 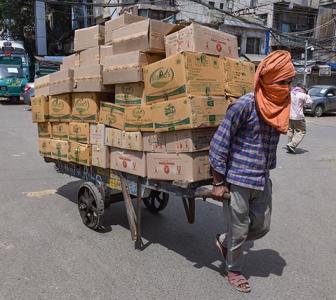 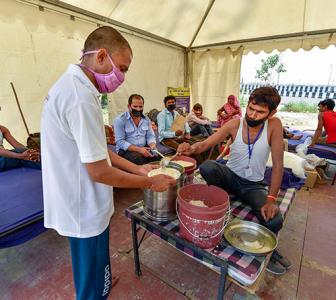 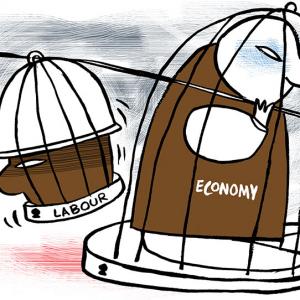