'He is a busy man these days, still, he makes it a point to call me at least once a month.' 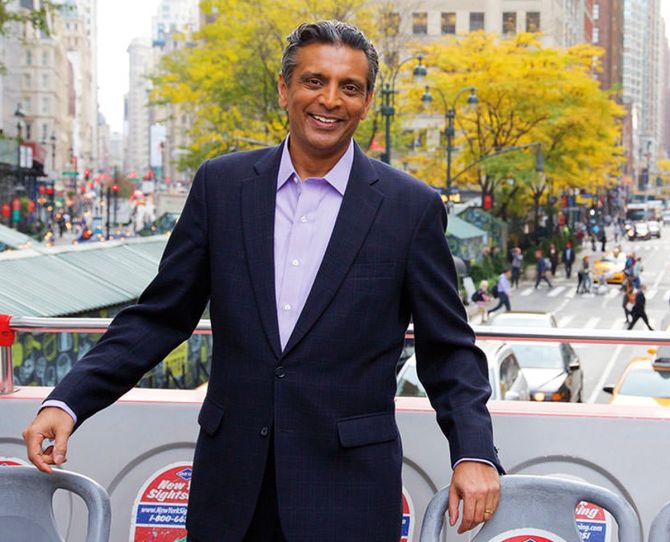 Raj Subramaniam is the latest addition to the list of Indian Americans like Sundar Pichai, Satya Nadella, Parag Agrawal, Arvind Krishna who have reached top positions in some of the major American companies.

Raj's brother Rajeev Subramaniam also works with FedEx, in the IT division.

Shobha Warrier/Rediff.com spoke to Raj's father C Subramaniam, who retired as Kerala's director general of police, about his son.

As a child, did you see leadership qualities in Raj?

I saw more brilliance in him. He was exceptional and academically very bright throughout.

He studied at the Loyola School in Trivandrum, and he had stood first in school in the ICSE board examination.

His concentration power was very high.

He never used to sit down and study for hours as he had so many other interests too.

He was very fond of tennis and cricket and was fairly good at tennis. Even now, I think he plays tennis during the weekends.

You were a police officer. Were you a strict father?

No, not at all. I was a very liberal father, not strict at all.

Our household was quite liberated, and the children grew up without us being strict on them.

He was equally influenced by his mother who was very gentle and a very religious lady.

She was a wonderful mother. Even though she worked as a doctor (Raj's mother, Dr B Komalammal was a retired health director) and was busy with her work, she took great efforts to groom, train and teach him and his brother.

As she had teacher-like qualities, her help was available in abundance for him.

He used to play and study with the other children in the neighbourhood, and probably that also helped him in his outlook. 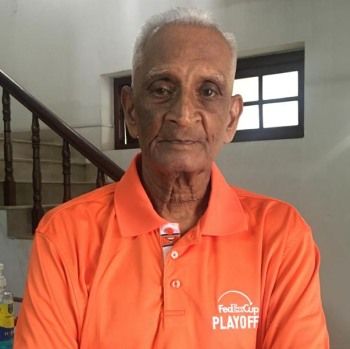 My second son was interested in medicine, but somehow, he decided to study computer science.

In the Kerala entrance examination, he had a very high rank and got admission in the Trivandrum Engineering college to study computer science.

My first son was not interested in both civil service or medicine.

When I was on deputation as the IG of the CRPF in Hyderabad, he was around 17 or 18 and was studying at IIT-Bombay, he used to frequently come to Hyderabad to visit me.

I gave him the hint that if he joined the civil services very early, his seniority was guaranteed.

The youngest age of entry is 22 and by that age, he would pass out of IIT too.

For a person joining late, the chances of reaching the top are limited because seniority is one of the main criteria for promotions in the IAS.

So, I told him to write the examination at 21 so that he could join when he was 22.

I told him, that if his rank is high, you will get the state of your choice.

He thought it over for a moment and said, 'I am not interested in civil services. This is the age of technology and not the age of files'.

So, IAS was out of the question for him. But he was very sure about what he wanted to do. His plan was to go to the USA for higher studies if he got a scholarship.

He was not interested in the IAS at all.

But you wanted him to write the civil services examination...

I was keen that he joined the civil services, particularly the IAS because it was the premier service. I felt he would do extremely well as an IAS officer.

Then, of course, it is safe and promoted by seniority unlike in the corporate sector in India and much more so in the US where every promotion is based on merit and not seniority.

In such a scenario, your age does not mean you are better.

But at that time, there was a lot of attraction toward the United States.

You see 70% of the students who passed out of IITs moved to the USA in those days.

Was it because they felt merit was appreciated there?

Yes. But many people were left out too.

Whereas in civil services, promotion and your rise to the top is guaranteed based on your seniority. 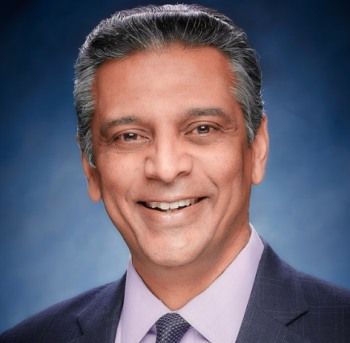 Were you worried or encouraging when he decided to go to the US for higher studies?

I was encouraging, of course. I gave both of them the freedom to make the choice.

I told you, we are a very liberal household where children would decide what they wanted to do.

Then, an outdated police officer doesn't know what happens around the world! I am talking about the thought process, conceptual skills, etc.

I am of the opinion that young people have the ability to think better.

If you look world over, you will see that it is the younger people who discover things.

The great (Subramanian) Chandrasekhar got his Nobel Prize when he was just 30 years old!

I read that it was by accident that Raj joined FedEx. Is it true?

It is true. After going to the US, he did his MS and then MBA from the Texas Austin School of Management.

After the course was over, he came back to India for a few months.

It was also the time of recession in America. The 1991 recession. And jobs were not available.

Many students had to come back to India because they did not get jobs there.

The FedEx team had come to Raj's university for a campus interview and one of the boys who got selected to work at FedEx came back to Madras to join his family business.

By then, Raj had already gone back to America as he had no intention to come back to India permanently.

When he came to know about this, he rang up the FedEx office and spoke to them. Then they asked him to go for an interview.

So, he jumped onto a flight the very next day and attended the interview. And he was selected.

These days, young people move from one company to another quite frequently, but Raj stuck to FedEx for 30 years and now he has become the CEO...

Not just Raj, my second son also has been with FedEx for 28 years.

I personally believe it is not a good idea to change companies frequently for more money.

My theory is that initially, a person must choose a company with care.

Once they start working, they should not get enamoured of the money and lifestyle other companies offer. I see that some people change jobs every two years. 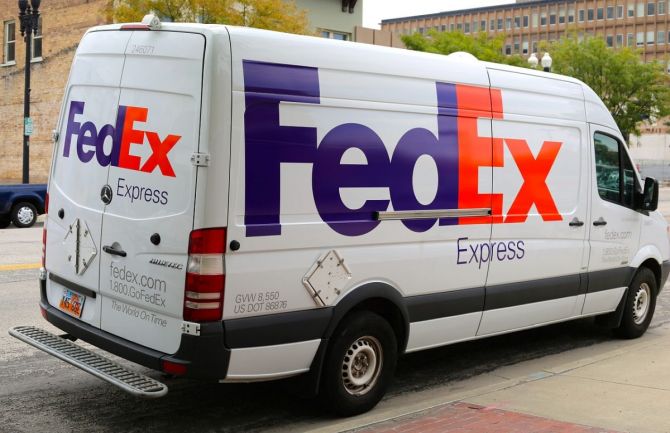 Do you feel his loyalty to the company and hard work helped Raj in becoming the CEO?

Working in one company for a long helps you understand its functioning well. You need more time to understand big companies.

That's why I said, you choose your company wisely.

According to me, as much as the company fits you, you should fit the company too. It is a two-way process.

So, in the case of Raj, it happened both ways...

Yes, it happened in both ways. You have to fit into the culture of the company and big companies certainly have a culture.

It was a constant evaluation, and in the process, the company felt they found their man.

How often do you visit your sons?

Last two-and-a-half years, they have not come here also due to the pandemic. Otherwise, they used to drop in periodically.

How often do you talk to each other?

He is a busy man these days, still, he makes it a point to call me at least once a month.

When he calls, other than family matters we talk about many things including the politics of Kerala and India.

Our talks are not confined to what he does at work. But it is never very long talks.

It is like any family talking to each other. Nothing more than that.

I don't advise him on anything as I know he knows what to do, and doesn't need any advice from me.

When did he call to tell you about his new appointment?

Immediately after it was officially announced that he was appointed as the CEO, he called me to let us know the news.

Are you a proud father now?

I take everything in my stride. I don't take anything in a superlative term.

Both my children are hardworking, intelligent, and passionate about their work.

I won't say I am proud of my children; I am affectionate to them, and I wish them well!! As an old man, I can only do that much.

Indra Nooyi: 'Female leaders have it much tougher' 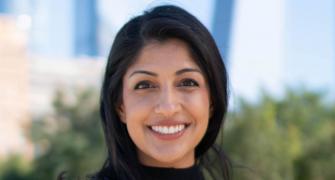 How Anjali Sud made it Big at Vimeo 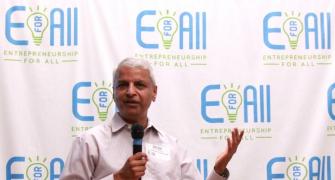 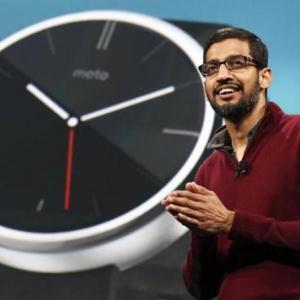 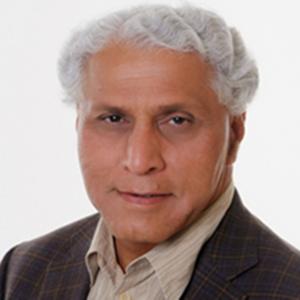