'They want (the ownership and management of PSU banks) to pass into the hands of a private sector entity.'
'Ownership of these banks will go from the public sector to private sector.' 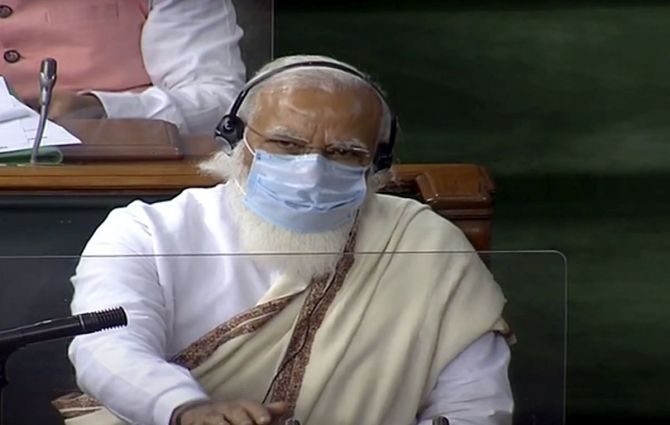 Dr Ajit Ranade, president and chief economist at the Aditya Birla group, offers a glimpse into the major Budget proposals tabled by Finance Minister Nirmala Sitharaman on February 1 and how the government plans to raise resources to stimulate economic revival.

Talking about avenues available to the government for pruning the high fiscal deficit of 9.5% for the current fiscal to 6.8% in 2021-22, Dr Ranade tells Prasanna D Zore/Rediff.com, "The government has enabled various avenues for moneys to flow in, and that will go some way in meeting the fiscal deficit cap (of 6.8 per cent of GDP)."

With the increase in capital expenditure from Rs 4.39 lakh crore to Rs 5.54 lakh crore for the next fiscal year, how do you think the finance minister will raise funds for this allocation?

Total extra borrowing of Rs 12 lakh crore is going to be done. The resources are going to be raised through borrowings, through the banking system, or through foreign investors who invest in India's debt market.

But because there is so much daily liquidity available right now, the RBI is handling Rs 7 lakh crore on a daily basis as money is flowing from banks to the RBI and back on a daily basis. Certainly, much of it can go towards financing the (fiscal) deficit.

India's savings rate is still around 25 per cent; part of this savings goes to buying government bonds and supplying funds for government borrowings and then foreign investors keep investing in the debt markets to the tune of Rs 2 lakh crore and there are chances this number too can go up.

Beyond all this, there is also the revenue mobilisation plan of the government in terms of privatisation of (PSU banks) and IPO (initial public offering) of LIC.

If successful, this IPO can raise Rs 1 lakh crore for the government.

But the government's divestment plan for 2020-2021 has not been met. Against the budgeted Rs 2.1 lakh crore the government could raise only Rs 20,000 crore in the current fiscal.
Are you confident this year's divestment and asset monetisation targets will be met?

Last year's target was for divestment and that Budget was done in February 2020 and in a month's time the lockdown was announced because of the pandemic.

The entire economy was shut down for at least two-three months. Then, the economy underwent a demand and supply shock, and the stock market crashed by 50 per cent in March and April (2020).

So, given these circumstances, one cannot say that (the government failed to mobilise resources through divestment).

But this year the government also plans to monetise its assets. Under this programme, the toll highways that belong to the National Highways Authority of India will be monetised by selling them to private toll operators.

Land belonging to public sector companies or (Indian) Railways will also be sold off under this programme to raise more resources.

There are three different things: Asset monetisation, which include revenue generating assets like toll roads; divestment of PSEs; and third is privatisation by which two public sector banks will be privatised outright.

Would you consider the privatisation of public sector banks as one of the boldest reforms that could have happened in this year's Budget?

Usually governments don't use the word privatisation; they usually use other words like divestment, but the government this time has said outright privatisation, which means they want (the ownership and management of PSU banks) to pass into the hands of a private sector entity.

Ownership of these banks will go from the public sector to private sector.

There was an NDA minister 20 years ago, Yashwant Sinha, who told Parliament that he would like to reduce government holding in banks, which, of course, never happened, but the intent was expressed (then) by an NDA government under (then prime minister Atal Bihari) Vajpayee. It might happen this time.

I already gave you the different avenues of resources that can come in either through divestment, asset monetisation, privatisation, through FDI in insurance, where the limit has been raised to 74 percent.

There will be money coming through infrastructure investment trusts (InvITs) and real estate investment trusts (REITs), where they (the government) are now allowing sovereign wealth funds, pension funds to come in without any TDS; earlier there was some problem related to TDS.

The government has enabled various avenues for moneys to flow in, and that will go some way in meeting the fiscal deficit cap (of 6.8 per cent of GDP).

Also, if the growth is good, then revenue from tax collections would also increase. Right now they are only budgeting 10 per cent growth in tax collection, but actually if GDP is growing at 15 per cent, then tax revenue may also go up by 15 or 18 per cent, in which case they are underestimating or being conservative about revenue receipts.

What kind of job creation are we likely to see given the huge capital expenditure, the huge increase in the healthcare sector and also increase the insurance in FDI to 74 percent from the current 49 per cent?

Capital expenditure and infrastructure spending will go towards building roadways, highways, ports, and many of these construction activities require unskilled or semi-skilled labour.

It also gives a boost to demand for construction material like cement and steel; then usually, when the road is built, the value of the land alongside the road goes up as along the highways restaurants, hotels, dhabas can come up where new businesses will create jobs; so the capital expenditure can have a multiplier effect.

Are you worried that the allocation for NREGA has been reduced by 35 percent?

NREGA is actually not a rural employment creation programme but like a proxy for unemployment insurance.<

In Western countries, if somebody is unemployed, then they get a direct dole from the government.

If job creation is happening, then demand for NREGA will be that much lower next year (and hence the cut in NREGA allocation).

Prime Minister Modi said that the Union Budget 2021-2022 has farmers at its heart. Could you tell us what provisions in the Budget will help increase farm incomes?

I don't think there is any direct (provision to increase farm incomes). As such agricultural credit in the form of farm loans has gone up to around Rs 16.5 lakh crore (from Rs 75,060 crore in 2020-3021) but, of course, there are tenant farmers who don't necessarily get the farm loans.

So the PM KISAN Yojana will continue which is about Rs 6,000 per family per year (in three equal installments of Rs 2,000 each) to a hundred million families.

But the biggest solution to the farm crisis is to create more industrial jobs so more farmers can come out (of their dependence on farm incomes), like when we saw a huge boom in industrial growth from 2004 to 2010. At that time this created millions of jobs outside the farm sector.

The biggest solution to the farm crisis is to create millions of jobs outside the farm sector in industrial and services sector.

What factors could upset the Budget applecart? Government's revenue receipts are based upon assumptions of economic revival, GST tax collections and tax buoyancy.

If there is a second wave of (COVID-19) infection and currently we have another resurgence of the pandemic, then that could dent some of these assumptions.

The other risk is of geopolitical tension; we have had some friction on the India-China border issue last May and June in Ladakh, but I hope something like that doesn't happen. These risks though are small risks.

While the stock market went into bull frenzy on Budget day, the yields in the bond markets surged. What was that concern about?

When the bond yields go up, it indicates the debt market is expecting more borrowings from the government, which is what the fiscal deficit is about.

If that happens, the cost of borrowing will go up because more funds are being demanded by borrowers (and government is always the biggest borrower). This cost of borrowing is called interest rate. So yields are going up in that expectation.

The stock market was exuberant because it is a budget that provides a strong stimulus for economic growth and there were no new taxes.

Is the bond market worried about crowding out of private investment as the government enters the market with its borrowing programme?

While the government is going to borrow Rs 12 lakh crore, the total supply of funds that can be mobilised will be more. As I said, not only domestic savings but foreign investors will also be coming. 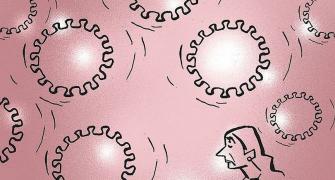 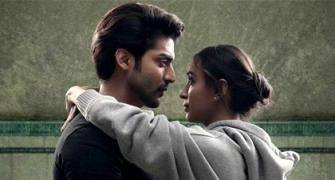 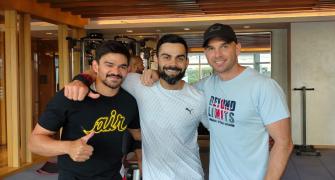 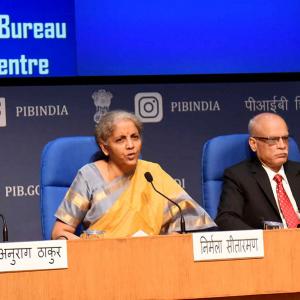