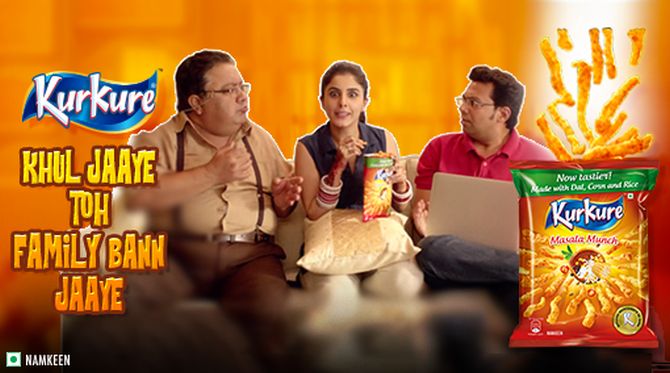 It's likely that, when you think about threats to the freedom of speech and expression in India, you imagine that the government is the big threat.

If you are perhaps the sort of person who has been following it a little more closely, you might worry about unhinged mobs, empowered by a State that fails to protect its citizens from vigilante justice.

And there is much to be worried about in both cases.

The government is indeed a threat, as are marauding mobs. But the truth is that corporate India is a pernicious threat too -- perhaps even more dangerous in some ways, and maybe more effective.

Consider the latest such development.

PepsiCo has obtained, according to the Web site Medianama, an interim order from the Delhi high court taking down tens of thousands of posts on various social media Web sites that attacked Kurkure, the conglomerate's fast food product.

Though, seriously, in such cases 'food' should be contained within inverted commas. The company claimed that these posts furthered the myth that Kurkure contained plastic.

Some such posts, however, were simple humorous riffs on Kurkure's awfulness, or commentary on and satirisation of the pervasive myth itself -- which should be permitted under the free speech regulations of any liberal country.

Think about this for a second. Naturally, Kurkure does not contain plastic.

I am quite certain that if it did so, then the Centre for Science and Environment, which has worked pretty hard at checking up on PepsiCo in the past, would likely have pointed it out by now.

But I don't think that claiming it tastes like plastic should be the subject of litigation.

Indeed, if I were PepsiCo's senior management and I discovered that one of the most generally believed facts about a major brand was that it was full of plastic, I would worry less about the posts claiming it, and more about why everyone was so willing to believe the story.

But why should a company seek to use the law to control what people say about its product in this manner?

Is this a campaign orchestrated by its corporate rivals?

Or is it just another Internet meme of the sort that occasionally comes along?

What does it say about Indian law and jurisprudence that a company would prefer to fight a branding battle in the courts rather than through a marketing campaign?

Politicians might call your editor; some companies -- that will, for obvious reasons, go nameless -- might sue you for hundreds of crores.

Many of us are trolled or threatened on Twitter. But a big defamation suit is far more likely to have a chilling effect on speech than simple trolling.

Many people have long argued that criminal defamation is a relic of the past that must be abolished.

It biases speech that is actually expressed towards those who are more capable of using the law in their defence -- in other words, it protects the rich and particularly the most unscrupulous companies.

As a consequence, we have a far less compliant and values-driven private sector than we deserve.

We go after companies and corporate leaders once the evidence has piled up against them, and not before.

Politicians, for all their faults, are less likely to use the law against the media. Any journalist could name half a dozen companies that are more dangerous to discuss in print than any politician in India, even the prime minister.

We cannot expect companies to be paragons of virtue.

After all, PepsiCo's management could legitimately claim that their sole duty is to maximise shareholder value using all the tools at their command -- including the law.

No, if we want a better private sector then we need to change the law to make it more difficult to intimidate Web sites and social media users.

None of this should, in any way, be construed as support of fake news. If there is indeed a coordinated campaign against Kurkure, it needs to be acted against.

But if there is a simply fake news being spread, then it is important to realise that retrospective legal action is not likely to silence rumours.

Instead of misusing the law, I suggest corporate India join the fight against fake news.

The rest of us worry endlessly about politically motivated rumours, or WhatsApp lynchings, or concocted viral videos about Rohingyas or riots.

Some of us, like the business journalist Govindraj Ethiraj, have actually set up fact-checking Web sites trying to address this problem.

The cure for bad speech, like fake news, is more speech.

If corporate India wants to fix the fake news problem, it should work with those who are already addressing it. 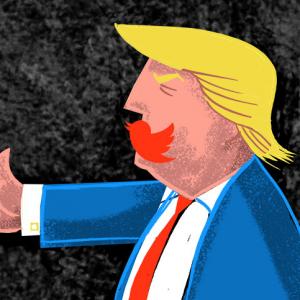