News
Business
Movies
Sports
Cricket
Get Ahead
Money Tips
Shopping
Sign in  |  Create a Rediffmail account
Rediff.com  » Business » What is the RBI governor up to?

What is killing the risk appetite of the bond buyers is the inconsistency in the central bank's approach.
It needs to allow the yield to find its own level, gradually.
To ensure that, the RBI may adopt a similar approach with which it handles a slipping rupee, asserts Tamal Bandyopadhyay. 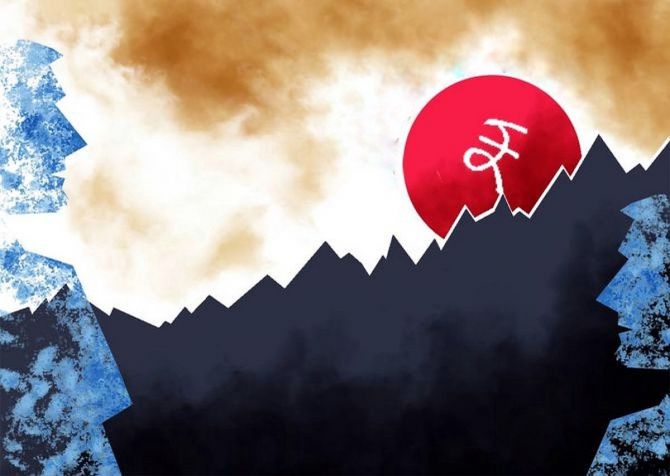 On February 24, in an interview to a national business news channel, Reserve Bank of India Governor Shaktikanta Das once again urged the market to 'trust' the central bank, which is for the "orderly evolution" of bond yield curve.

Finally, he made a point that the bond market must read all messages from the RBI -- its words, actions as well as subtle and not-so-subtle signals. All instruments are on the table and more can be added.

The net result of the governor's moral suasion? The news on the interview pushed the bond yield down by 4 basis points in the morning, but by the end of the day, it rose 2 basis points from there, leading to a fall of just 2 basis points, with the 10-year benchmark bond yield closing at 6.15 per cent. (One basis point is a hundredth of a percentage point.)

A day later, from another platform, the governor read out the familiar script: 'We will continue to support the recovery process through the provision of ample liquidity in the system, while maintaining financial stability.'

The bond market is just refusing to listen to the central bank.

Since then, the graph is moving northwards despite the central bank's aggressive intervention -- both in words and action. Last fortnight, it closed at 6.23 per cent.

Why? It's elementary, my dear reader: The wide gap between demand and supply.

The RBI seems to have its own logic. Historically, the spread between the Indian central bank's policy repo rate and the 10-year yield is around 150 basis points. Since repo rate is 4 per cent now, the 10-year bond yield should be around 5.5 per cent.

But that's in normal circumstances. The size of the government borrowing is too high to be absorbed by the bond buyers. In the current financial year, the central government is borrowing Rs 12.8 trillion.

Add to that, around Rs 8.25 trillion of state development loans and another Rs 1.1 trillion borrowing by the central government to take care of the shortfall in the GST collection of the states. This pegs the total borrowing at Rs 22.15 trillion.

There will be little respite in the next year when the collective borrowing of the Centre and the states will be at least Rs 20 trillion.

Who buys the government bonds?

Going by the September 2020 data, the share of banks, including their primary dealer arms, in this market is a little over 40 per cent, followed by insurance companies (25.33 per cent), provident funds (4.77 per cent) and mutual funds (2.42 per cent).

The primary dealers, which are not owned by banks, hold less than half a per cent of the total bond portfolio even as the RBI's share is 15 per cent.

The combined share of foreign institutional investors and portfolio investors is less than 3.5 per cent. In fact, in fiscal year 2020, this set of investors had pared its government bond portfolio by Rs 35,111 crore (Rs 351.11 billion); by the last week of February, their holding has shrunk further.

Yes, inflation expectation plays a critical role in the pricing of bonds, but this alone does not drive the pricing. It is reflecting the demand-supply mismatch, but the Indian central bank doesn't seem ready to accept this.

Till recently, the risk appetite of the bond buyers was strong as the economy was contracting and interest rate was falling. But the context has changed.

None can question the RBI policy of leaning against the rising yield, but the problem is with the way it is being done.

The central bank's balance sheet is expanding because of its intervention in the foreign exchange market, limiting its ability to buy bonds.

But when the supply is so huge, does it have any choice? Cancelling an auction or two, seeing an auction through 'successful biddings' by public sector banks and primary dealers, with the RBI's tacit support, and devolving another do not suggest orderly evolution of the yield curve.

For instance, the central bank of Japan and Australia control the yield curve and do whatever it takes to manage it.

On the other hand, the US Federal Reserve and the European Central Bank offer explicit balance sheet support to the bond market by announcing bond buying calendars.

The RBI has been doing it through multiple ways: Buying bonds under its open market operations and twist (the Indian version of quantitative easing) -- a simultaneous purchase of long-term papers and sale of short-term securities.

It has also raised the cap on the so-called held-to-maturity, or HTM, segment of the banks' bond portfolio for which they don't need to mark to market their investments.

These are all fine, but what is killing the risk appetite of the bond buyers is the inconsistency in the central bank's approach. It needs to allow the yield to find its own level, gradually.

To ensure that, the RBI may adopt a similar approach with which it handles a slipping rupee.

If it does not do so, the governor may end up playing the role of King Canute of England. He may yell at the rising bond yield saying, 'I command you to come no further! Yield waves, stop your rolling! Do not dare to spoil the government's borrowing programme!'

He can even go further and shout: 'How dare you! I have ordered you to retreat before me, and now you must obey! Go back!'

But the yield curve may not listen to him when the growth is coming back on track, when no one is expecting a rate cut, when the banks' credit portfolio is smelling a pick-up, and when the US bond yields and global commodity prices are rising. 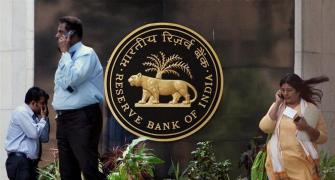 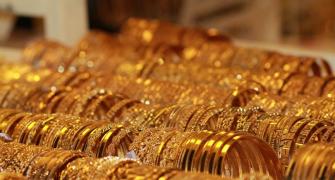 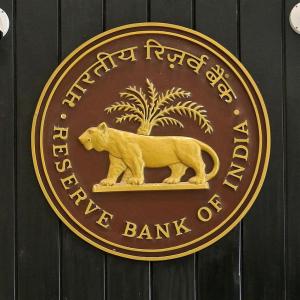 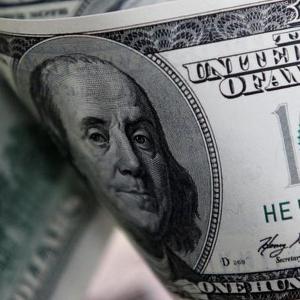