A debate on whether State-run banks need to be privatised or not is a superficial debate. While it is true that the indebtedness of the Centre makes it difficult for it pour money into State-run banks, it is not the colour of ownership which is the issue, but governance, says Raghu Mohan. What is the point of a circle? Well, it is pointless.

On the midnight of July 19, 1969, 14 banks were nationalised; and 50 years to the day, the debate is on if we are to retrace the path and privatise our State-run banks -- the wheel has indeed turned full circle.

As an idea, bank nationalistion ticked all the right boxes. It was to shift the concentration of credit from the bigger borrowers to the less privileged, widen the branch network to the hinterland and bring the unbanked under formal channels of banking. Half a century later, we continue to engage on the subject of the unbanked.

As for governance, this is what then Prime Minister Indira Gandhi observed on the boards of directors. Past chairpersons of the banks which were nationalised continue to reside on the boards. “We may examine whether through legislation or otherwise we can prevent such people from continuing on the board. The chief executives of the banks will not then feel obliged to the former chairpersons, and they may be expected to take an independent line in regard to lending”. Well, such “directed lending” is what has landed our State-run banks in the mess they are in.

'Stray thoughts on bank nationalistion', a paper by Indira Gandhi, sowed the seeds of bank nationalisation during 1966 in a meeting of the Congress party. It was welcomed by all.

It also helped stymie the political challenge she faced from the Young Turks and the Syndicate, which eventually led to the split of the party in 1969, the year of the first round of nationalisation; the second happened a tad over a decade later in 1980.

The politics behind nationalisation is captured in Morarji Desai’s words, who had opposed it (he was replaced as finance minister when nationalisation was given effect to). 'If you wanted a change in the finance ministry, you could have discussed it with me. You know very well that I never discussed any matter with you in an improper manner. Even when I have differed with you on some matters, I have never been guilty of impropriety or discourtesy. But now you have behaved towards me in a manner in which no one would behave even with a clerk.'

So where are we on priority sector lending (PSL)? Despite the exponential growth in the network of State-run banks, and the advent of new age private banks in the post-reform period, we continue to struggle.

The Reserve Bank of India’s Report on Trend and Progress of Banking in India (2017-19) says that as in the previous years, State-run banks missed their overall priority-sector lending targets in FY18, even though they were able to achieve various sub-targets except in respect of micro-enterprises.

During Q1FY19, both State-run and private banks managed to achieve the overall PSL target, but there were shortfalls in the sub-sectors.

In the case of State-run banks, it was in lending to micro-enterprises, and in private banks, it was to agriculture, small and marginal farmers; non-corporate individual farmers; and weaker sections of the society.

Fifty years on, if we are indeed to go down on the path of privatisation of State-run banks as a panacea for the ills facing the sector, it is unlikely that we will reach a better or more secure place.

The Lehman crisis, and its aftermath have shown that when banks come under strain or collapse, the government of the day has to step in with tax-payers money.

The fundamental difference between banks and other parts of the corporate world is that the former are custodians of trust in so far as they raise public deposits; and are also part of the settlement system.

To that extent, a debate on whether State-run banks need to be privatised or not is a superficial debate. While it is true that the indebtedness of the Centre makes it difficult for it pour money into State-run banks, it is not the colour of ownership which is the issue, but governance.

Perhaps, it is time for the Centre to transfer its stake to a holding company as recommended by the P J Nayak Committee Report; and also take up the thus far ducked issue of a “Golden share” in state-run banks -- wherein the Centre can continue to offer “guidance to these banks”, and can also care of the furore on the political turf if it were to embark on the whole sale privatisation route.

A golden share in the Golden jubilee year of bank nationalisation is an idea whose time has come; it’s better than going around in circles. 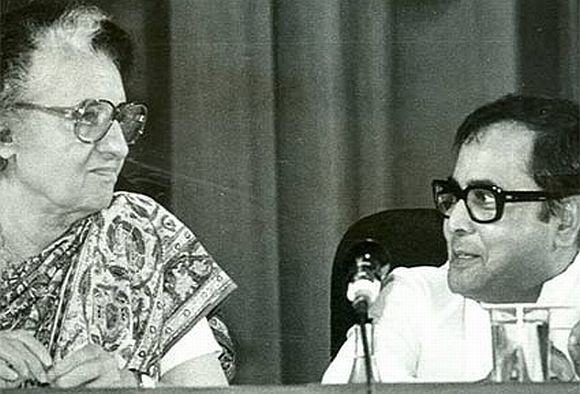