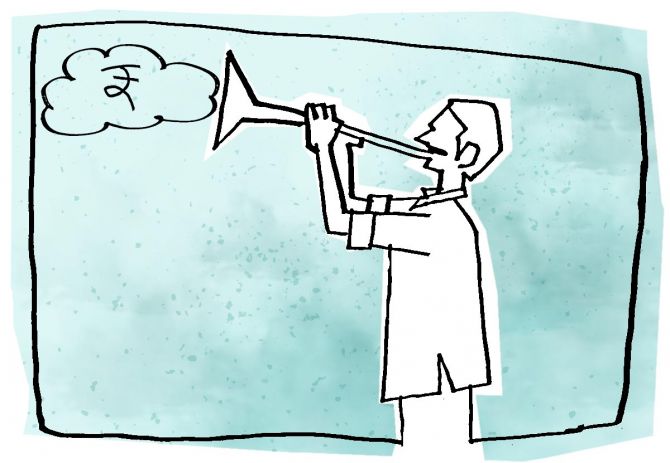 Thus, an announcement that India's GDP in a year rivalled or exceeded that of China is met with applause not much different from the feelings we have when headlines proclaim that India has trumped Australia (or better still Pakistan) in an ODI.

We also await breathlessly the results of the latest GDP as we awaited breathlessly whether Zoya Akhtar's Gully Boy made it to the Oscar nomination list.

The finance minister, who is lucky enough to be the person in place at the time India has trumped its neighbours on the GDP scorecard, usually goes down in history as Kapil Dev did (under whose captaincy India won its first World Cup) or as A R Rahman did (whose song Jai Ho! for the film Slumdog Millionaire won an Oscar).

What does this much trumped-up, but mysterious score, GDP, measure?

'GDP is not a measure of human well-being,' said Amit Kapoor and Bibek Debroy in an October 2019 article in the Harvard Business Review. They go on to point out: 'GDP takes a positive count of the cars we produce, but does not account for the emissions they generate; it adds the value of the sugar-laced beverages we sell, but fails to subtract the health problems they cause; it includes the value of building new cities, but does not discount for the vital forests they replace.'

These are not the words of two disenchanted individuals venting their angst with life; Amit Kapoor and Bibek Debroy are part of India's elite economic policymaking circle.

Perhaps it is good to start the GDP demystification effort by explaining how GDP is calculated.

The GDP of this imagined country calculated by multiplying the number of mobile phones produced in a year (say 1,000 phones) by the average price of mobile phones (say Rs 10,000) = Rs 10 million and adding to it the units of data consumed in that year by each mobile phone (say 100 GB) by the unit price of data (say Rs 10 per GB) = Rs 1 million, in all adding up to Rs 11 million, which will be counted as the GDP of that simple mythical country.

If during the next year, if that same country produced and sold 100 more phones -- 1,500 -- and the prices of phones and bandwidth remained the same, the GDP will be Rs 12 million, Rs 2 million more than the previous year.

We will then say that the GDP of that country for the second year is Rs 12 million, 20 per cent higher than the previous year.

How does this apparently simple GDP calculation get complicated?

To start with, if the additional 100 phones sold in the second year were all imported ones and the cost of each imported phone was, say, Rs 8,000, then, this has to be reduced from the second year's GDP number, thereby yielding a second-year GDP of Rs 11 million, a mere 10 per cent growth of GDP.

Things can get even more complicated if there was a general price increase in that economy, in which case the second year's GDP needs to be adjusted down to account for inflation.

If then we discover that another, perhaps, 1,000 phones were smuggled in evading all import duties and whose import prices are unknown to use, we will be left wondering how to adjust for this in our GDP numbers

In addition, if we discover that 10 per cent of all mobile phone users suffer from acute anxiety by overuse of chat and messengers, we will start wondering whether increased GDP in the economy will cause increased unhappiness.

This kind of realisation has sent a whole lot of economists and policymakers chasing to find a quantitative measure of human well-being. Thus, we have the Human Development Index, the World Happiness Report, Happy Planet Index, gross national happiness, to name a few.

Does any of this matter, you could well ask. Does India scoring high on GDP and the way it is measured make a difference to anyone other than the economists, just as winning an ODI or an Oscar makes a difference to the winners's lives, not the lives of us ordinary citizens?

There is more at stake here than just cricket scores and the Oscars.

A GDP measure like the one that India currently uses will ensure that availability of finance, land, and other incentives benefit traditional Indian business house interests: Mining, import-and-assembly, stock market bettors, body shopping IT, and so on.

The part of the economy that really matters now, the data economy, because it plays no major role in the current GDP computation, is left to the mercy of foreign venture capitalists.

Real economic growth now and for the next decade or more is not going to come from mining more parts of India or attracting international players to assemble electronic products in India or even promoting the manufacture of electric cars.

Real economic growth in the data economy will come, as Irving Wladawsky-Berger of the Massachusetts Institute of Technology reminded us recently, from 'the establishment of thriving data markets and ecosystems'.

And a start can be made once we include data economy measures, like network effects, in our GDP computation. 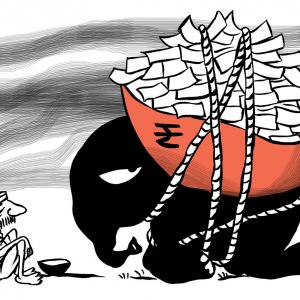