Dr Bajrang Lal Gupta is a senior Rashtriya Swayamsevak Sangh functionary who brainstorms over economic policy-making in the RSS.

India's economy shrank by 24 per cent last quarter and the RBI has said that it will shrink by 9.5 per cent for this fiscal year. How do you look at the impact of the COVID-19 pandemic on Indian GDP?

Not only on Indian GDP, you can see the impact of COVID-19 pandemic on economies all over the world. In every country, GDP is coming down and in our country also it is coming down. Nothing is new. This is a worldwide phenomenon.

Second thing, I always say that the term GDP is a misnomer and it should be changed. Just GDP cannot indicate or measure the development of a country. In our country, we have different estimates (ways of measuring the GDP).

In other countries, which are market economies, but in our country there are so many things (so many diverse players engaged in economic output that are different from those in the market economies); (in India to a great extent) goods and services produced without market (economics).

So, our GDP gives different connotations; but that's a long issue; but as far as your question is concerned, our GDP is coming down, no doubt; it may further go down. It is also possible.

Our (Union) health minister (Dr Harshavardhan) is saying that in the cold season (winter) COVID-19 (cases) may actually exceed (than what we have at present).

If it is so, then all (economic) activities will come to a standstill. Naturally, it (the GDP) will fall further.

Why do you think that the GDP does not give a correct picture of the overall economic development of India?

That's a long issue. If you are really interested you do read my book.

Could you elaborate on your theory for our readers?

Yes, yes, I'm saying that if you are interested you read my book A New Paradigm of Development: Sumangalam.

It's a small booklet, but in that booklet I have elaborated why it (the term GDP to showcase India's economic development) is a misnomer and why it should be changed.

This debate is going on all over the world and everybody is saying that only GDP cannot estimate the real (economic) situation of a country.

See the case of Bhutan -- they have developed a new indicator: Gross National Happiness. They have incorporated happiness to reflect the overall well-being of the people in that country.

GDP can only be one of the components; it cannot be the sole component...

Sole component of what?

The (GDP cannot be the) sole component of estimating the economic growth of a country. There are so many economists debating the issue and there are no short cut solutions. So, if you are really interested, you go and read my book.

How do you think Sumangalam will capture the real state of economic activities and output produced in a country?

It cannot be elaborated on a telephonic call. Read my book then we can discuss.

Could you give us three reasons why India would benefit if we were to adopt Sumangalam model of measuring economic development?

It's a Bharatiya model of development which I have called Sumangalam.

There are three things we should be (doing to revive the economy from the COVID-19 fall).

We have neglected agriculture also. A new type of agriculture technology and (modern) techniques should be adopted (for increasing agricultural output). Only then can India see real (economic) development and progress happening in India's agriculture and rural economy.

These three measures should be taken care of (adopted) by society as well as by the government. Only then we can revive our economy. This is my humble submission. 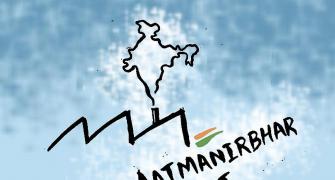 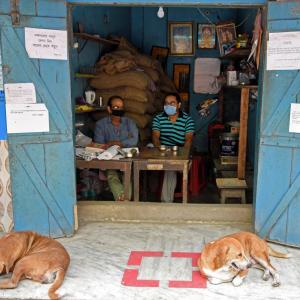