The Economic Survey will remain a documentation of the government's resolve to not recognise the severe stress on the labour markets and on the livelihoods of Indian households arising out of the pandemic and the consequent lockdown, observes Mahesh Vyas. 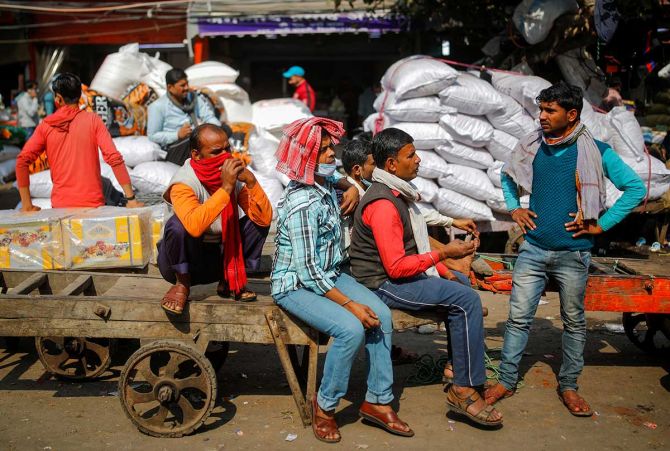 IMAGE: The scene at a wholesale market in Delhi, February 1, 2021. Kindly note the image has been posted only for representational reasons. Photograph: Adnan Abidi/Reuters

It boasts of India's success in containing the spread of the COVID-19 virus and thereby saving lives.

The Survey explains in detail the kind of research that was accessed by the government to decide its strategy.

It chose to first hedge against the worst possible scenario and then update the strategy step-by-step, taking into account feedback on the outcomes.

In this, lives took precedence over livelihoods because, it explains, lives lost cannot be recovered while livelihoods can.

The option was to choose short-term pain for long-term gains.

The Survey concludes that the lockdown was a critical instrument in flattening the curve and saving lives.

The Survey, however, fails to address the problem of employment adequately.

It briefly discusses the labour laws passed by the government, but does not discuss labour markets.

This conspicuous absence of an important problem of the country makes Volume I of the Survey guilty of cherry picking subjects of convenience, or omitting the inconvenient ones.

Volume II follows a somewhat set pattern every year and so omissions there are difficult.

Choices are made in Volume I and the omission of employment here stands out like a sore thumb.

The discussion on employment in Volume II would most likely leave us with an impression that the employment scenario in India has improved as per latest data available with the government.

These estimates are based on the Periodic Labour Force Survey conducted by the NSSO.

The Survey also boasts of an improvement in the quality of employment.

The proportion of regular wages and salaried employees increased in rural and urban areas and for both men and women.

This increase, it notes, was more among urban women.

The proportion of casual labour has declined.

If you were looking for a discussion on the labour markets in India during the pandemic you will be disappointed.

While there is widespread discussion about the sharp gyrations in the Indian labour markets during the lockdown -- the very sharp increase in unemployment in April and May and then its quick recovery in the following months -- both volumes of the Survey have chosen to give this discussion a complete miss.

We have noted that the recovery in labour markets has lost steam before reverting to pre-lockdown levels and that this is a matter of concern.

The Survey will remain a documentation of the government's resolve to not recognise the severe stress on the labour markets and on the livelihoods of Indian households arising out of the pandemic and the consequent lockdown.

These problems are not the government's faults or failures.

Acknowledging them is harmless.

Acknowledging would be useful as then it could begin to think of solutions.

The Survey has missed a chance to investigate the impact of the pandemic, the lockdown, the government's initiatives and the relaxation of the lockdown on India's labour markets and on household incomes when it could have.

Perhaps, the most enduring picture of pain of labour during the lockdown was the hapless migrant.

He (yes, they are mostly males) is completely absent from the Economic Survey. 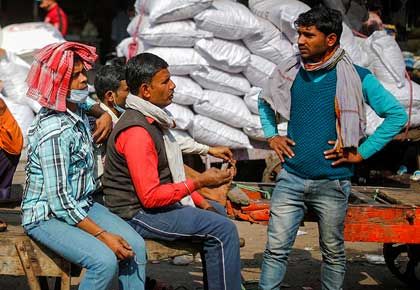 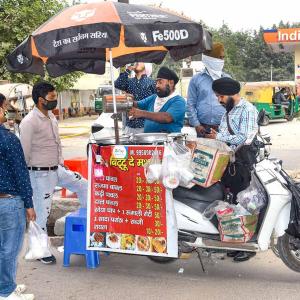 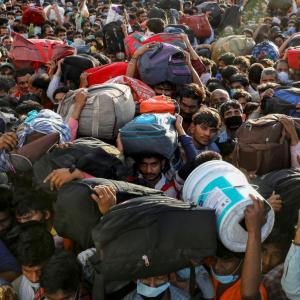