The recovery seen in the increased economic activity till September or October is running out of steam.
Labour statistics indicate a substantial slowing down of the economy in November, notes Mahesh Vyas. IMAGE: Balbir Singh sells food items to customers from his food stall, at Meera Bagh in New Delhi, October 22, 2020.
Singh opened the food stall on his scooter after he lost his job as a driver in a hotel, owing to the coronavirus pandemic.
Now, he doesn't feel the need to get a job again as he became self-employed. Photograph: PTI Photo

Labour markets have been weakening in the last four weeks.

The labour participation rate and the employment rate have fallen in each of these.

The unemployment rate has bounced between 5.5 per cent and 7.8 per cent with an average of 6.8 per cent.

But, this is almost inconsequential. What is important is that the labour markets were unable to absorb adequate proportions of the working age population during the festive season of 2020.

Labour participation touched a recent peak of 41.3 per cent in the week ended October 25.

Since then, it has slid in each of the following four weeks.

Note that this recent peak of 41.3 per cent itself is very low.

Labour participation had reached 42 per cent in June during its recovery from the fall in April and May.

The level could not be sustained.

The LPR oscillated between 40.4 per cent and 42.2 per cent during mid-June through late August. Then, it fell during September and October to between 40 and 41.4 per cent.

We had expressed concern that the recovery process had started showing signs of fatigue in July.

This has turned out to be true. The LPR did not recover entirely before it started sliding again.

Now, it seems to be heading towards a sub-40 per cent level.

A falling LPR implies that an increasingly smaller proportion of the working age population is seeking employment.

In absolute terms, the LPR translates into the labour force.

If the LPR continues to fall sharply, the labour force shrinks.

This is what happened in September 2020 after the recovery process lost steam.

This labour force stagnated in October. It could be falling in November.

This is worrisome. The unemployment rate is the proportion of the labour force that fails to find employment.

In the week ended November 22, 7.8 per cent of the labour force could not find employment.

This is much higher than the 5.5 per cent unemployment rate pencilled in the preceding week.

The trend has been one of falling unemployment rates with an occasional spike.

This happened during the first fortnight of October 10.

The employment rate is the best measure of the summary health of the Indian economy.

It measures the proportion of working age population that are employed.

Then it rose hesitatingly to reach 37.8 per cent in October.

In the first three weeks of November the employment rate has been sliding slowly and steadily.

It also marked the fourth consecutive fall in the rate since the week of October 25.

The deterioration of labour metrics in November is a signal again, of the early exhaustion of the recovery process that began in late May this year.

The recovery is not complete.

The employment rate never reached its pre-lockdown levels. And before reaching there, it has started to decline again.

In the past few weeks, India has been celebrating a quick recovery of its economy from the precipitous fall suffered in April and May.

Labour statistics from CMIE's Consumer Pyramids Household Survey were the first to quantify the intensity of the economic cost of the lockdown.

It was also the first to chronicle the quick and substantial recovery of the economy.

However, the recovery seen in the increased economic activity till September or October is running out of steam.

Labour statistics indicate a substantial slowing down of the economy in November.

A brisk beginning of the rabi sowing season provides some hope that agriculture will continue to perform well in the current fiscal year.

It cannot revel in a reverse migration of labour back to the farmlands. 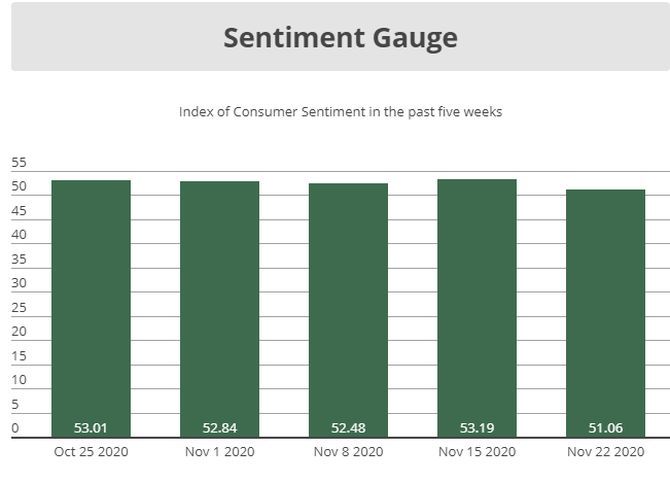 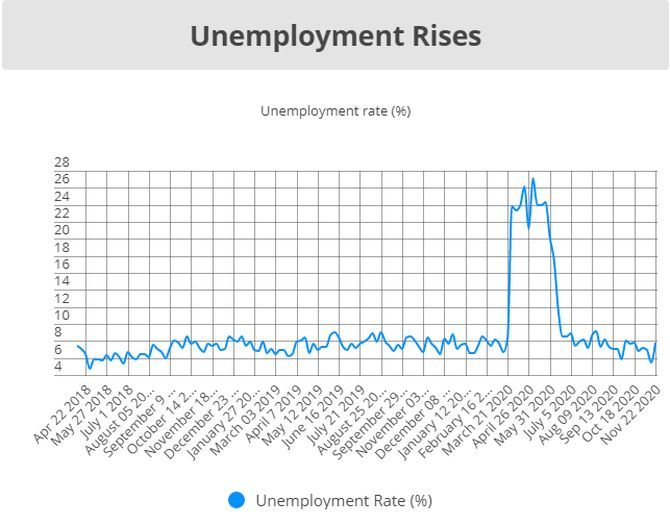 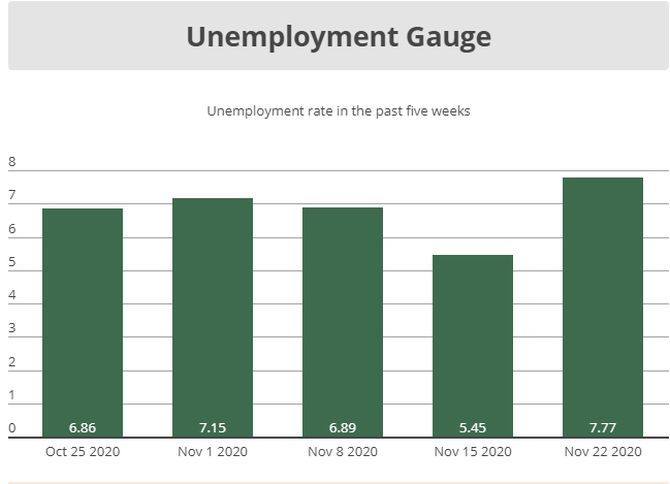 Mahesh Vyas is MD and CEO of CMIE P Ltd. 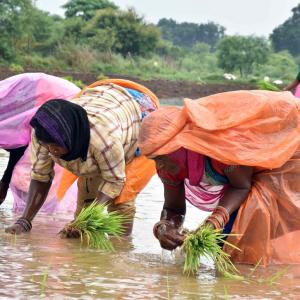