After years of disappointing growth, the economy and the markets are poised for a breakout, notes Akash Prakash. 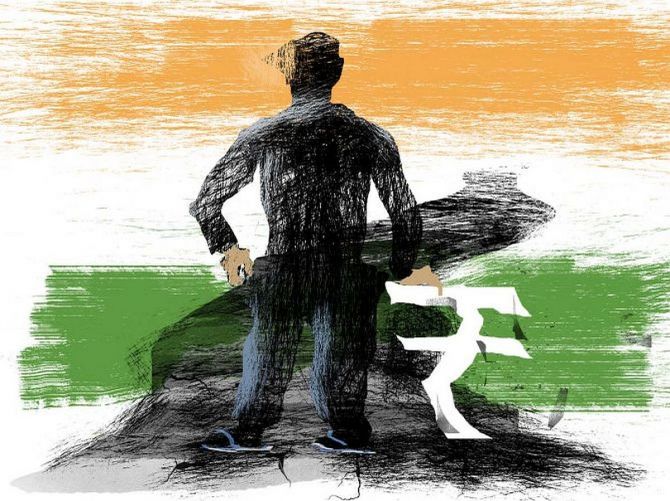 When Prime Minister Narendra Modi first came to power in 2014, many market participants were convinced that this was India's Thatcher moment.

We would see a push for growth through policy liberalisation, reducing government involvement in the economy and a more stable policy framework.

It must be said that most investors have been disappointed, as rebuilding growth in India has been more challenging than they thought.

The Indian economy has disappointed over the last few years, unable to regain its growth vigour.

The government has also not been as pro-business as most had assumed.

Corporate churn has never been higher and private investment and profitability never lower than today.

However, over the last six months there has been a sea change in approach.

The most obvious example being the 2021 Budget itself.

The government has re-established the primacy of economic growth as its top priority and accepted the need to put the private sector at the heart of the growth agenda.

Let's start with the Budget. Despite huge temptation, fiscal need and global precedents, the government did not raise taxes.

The message is clear: Our tax rates are high enough, we can't get more money by constantly squeezing the same 20 million taxpayers.

We need to expand the base, and growth is the only way to get the tax-to-GDP ratio higher.

For markets, this was a refreshing change, braced as they were for higher tax rates or at least a surcharge.

For a government, which over the years has raised taxes on dividends, reintroduced capital gains taxes and put in various surcharges on the rich, to not raise any taxes when their back was to the wall fiscally, indicates a change in approach.

Exactly what we need at this juncture to kick-start the economy.

It also improves relative returns on capital in a global context.

The willingness to take on the holy cow of public sector unit (PSU) bank privatisation in the midst of the farm law tussle also shows complete buy-in on privatisation by the senior leadership of the Modi government.

The whole approach of the government committing to withdrawing from all sectors of the economy except a handful, is almost a 180-degree turn from the industrial policy resolution of 1956, wherein the public sector was seen as critical to drive our economic development.

The government is committing to divest/merge or wind down hundreds of enterprises.

It is also using strategic sales as the primary route.

This will release huge resources, and improve productivity of capital across the economy.

Assets will be put to better use and throw up large opportunities for the private sector.

This will be a gargantuan execution challenge and understandably the markets are sceptical, but one cannot blame the politicians, they have signed off.

Now, it is up to the bureaucracy to deliver.

The fiscal arithmetic certainly demands it.

We have always disincentivised scale. For the first time, we are actively rewarding and trying to build global scale among our companies.

The production-linked incentives schemes seem well-designed (in particular the mobile phone scheme) and will encourage global capacities in certain sectors where India has a right to compete.

These schemes combined with the change in labour laws and lowering of corporate tax rates on new manufacturing assets to 15 per cent, give India the chance to attract global manufacturing.

It may still not happen, as state level issues remain, but this is the best chance India has had in decades to build a manufacturing footprint.

The environment -- be it geopolitics, or the need for supply chain resilience and the search for alternatives -- is also very conducive.

Equally supportive is the approach towards long-term foreign capital.

I have met multiple pension funds/sovereign wealth funds, etc that are deeply appreciative of the Indian government.

They feel their concerns are being addressed systematically and that the government is listening.

The government has a clear agenda to attract as much long-term foreign capital into infrastructure as it possibly can.

These same institutions remark on the change in attitude.

They say the arrogance is gone, replaced by a partnership mindset.

The speech Prime Minister Modi gave in Parliament, highlighting the need to grow the economic pie, respecting wealth creators and laying out the case for private sector involvement in economic activity was refreshing and also shows the government has shed its inhibitions in being seen as supportive towards business: A much-needed change and a big signal to private capital.

The required clean-up and restructuring of corporate India is coming to a close.

Most of the weak players and balance sheets have become irrelevant.

Their mood today is vastly different from six months ago.

Profitability has started to improve as the recent results show.

India is one of the few countries that has responded to the pandemic and global recession with genuine structural reform.

This will highlight new disruptive business models, the power of venture capital and the vibrancy of entrepreneurship in our country.

All these steps matter, as it will strengthen the case for accelerated and sustained economic growth for India coming out of the pandemic.

These steps and change in attitude will improve the productivity of capital.

Faster growth with better returns will raise P/E multiples for the country.

It is worth remembering all this when we go through the inevitable corrections brought on by global flows, changing risk appetite and the oscillation between panic and exuberance globally.

In any such correction India should be bought into.

We have a real shot at corporate earnings, markets and the economy breaking out in the coming years.

In a world which continues to remain starved of sustainable growth, any such breakout will be rewarded disproportionately. 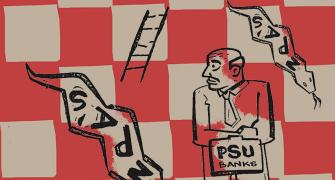