'Instead of wailing about the absence of tax benefits, the private sector should press for an early implementation of the package of measures,' advises A K Bhattacharya.

Nobody could have missed the emphasis that the government laid on the private sector while announcing the economic package in the wake of the COVID-19 pandemic.

The Rs 20 trillion economic package announced in five instalments to help the economy recover from the COVID-19 shock had an ample dose of policy changes aimed at enhancing the role of the private sector in the Indian economy.

A new public sector enterprises policy was announced to restrict the role of state-owned enterprises only to government-defined strategic areas.

Even within strategic areas, no more than four public sector enterprises would be allowed to remain operational.

A list of strategic areas would be finalised soon.

The public sector enterprises that now operate in non-strategic areas would be privatised over a period of time.

At the end of March 2019, there were 339 central public sector enterprises (CPSEs) with a total investment of Rs 16.4 trillion and a total net profit of just Rs 1.42 trillion.

As many as 56 of the total number of CPSEs were listed on the stock exchange and their market capitalisation has been shrinking.

At the end of March 2019, their market capitalisation fell to Rs 13.7 trillion and must have fallen further in the last few months.

But their reserves and surplus stood at Rs 9.93 trillion and the net worth at Rs 12 trillion.

If all these CPSEs, barring a few operating in strategic areas, are up for sale in the coming year or two, the private sector in India may actually be spoilt for choice.

It is true that there may not be too many takers for some of these CPSEs, given their current financial condition and viability.

But several of the CPSEs would still remain attractive for private sector acquirers.

The private sector may complain about the lack of adequate capital to buy the CPSEs, but they could collaborate with a foreign company or tap overseas markets for capital to bid for such acquisition.

In short, if the new public sector enterprises policy gets implemented as has been planned, then the big privatisation drive of the Atal Bihari Vajpayee government in the late 1990s would, in comparison, pale into insignificance.

The package also had a few more policy changes aimed at increasing the private sector's role in the Indian economy.

Private sector companies would now be allowed to increase their footprint in the country's space programme, hitherto reserved for the Indian Space Research Organisation and its State-owned arms.

Power distribution companies in Union Territories would also be privatised.

There would be more privatisation when the government allows six airports to be developed under the public-private-partnership model.

More air space would be freed up for airlines to fly their planes.

And 41 factories under the Ordnance Factory Board, employing over 80,000 workers and producing a host of weapons and defence equipment worth over Rs 5 trillion every year, would be corporatised.

This is likely to lead to their listing on the stock exchanges and greater participation of private sector capital in their operations.

This is a significant shift in the Modi government's approach to the economy.

Since its attempt to relax the restrictions on land acquisition for industrial projects did not make headway because of stiff political resistance in the early years of its first term, the Modi government had been shying away from initiating any move that could be seen as favouring big business.

The first sign of a change in this approach was visible in September 2019 when it announced a huge tax break for India Inc with a reduction in the corporation tax rate to 25 per cent, provided it opted out of the exemptions regime.

And now, the COVID-19 package has a series of steps that gives the private sector a bigger role in the economy.

Yet, the private sector is generally unhappy with the package of measures announced by the government.

This unhappiness could be caused by the fact that the package has no specific sectoral relief, except a credit package for the micro, small and medium enterprises sector.

The disappointment is also due to the absence of any tax concession for either industry or for individual tax payers.

But it would be wrong to presume that the private sector has got nothing in this package.

There may be no tax benefit for industry. But there are several elements in the reforms package that offer new opportunities for the private sector, for which it has been waiting for many years.

Instead of wailing about the absence of tax benefits, the private sector should press for an early implementation of the package of measures that was announced recently. 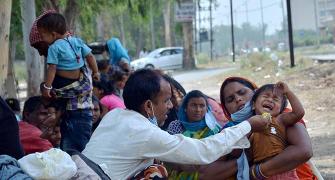