Singapore’s single-rate GST structure cannot be India’s model. But its practice of early announcement of rates much before their implementation should be emulated by India, says A K Bhattacharya.

On February 19, 2018, the Singapore government announced that it would raise the rate of the Goods and Services Tax (GST) from 7 per cent to 9 per cent.

This will be the fourth increase after GST was introduced there in 1994 at 3 per cent and the last increase was in 2007, when it went up from 5 to 7 per cent.

The reason cited for the latest proposal for an increase was to help the government raise resources and enhance outlays for health care, infrastructure and security.

Why this announcement should interest the Narendra Modi government and also the newly created GST Council is not because of the proposed rate increase, but for another reason -- the proposed date for enforcing the increase.

Singapore Finance Minister Heng Swee Keat said in Parliament that the increase would take place between 2021 and 2025.

This is likely to stun every member of the GST Council in India, which is headed by the Union Finance Minister and has all state finance ministers as its members.

A duty hike to be effected over a period of four years? And its announcement is made three years in advance?

Just imagine if such a move is made in India how industry lobbying will intensify and Opposition political parties will use the opportunity to launch a new agitation against the proposed increase in duty.

Also remember that Singapore will have its next general elections before January 2021.

In other words, the higher GST rate will be enforced only after the elections and a new government is in place.

And yet, this is one element of Singapore’s GST structure that India should embrace.

There are clear advantages of outlining the new rates in advance before they are enforced, unlike the current practice where there is virtually no gap between the day of the duty increase announcement and its enforcement.

Keeping no gap between the announcement of indirect tax rates and their enforcement is almost a fetish and an offshoot of the old mindset that prevailed during the licence-permit-controls regime.

There is no reason to continue the same practice even after decades of economic reforms.

If there is an advance notice of a duty change, industry actually benefits by planning its production and sales in keeping with the new duty regime.

There are no nasty or sudden surprises that industry has to live with. An advance announcement permits reasonable debate and discussion and if some changes to the proposed rates are considered necessary, they can be introduced as well.

There is another advantage of an early announcement of duty changes under the GST regime.

The rate changes are decided by the GST Council, where the Centre as well as the states are represented.

Political anger against a duty increase, if any, cannot be directed against any single government, since it is a collective decision of the Council.

To that extent, the governments at the Centre and in the states will be immune to political attacks that may arise from such duty revisions.

Of course, Singapore’s single-rate GST structure is not what India can accept and implement at present.

It is not going to be easy to unify the many current GST rates into one rate.

Eliminating the top rate of 28 per cent, bringing down the 18 per cent rate by a few percentage points and raising the lowest rate by a similar margin should be a medium-term goal to reduce the multiplicity of rates and move towards a two-rate GST regime.

One of the achievements of the Indian GST regime is that the new system has not been inflationary.

All efforts, therefore, should be made to ensure that items consumed largely by the poorer sections of society do not get taxed at rates that are  significantly higher than what used to prevail in the earlier system.

Even this transition to a two-rate structure should be implemented in phases and over a period of time so that consumers can absorb the impact and inflation remains under control.

And this phased plan to realign the rates should be discussed and announced much before their actual implementation.

Similarly, the timeline for including petrol, diesel, crude oil, jet fuel and natural gas under the GST and the rates to be levied on them should be announced in advance, so that industry has time to prepare for these major changes.

Singapore’s single-rate GST structure cannot be India’s model. But its practice of early announcement of rates much before their implementation should be emulated by India.

The GST Council can take a lead in this direction at its next meeting on July 21. 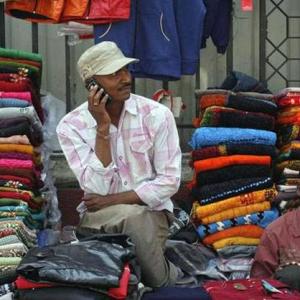