Change will have to begin with Mr Modi, who by all accounts has shown little active interest in macro-economic issues, preferring instead to focus on the effective implementation of projects and programmes, points out T N Ninan.

The buzz in presumably well-informed circles in the capital has been that Narendra Damodardas Modi's second term in office will be different from the first.

Having used the last five years to consolidate his and the Bharatiya Janata Party's political power, it is said that Mr Modi will now focus on the economy, and further that he is willing to front-load action in a way that he was not willing to do five years ago.

Growth for the full year is not very different from where the Modi government began.

Readers might recall that the initial promise held out was of achieving double-digit growth.

That being far removed from today's reality, India has also lost the claim to being the fastest-growing large economy; China is back ahead.

That is a cold shower if ever there was one.

As I had written two weeks ago, this is a multi-faceted challenge, with problems confronting agriculture, manufacturing and exports, as well as fiscal and monetary policy -- for both of which the room for manoeuvre is very limited.

The larger narrative could be that the growth momentum generated by the first flush of reforms has petered out in the course of 15 years of relative inaction.

A fresh wind is now required.

Is the government up to the task?

Change will have to begin with Mr Modi, who by all accounts has shown little active interest in macro-economic issues, preferring instead to focus on the effective implementation of projects and programmes (to good effect, of course, as the election results show).

It is obvious that this neglect cannot continue.

The prime minister has to address himself to understanding the key policy levers that are available to him, including (for instance) the government's stance on the rupee's external value and how it can be nudged down in order to make Indian exports more competitive.

As a starting point, the belief in a strong rupee has to be given up.

Growth is hard to come by in an environment in which the overhang of financial mismanagement by banks and companies is still there, when too many businessmen are too busy writing down debt to think of making fresh investments, and when consumers are focused on the EMIs on their loans.

For good measure, governments are sucking up too much of the available savings, preventing market interest rates from falling -- affecting current cash flows and future investment.

Tax revenue has fallen short this past year, and has to be given a boost; but how is one to do that in the middle of a slowdown?

In short, Nirmala Sitharaman as the new finance minister has her work cut out for her, as does Piyush Goyal, who is the new man in charge of both foreign trade and industry.

Both will need to quickly put together their agenda for immediate action, along with medium-term policy goals: To make the use of capital more efficient, the labour market more flexible, and the physical infrastructure such as to be effective support for industry and trade.

What is needed is systemic thinking, not ad hoc approaches that focus on quick fixes by impatient ministers eager to hit the headlines.

The finance minister could begin with further rationalising and reducing the number of rates for the goods and services tax.

The Reserve Bank should press ahead with further cuts in policy rates.

Divestment needs to be given a kick-start, with Air India an obvious starting point.

But if this is to be a serious plan, the question has to be asked: Where are the buyers? Should the window for foreign buyers be opened wider, in this and other sectors?

And then, what about the underlying issues confronting agriculture, the water economy, and the business of improving the quality of education? All three issues are in the hands of new inductees into the council of ministers, and a key question will be how well they perform.

As someone used to say, the nation wants to know. 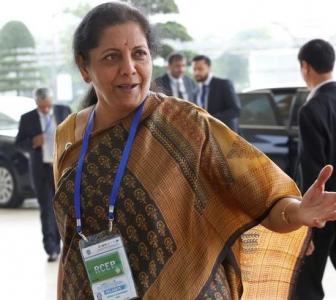 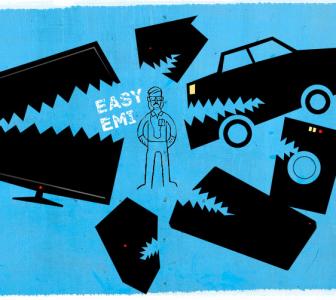