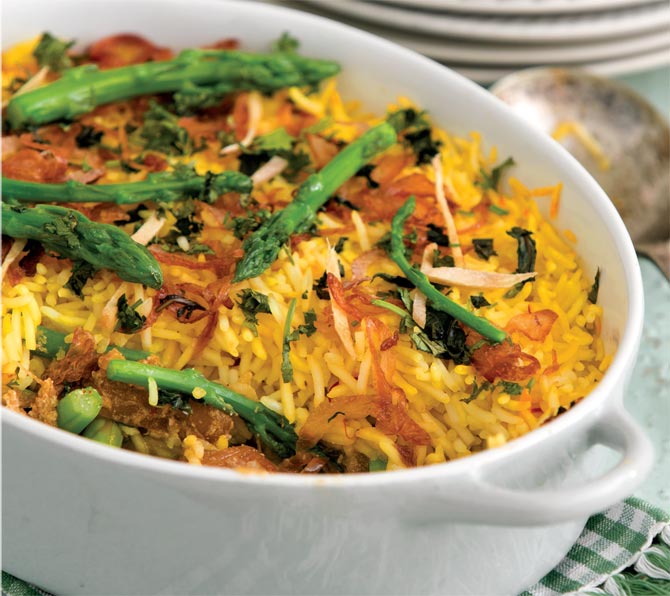 Who says veg biryanis are boring? Well-known restaurant entrepreneur Camellia Panjabi tosses up one just to show you how it's done

Camellia Panjabi has been described as the "queen of Indian food". Former managing director of the Taj Group of Hotels, she defied convention and brought Indian food onto the table at leading five-star hotels across the country at a time when it was considered infra dig to do so.

Panjabi is also responsible for introducing Indians to Sichuan cooking back in the '70s.

She took this ground-breaking streak to the UK, where she popularised regional Indian cuisine with a slew of restaurants including the Michelin-starred Amaya. Panjabi, an MBE (recipient of the Member of the Most Excellent Order of the British Empire), is the author of bestselling book 50 Great Curries of India, and the consulting editor of BBC Good Food India.

In an interview to BBC Good Food India, Panjabi speaks about the importance of being confident about taking the Indian cuisine to the world.

She also shares her recipe for Asparagus Biryani which we reproduce below with kind permission from BBC Good Food India. The interview begins after the recipe:

In the following interview with BBC Good Food India, Camellia Panjabi talks about introducing Indian cuisines at restaurants of five-star hotels, the cuisines she loves and much more:

You've been credited with popularising regional cuisines from the coastal belts and southern states of India. Which community specialities do you feel are still under-represented in menus today?

I was fortunate to have the opportunity to visit these areas of India in the '70s and early-'80s, as Taj was setting up hotels there and the first menus had to be made for the restaurants. But even now only a fraction of what is there has been exposed in upscale restaurants.

In Mumbai, where are the offerings of food from the Konkan region of Maharashtra, except the Konkan Cafe at the Vivanta by Taj President, which I conceptualised nearly 15 years ago?

There is great Konkanastha food, CKP food (from the Chandraseniya Kayastha Prabhu community), Saraswat food and the Muslim food of Alibaug -- their fish masala is divine.

'There's a lack of professional chefs who know Indian cooking' 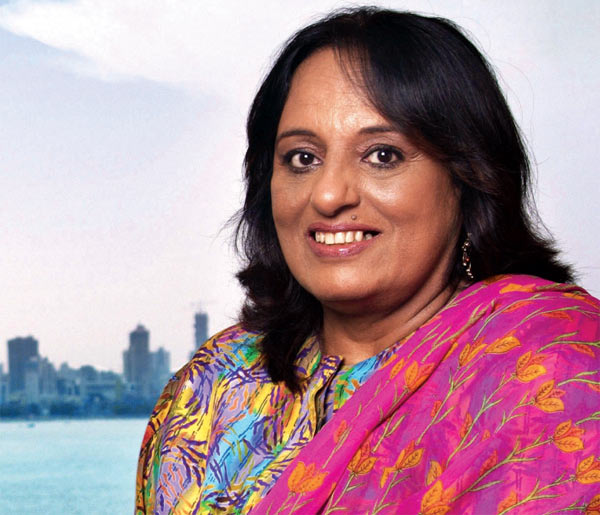 You've said often that Indians don't take pride in their own food. Do you see this trend changing?

Just as Indians have done with music, dance and fashion.

If Americans can dominate the world with burgers and the Italians with pizza, we have to think big, bold and confident. Some of the greatest Indian tastes in food are with the street food sellers of India.

Back in the late-'60s and '70s, you shook up the five-star restaurant scene with a few radical moves. Tell us about them.

I put bhel puri and sev puri on the menu at the Sea Lounge at the Taj Mahal Palace. There was great reluctance as the main offerings were open Danish-style sandwiches and cakes served from a cart. But bhel is still on the menu 40 years later! I also introduced idlis and dosas in the new Shamiana.

Most senior chefs in the Taj kitchen were Punjabi, so they thought it was okay to serve parathas or puri bhaji for breakfast, but no one served any south Indian food back then.

Have there been any recent developments in the country's culinary scene that you find particularly exciting?

Yes, what's heartening is the opening of small restaurants specialising in regional food. I wish them well.

Diners' tastes presently are changing slowly. They are fascinated with international restaurant concepts that they can now experience for the first time by paying in rupees.

This will change when the restaurant business owners look at Indian food with greater depth.

What are some of the factors that hold Indian food back from gaining global prominence today?

Firstly, there's a lack of professional chefs who know Indian cooking -- catering colleges don't do this, as they teach more baking and European cooking.

Secondly, no technology has been applied to the culinary industry. Tandoors don't have temperature gauges, there is no attention to sticking your hands into an oven at 450 degrees C and sticking bread on its walls!

Mexicans have tortilla machines but India doesn't have chapati machines, except in very large establishments like the Golden Temple in Amritsar.

We have such a large body of engineers in this country -- why is there no interest in all this?

How do you see the future of Indian food?

The future of Indian food will be good when we Indians in India think Indian food is great! When Italians go out to eat they mostly eat Italian, the French patronise French restaurants, bistros and brasseries, the Chinese go out to eat their own food. Our upmarket city folks love Japanese, Chinese, Italian and anything else that's new. Better Indian food needs a supportive market.

If it were your last meal, what would be on your plate?

A nice spicy Andhra meal on a banana leaf. Including Chicken 65!