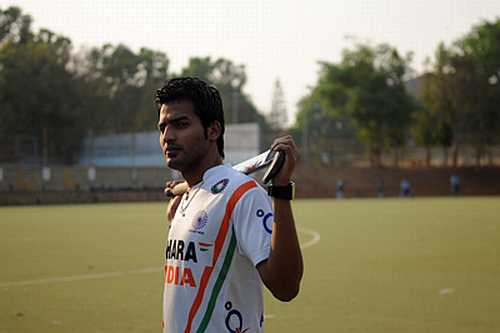 Yuvraj Walmiki was rejected by junior hockey camp 13 times. But nothing could dent his resolve to go on playing the game. His next goal is playing at the London Olympics 2012.

It is said that it is always the darkest before the dawn.

For this hockey player too, this was true in 2009.

Despite playing both at the club level and regional level, a very self-motivated Yuvraj was faced with, what he calls, the 'most discouraging situation' of his career till date.

Despite being selected for the Junior World Cup team, he was ped at the last moment.

With just two days to go, for the tournament, he was informed that he had been ped from the team, and the reason given was that he did not have much international experience.

Yuvraj recalls: "I told them that until and unless you give me international experience, how do I get it? That was the most hurting incident in my life since I started playing."

For the next four months, he stopped playing. But he moved on. And as they say, the rest is history.

'I realised that cricket is a very rich game' 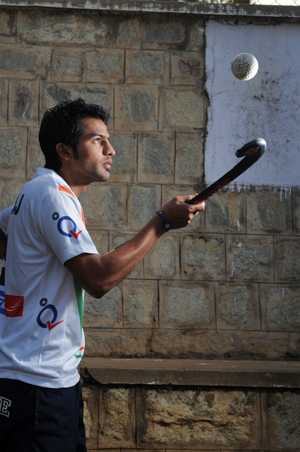 Born in the slums of Marine Lines in Mumbai, he grew up in a small shanty along with his father (a driver by profession), mother (housewife), elder brother (a peon), another brother who is mentally-challenged and a younger brother, an upcoming hockey player.

"There was no electricity, no water connection, no toilet, nothing," shares Yuvraj.

His parents managed to give him and all his siblings education, by taking personal loans. But none of these problems could constrict his dream of becoming a sportsman.

A starry-eyed Yuvraj believes, "Once you dream of doing something, stop worrying about what goes on in your surrounding. Give 100 percent of hard work, which is the only thing that pays off."

In his quest to become a sportsman his first attempt was to join a cricket academy in Mumbai.

But, the coach there demanded a stiff fee for training.

"I could not have thought of spending 4500 rupees on training and then again on cricket gear. I realised that cricket is a very rich game."

His friend helped him buy a hockey kit, jersey and shoes 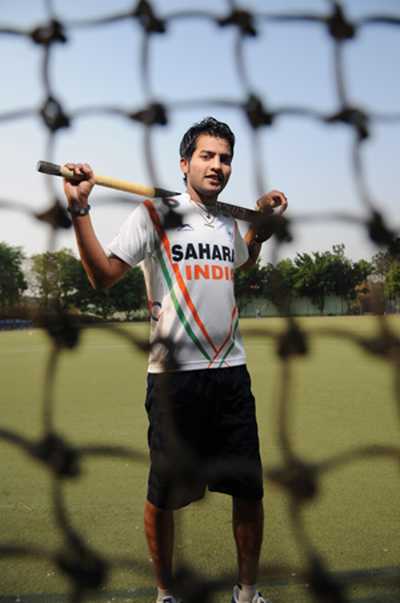 One day, Yuvraj saw Boon's name and photograph in a newspaper after he scored some winning goals.

From that day on, Yuvraj was determined to play and get featured in a newspaper, too! But he had no money to buy the kit required for practise.

Noticing his interest in the game, Boon decided to help his friend out with a hockey kit, jersey and shoes.

"For me it was more like just go and play! One should know how to grab the opportunity at the right time at the right place," Yuvraj said.

Through coach Bawa, he got his first break in 2003 with the Bombay Republicans.

For the next two years he played for the club and was awarded Best Player of the Tournament during both years.

In 2005, he got a call from Bank of India and played for the bank for the next two years, in the senior division of the Bombay league.

In the 2010 German League, he scored 15 goals in nine matches 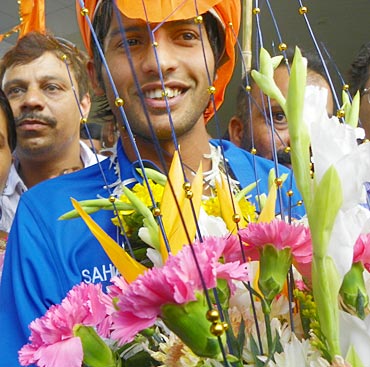 The 17-year-old, bubbling with enthusiasm, was soon noticed by Dhanraj Pillay, a mercurial forward and former captain of the Indian hockey team.

He helped him bag a contract with Air India in 2007.

Yuvraj felt his career was on track, and then some bad news followed. He was ped from the Junior Hockey team for the World Cup.

Yuvraj almost gave up hockey. But the support of Dhanraj Pillay and his coach saw him through.

For the next couple of years, he participated in local tournaments. He also played in the 2010 German League and scored 15 goals in nine matches.

Yuvraj says his German League experience was of immense help to get in touch with the fast-paced European style of hockey.

'Even if I get two minutes to play, I will give 120 percent and deliver my best' 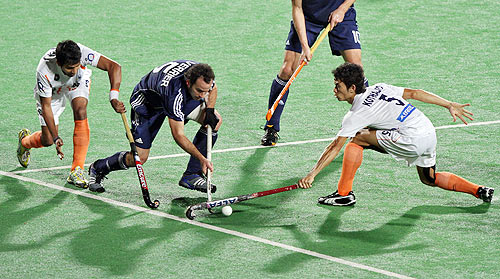 When the national camp for seniors came up in 2011, he was ready for the big role.

"I credit my selection in the Indian hockey team to coach Michael Nobbs, for realising my talent and giving me an opportunity to compete in the senior camp," he adds.

Astounded by the tough competition among so many players, he thought, "Yahaan tho mela lagaa hua hai"! (What a huge crowd!).

But his determination saw him through. He competed with 110 others and successfully secured a place in the top 18.

"Even if I get two minutes to play, I will give 120 percent and deliver my best," he says.

Yuvraj was selected and made his debut in national colours as a part of the Indian Hockey team for the Asian Champions Trophy in China.

The crowning glory for him was a match against arch rival Pakistan, where in the penalty shoot-out his goal gave India a 3-1 lead and ultimately led to India's 4-2 win.

Nothing can stop him from dreaming big! 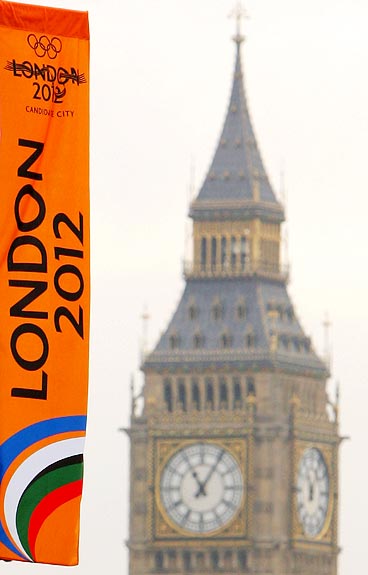 Image: A London 2012 Olympic Games banner flutters in the wind with Big Ben in the background
Photographs: Getty Images

Owing to a hamstring injury, Yuvraj was unable to participate in the last few qualifier matches for the London Olympics 2012.

But not all hope is lost.

The young forward is training hard and conditioning himself to be fit enough to don the national colours again.

When it comes to his passion, nothing can stop him from dreaming big!