Like Steve Jobs, a trip to India changed his life 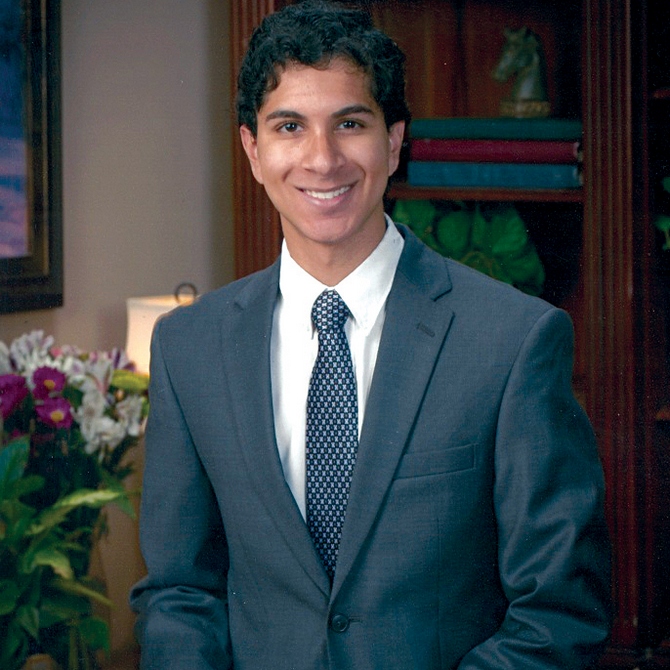 In the twelfth part of a series on Presidential Scholars, Arthur J Pais profiles Sathvik Namburar whose ten-week stint at a Tamil Nadu hospital made him realise the vast need for health care across the globe.

Sathvik Namburar has many accomplishments under his belt, including a perfect ACT score, and being a National Merit finalist and valedictorian of the Woodward Academy Class of 2014 in College Park, Georgia.

He has published independent science research while doing a study at Georgia Tech.

He has won the Departmental Recognition Awards for Excellence in Mathematics and Science, and has participated in the Georgia Governor's Honors Program, the Intel Science Talent Search, National Honor Society, and Spanish Honor Society.

But his best lessons and experiences came in a hospital some 10,000 miles away.

Part of his time there was spent designing and conducting a survey for paediatric patients on their experiences at the hospital.

He also wrote a research paper with recommendations for the hospital.

Most of the patients spoke very little English, so he had to pick up some Tamil -- he knows better Telugu -- to communicate with them.

It was during this sojourn, he said, he "truly learned of the great need for service around the world."

'Beyond administering a patient survey and shadowing ophthalmologists for ten weeks,' Sathvik wrote in his Presidential Scholarship essay, 'the time I spent there was an eye-opening experience that introduced me to the vast need for health care across the globe.'

It was amazing, he said, "to see so many patients being treated with such efficiency and the doctors and nurses working under pressure and with far less resources than you could find in a hospital here and yet offering exemplary care.

At this hospital, 80 per cent of the patients are treated for free or at reduced cost.

Working with the underprivileged at Aravind made me realise that my professional future lay in health care -- which I have always had an interest in -- and charity work."

Sathvik realised that millions of Americans also lack access to skilled specialists, and often only one overworked general practitioner is available to treat an entire town in many rural communities.

"It seems that little is being done to address this gap in our health-care system, and I believe it is my calling to do so," Sathvik said.

"I hope to one day establish regional medical centres that are home to skilled specialists and are easily accessible to people in rural areas in America.

"By making these centres efficient and utilising new technologies to the fullest, I would be able to make health care more affordable for the rural poor."

Sathvik, who will study medicine at Johns Hopkins University, has also enjoyed being a volunteer at the Fernbank Museum of Natural History, where he informs visitors about aspects of natural science and also serves as an unofficial museum ambassador.

He then presented this program at a faculty meeting at his school.

Now, there are 15 students going twice a week to a local elementary school to assist with this program. They also play sports and games with disadvantaged schoolchildren.

After the Typhoon Haiyan ravaged the Philippines, Sathvik created a secure Web site to raise funds for the Red Cross and leveraged social media and the Internet to publicise the fundraiser to his schools community.

'My parents are immigrants from India, and they have risen above their meager beginnings to attain wealth and send their children to private school,' he wrote.

'Along the way, they have both shown me and told me that I need to serve others who are less fortunate than I am. They give their time and money to various causes and have encouraged me to do the same.'

"I also enjoy serving," he said, "because it enables me to impact others' lives in positive ways. I know that if I can make even one person's life better, I'll have done my job."

How would he describe himself?

"I am someone who recognises his place in the world," he said, "and seeks to impact it one little step at a time, all the while maintaining my humility and enjoying what I do."

More from our Achievers section here