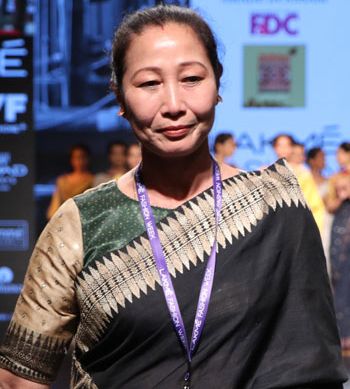 'People didn't know of my presence until they saw my saris at the Lakme Fashion Week.'

Back in 2012 when Anuradha Kuli won the National Award from the ministry of textiles, people had barely heard about her outside her village in Upper Assam.

Since August, when she showcased her collection of saris at the Lakme Fashion Week, Anuradha has become something of a celebrity.

This designer has been working hard to keep her ancestral heritage alive through her saris. Her stunning drapes are 100 per cent natural and have been dyed painstakingly with turmeric, lac, indigo, harda and iron.

Her designs have been inspired by what her ancestors wore decades ago -- before designing the saris Anuradha visited museums in Assam so that she could revive the traditional motifs which were part of an era gone by.

Unlike some designers, Anuradha refuses to use chemicals in her saris and is willing to have smaller profit margins and put in longer hours of work. Her only desire is to make people wear beautiful, natural clothes.

Anuradha's journey started early, when she was all of eight. Today she has over 25 years of experience. With no formal training in design, she learnt to spin the loom watching her mother weave blankets.

Her father wanted her to go to the city and find a job with a good salary. Destiny chalked out a different path for Anuradha, who initially started to weave in her spare time to earn some pocket money. The women in her neighbourhood loved her designs. And as time passed, Anuradha's work was recognised.

Bit by bit; year by year, she strived to bring together the weavers in her neighbourhood to work for her, and today they're one BIG family.

Rediff.com's Anita Aikara spoke to Anuradha Kuli about her journey, her label Naturally Anuradha and why there are such few women like her today. Is it true that your mother was a blanket weaver?

My family has been associated with handloom for years.

My mother was a blanket weaver.

The Miri tribe in Assam, which I belong to, produces special cotton blankets known as Mirijim, which my mother used to weave.

At what age did you start weaving?

When I was eight years old, I could spin and weave traditional fabric.

Weaving and handloom are such integral parts of Assam that almost every family has a loom.

We cultivate cotton and with the looms make these blankets.

At an early age, I saw my mother working on a bamboo loom. That's how I learnt to use the loom.

From early childhood I was familiar with weaving just like the other girls of my village.

Earlier people used to say that if you don't know how to weave, you were not eligible to get married.

Did your parents encourage your passion for weaving?

My father was keen that I focus on my studies. He didn't like me making clothes.

My mother was very supportive. She belonged to the old school of thought and was glad that I knew how to weave. How did you get your first assignment?

In 1991, I was selected for a training course as a demonstrator. On completion of the course, there were no job vacancies.

So I started a weaving business at my father's house at Dhemaji (in Assam), with three ordinary bamboo looms, which didn't cost much.

I did it for pocket money, and took the help of two to three young girls from the neighbourhood.

How did the final product turn out?

Oh! I received a good response from the women in the neighbourhood. They loved my work.

Do you have any training in handloom?

I have absolutely no training in handloom.

I did a one year certificate course in silk by the Assam government. I learned about the different types of silk, its production, how it is cultivated.

In 1995, I got married. My husband Malaya Kumar Pegu had a night bus service. After my marriage, I stopped my loom for a few years because I had too much in my hands by then. 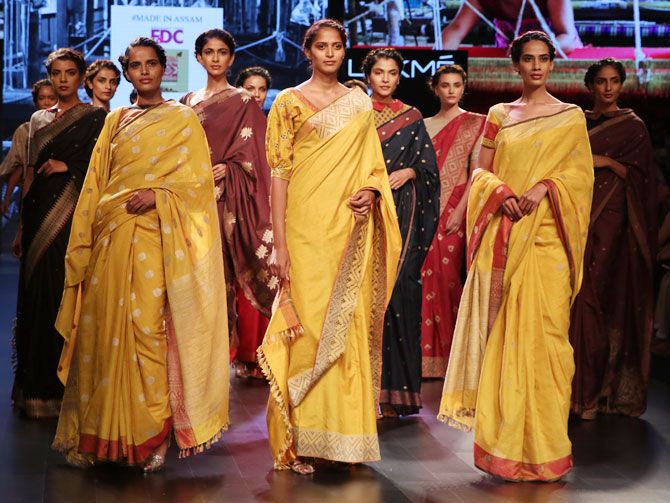 Really! What made you get back to weaving?

About a year after the birth of our first daughter, I started my business with the looms I had. I set up a temporary shed in our rented house at Guwahati.

In 1998, I was offered a job in the sericulture department, but I didn't stop.

I did my government job during the day, and designed saris at night.

What is your schedule right now?

I have a government job and whenever I find the time, I weave over the weekends and even at night.

My husband is very supportive and got me interested in weaving post the sabbatical I took after marriage.

There are 60 workers in my factory and they are all like family to me.

I believe in being involved in every stage, from choosing the raw materials and selecting the natural dye, to processing it and the final weaving with the chosen design.

Each tribe has a variation of the Mekhala.

I follow the patterns and colours, like deep maroon and indigo, which are extremely popular with Assam's Miri tribe. The colours of my saris are deep maroon or purple.

How did you choose the motifs on your saris?

I tried to stay true to my roots. When deciding on the motifs to be used on the saris, I visited museums in Assam to get inspired by the traditional weaves.

The motifs I used on my sari are typical to the Mishing tribe. My saris have distinctive threads coloured in 100 per cent natural dye.

Do you make your own dyes?

I use no chemical dyes. I make the dye from raw haldi and indigo. I cultivate my own lac in my village.

I use a particular iron, which is available only in the hills of Cherrapunji, Meghalaya. I use this iron and indigo to create a dark colour.

A lot of work goes into making the sari. Most of the time is spent on getting the thread dyed and ready. 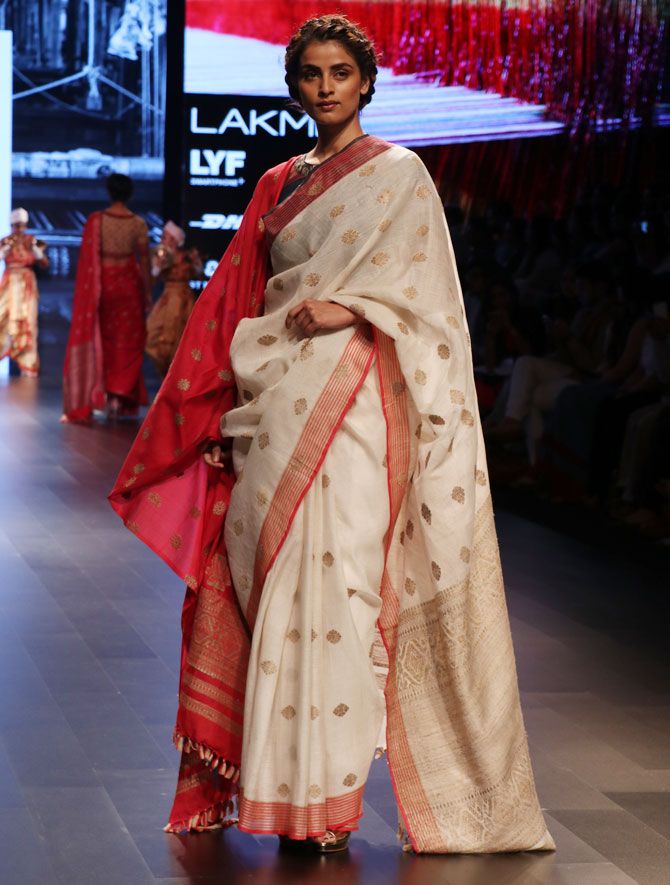 IMAGE: 'Once I see a sari, I don't need a tester to tell you whether it is made of natural or artificial dye,' says Anuradha Kuli. Photograph: Hitesh Harisinghani/Rediff.com

Is it easy to get weavers to create natural dyes?

I have 60 workers who help me. They have been trained by me.

Not everyone is interested in this kind of job because it involves a lot of hard work.

But there are a few who are really passionate about it. These are really poor people. But I take care of their families and treat them like my own.

Now they they wouldn't work with anyone else. Their entire families are involved in this work and run their homes with the income they earn.

Why do you think designers choose artificial colours to natural ones?

People want the easy way out. Working with natural dyes takes a lot of time.

Most designers nowadays choose to work with chemicals and artificial dyes as it involves lesser work.

Plenty of designers lie that they are using natural dye and charge exorbitant prices. That hurts me.

I once attended a workshop on how to prepare natural dyes and was surprised to see them actually using chemicals to create dyes. 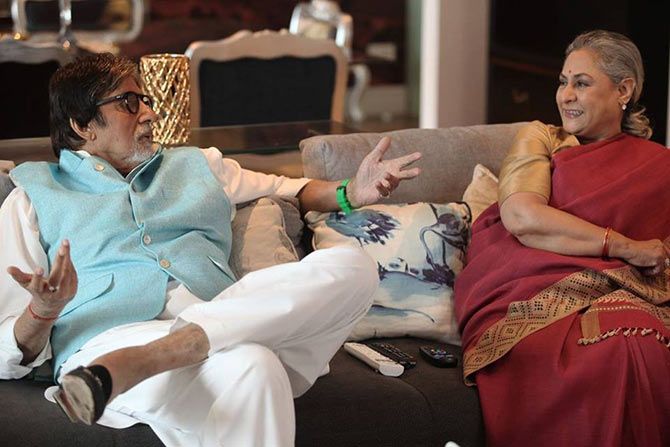 IMAGE: In the movie Ki & Ka, Jaya Bachchan wore one of Anuradha's saris.

Have you ever thought of making the switch to chemicals?

There are times when people have suggested that I use chemicals, but I'm not comfortable doing that.

I am passionate about what I do and even if the money is less, I am going to continue doing it. It gives me immense satisfaction and I know there are people out there who value it.

I am not doing this for the money. I want to make people wear beautiful, natural clothes.

In Assam there are plenty of people who make natural dyes. But they have not come under the limelight and people barely know about them.

How does one identify a sari made in natural dye?

There are ways to test if a sari is made of natural dye. But I am not sure if the testers are available in the Indian market.

Once I see a sari, I don't need a tester to tell whether it is made of natural or artificial dye.

The colours don't shine as much as the saris made in chemicals.

The government needs to spread awareness about natural dyes. People need to be aware of its benefits. 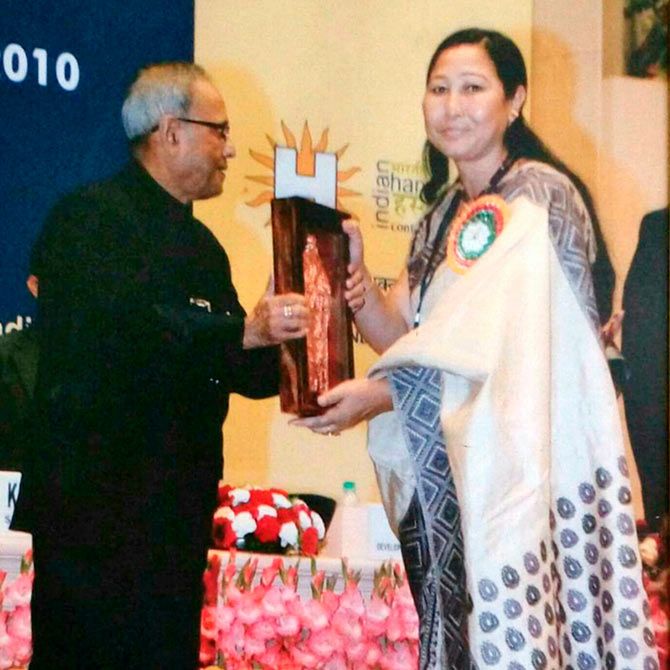 You are a National Award winner!

I won the National Award in 2012, but no one has written about it. People didn't know of my presence until they saw my saris at the Lakme Fashion Week.

Back then despite having won the National Award I had plenty of challenges selling my products.

Before I got selected for LFW I had just one sari of each colour. The criteria at Lakme required me to have at least four saris in the same colour.

That was a lot of effort put in at such a short notice. I worked day and night and took leave from office for a month to complete the work.

How have things changed post your fashion show at LFW 2016?

I'm getting orders from customers in India and from international clients too.

Now we have so much demand that we're trying our best to up our supply to meet it.

There are plenty of fashion weeks in India and I hope that the talented designers and weavers from Assam get a platform to showcase their work.

Is your elder daughter following in your footsteps?

I have two daughters. The older one is studying textile design, the younger one is in Class 12.

I hope my daughter continues the family lineage. I'm glad I can help her.

When I started off there was no one to help me, but that won't be the case with my daughter. I'm there for her.

As for my husband, he manages a lot of work for me -- from raw material procurement to marketing. 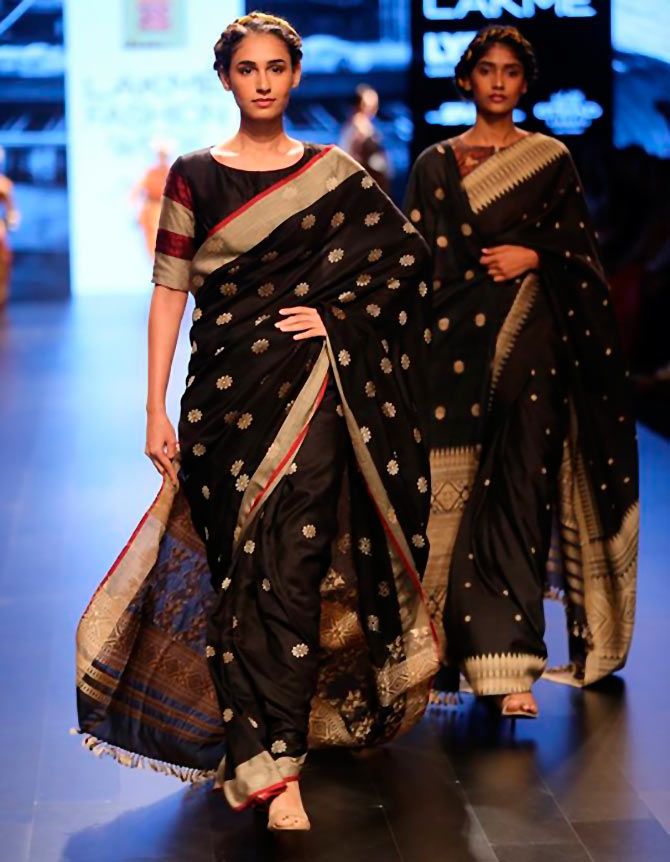 How can people buy your saris?

People can buy my saris online on my Web site, but I have put too few designs online.

I launched the Web site -- www.naturallyanuradha.com -- a little before Lakme Fashion Week. 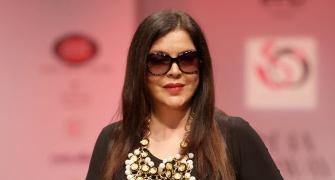 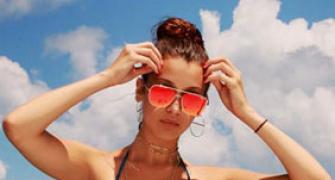 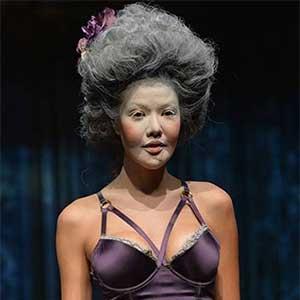 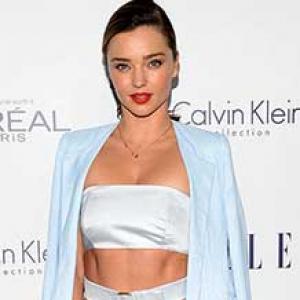