Given the economic trends, it might make sense to allocate some savings to gold. 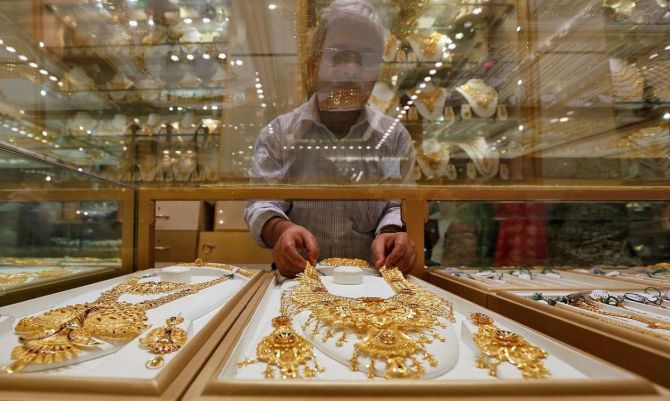 Financial markets have entered a bearish phase due to a combination of events.

The rapid surge in Omicron is now guaranteed to slow economic recovery, leading to reduced demand for energy and commodities -- those markets have also corrected.

Hawkish action by the US Federal Reserve could also cut liquidity, which leads to less risk-taking.

There are inflation fears, driven by continuing supply chain disruptions and also by the fact that there was pent-up demand during the lockdowns which is now showing up.

This is the classic situation where investors start looking at the oldest asset class -- gold.

The precious metal is considered one of the best hedges against inflation and it tends to have an inverse relationship with economic growth and equities.

In years when equity does well, gold doesn't have good returns.

But when equities are doing badly and debt instruments are also doing badly, gold often has a stellar return.

It's interesting looking at the returns from various assets since the global crisis of 2008.

The period between 2008 and 2021 has seen two major financial crises, and also the pandemic.

In this period, global equities using the MSCI ACWI (All Country World Index) as a benchmark had a compound annual growth rate (CAGR) of 9.5 per cent between January 2008 and November 2021.

The CRISIL Long-Term Debt Index has a return of 8.93 per cent.

So the tradition of gold performing well as a hedge during periods of turmoil seems to hold. (All returns are given in rupee terms).

Gold had a negative return of minus 4.2 per cent.

However, there's been increasing interest in the precious metal after the market trend weakened. 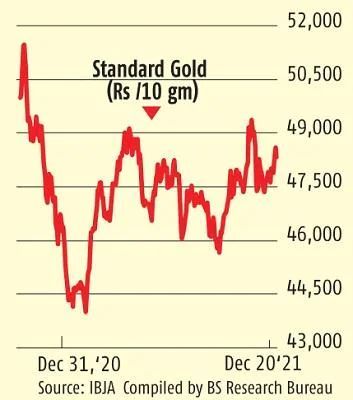 One negative factor that investors must note is that gold also has an inverse relationship with the dollar.

Since gold prices are dollar-denominated, when the dollar strengthens, gold tends to lose value.

However, this could be balanced off by the fact that other central banks are likely to follow suit by tightening money supply, given the US Fed attitude.

In that case, the dollar rise could be contained.

There are rumours of possible import duty reductions in the next Budget -- close to 85 per cent of India's gold is imported and it is often the second-largest item by value on the import list.

Indian households have a strong affinity for gold.

The April-December 2020 period saw many distressed families selling gold or taking loans against them.

The government's sovereign gold bond scheme is also popular and this is actually an instrument which pays interest on gold.

Given the economic trends, it might make sense to allocate some savings to gold.

Rebalancing by booking some profits in equity might be a good hedge for an extended bearish period, especially if there is a strong inflation trend. 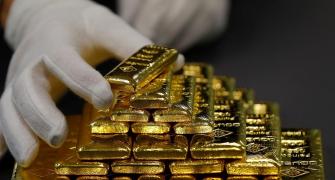