Photos: In search of Lord Shiva in India

Rediff readers seek out the legends of Lord Shiva. 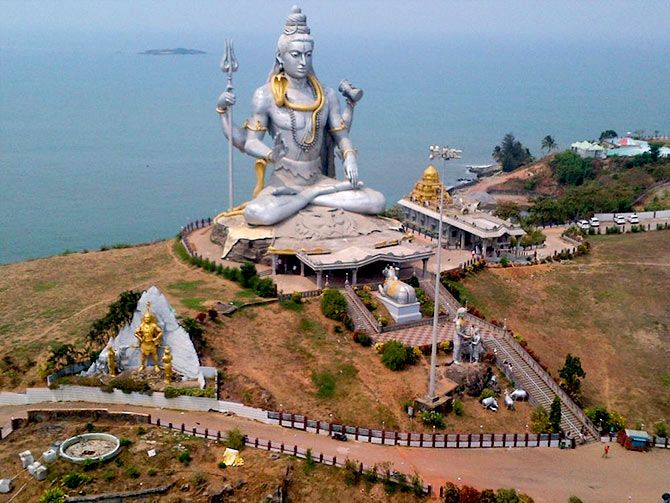 The second biggest deity of lord Shiva in the world -- the biggest is in Nepal -- stands in Murdeshwar, Karnataka. Murdeshwar is another name of Shiva.
The place finds significance in the Ramayana.
Photograph: Satyanarayana Murthy. 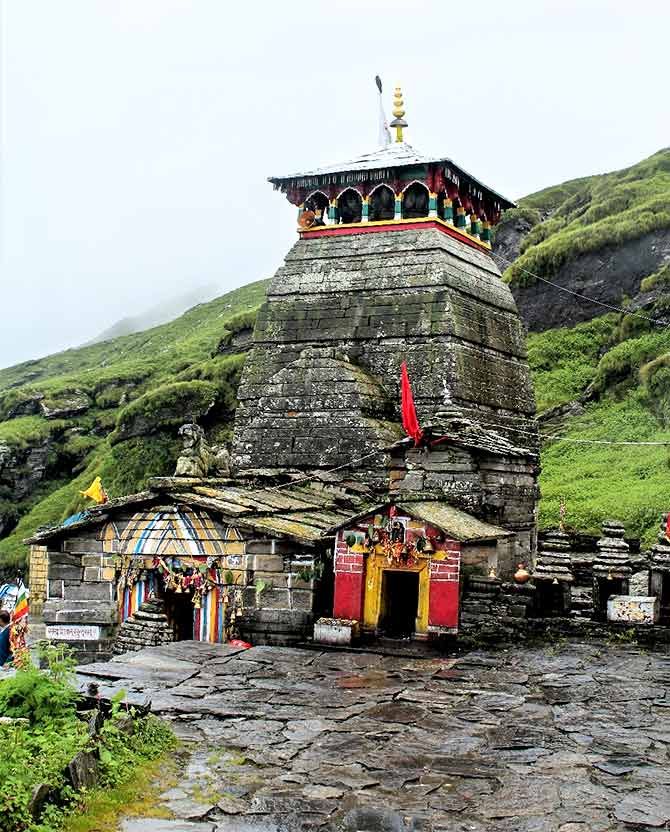 Tungnath temple -- one of the Panch Kedars in Rudraprayag district of Uttarakhand -- is the highest Shiva temple in the world.
It is believed to be at least 5,000 years old. Many legends of Shiva from the Hindu epics of Mahabharata and Ramayana link back to this temple.
Photograph: Sandipan Suklabaidya.

The view of Adi Kailash (Chhota Kailash, not Kailash Parbat) from Jonglingkong Valley.
The mountain, which is sacred to Hindus, lies between Nepal and Uttarakhand.
Photograph: Pavagada Visweswara.
Don't miss: Stunning images from a Kailash Mansarovar Yatra 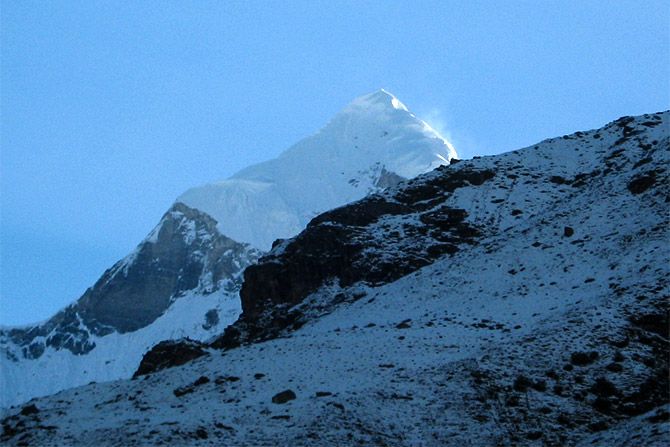 The shining Neelkanth peak near the revered Badrinath temple in Uttarakhand.
Neelkanth is one of Lord Shiva's many epithets. Legend has it that the mountain -- erected by a displeased Shiva -- stands on a road that linked the holy sites of Kedarnath and Bardrinath.
Photograph: Arun Uniyal. 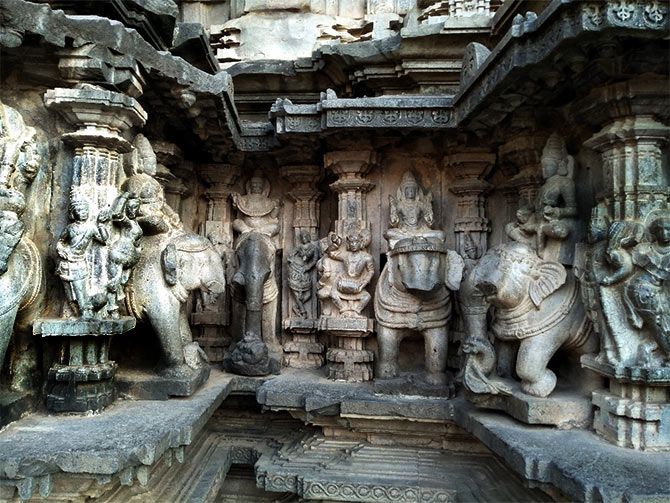 The Kailasanathar Temple in Kanchipuram, Tamil Nadu.
This Shiva temple is the oldest structure in Kanchipuram -- a town famous for its temples and saris.
The sandstone structure was built by Pallava dynasty ruler Rajasimha. It has 58 small shrines dedicated to Lord Shiva.
Photograph: Prathapa Madhav. 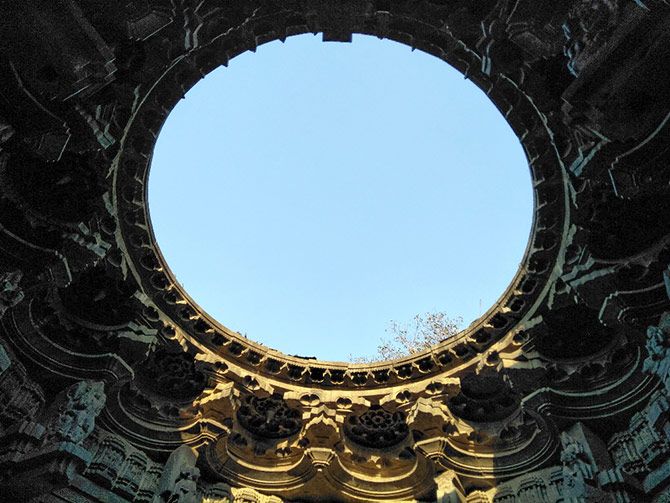 The swarga gruha of the Kopeshwar temple of Khidrapur, in the Kolhapur district of Maharashtra.
Kopeshwar means 'furious god'; it gets its name from the legend that lord Vishnu brought lord Shiva here to calm him down after Sati sacrificed her life.
The temple was built by the Shilahara dynasty between 1109 and 1178 AD.
Photograph: Shyam Chavan. Nandi at a Shiva Temple in Lakkundi, Karnataka.
Lakkundi is home to many temples, several of which are dedicated to lord Shiva.
Photograph: Palanki Narayana. The shivling at the Shri Pardheshvar temple in Aurangabad, Maharashtra, is developed with 111 kg of mercury and installed on a base made of 151 kg of sulphur .
Photograph: Prasad Pathak. 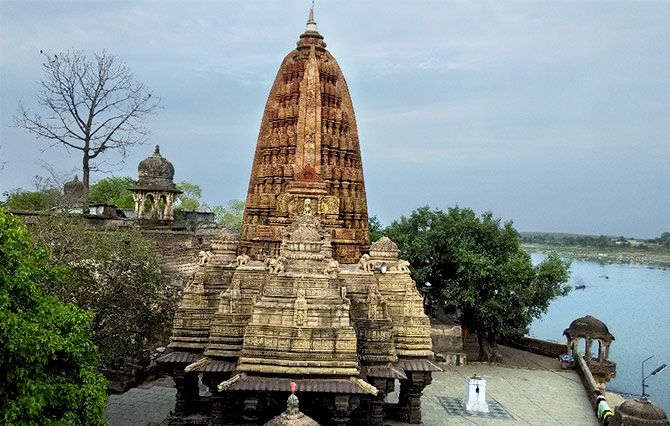 The Shiva temple in Nemawar, Madhya Pradesh is considered the loftiest temple of the Parmar dynasty. Built in the Bhumija architecture style, it is an unusual west-facing shrine.
Photograph: Rediff Reader. 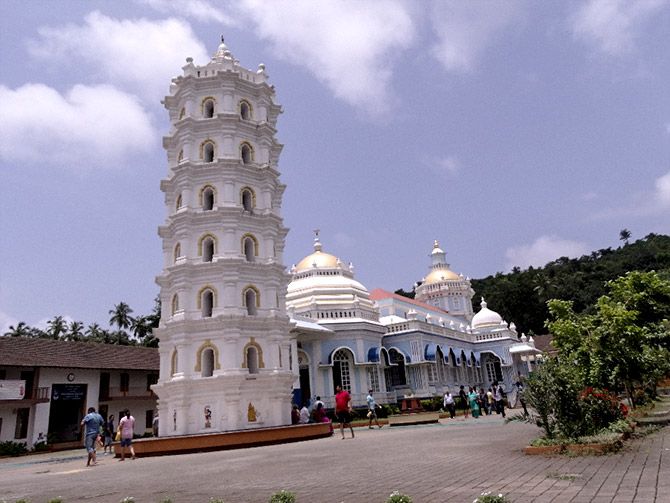 The main shrine at Mangueshi Temple in Goa is dedicated to Bhagavan Manguesh, an incarnation of lord Shiva.
The temple also has shrines dedicated to Shiva's wife, goddess Parvati, and their son, lord Ganesha.
Photograph: Anuj Jha.

Follow this link to post the best of your #India-Photos and we will publish them right here on Rediff.com!

You can see all the published photographs here!

Disclaimer: The photographs featured in this series are, to the best of our knowledge, original entries submitted by readers. Rediff.com does not assume any responsibility for their originality. 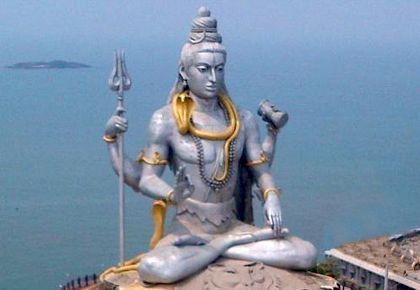 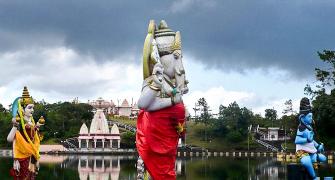 Have you heard of the Ganga Talao in Mauritius? 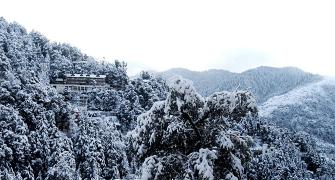 Pics: 10 reasons why you must visit Himachal in winter, not summer! In pics: What you missed at Kala Ghoda Arts festival 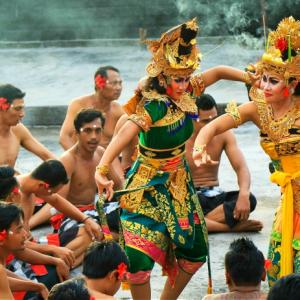 When the Ramayana came to life in Bali 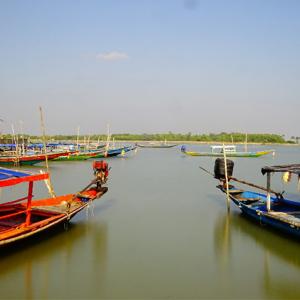