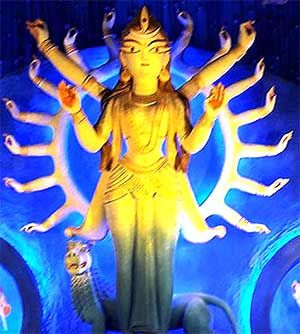 We'd asked you, dear readers to send us photographs of your Durga Puja celebrations.
Here are some interesting pictures we received from you. 
In this ritual, a girl aged between one to sixteen, symbolising the Kumari form of the Goddess is worshipped in front of the idol. This ritual it is believed helps evolve the purity and divinity of the women of the society. 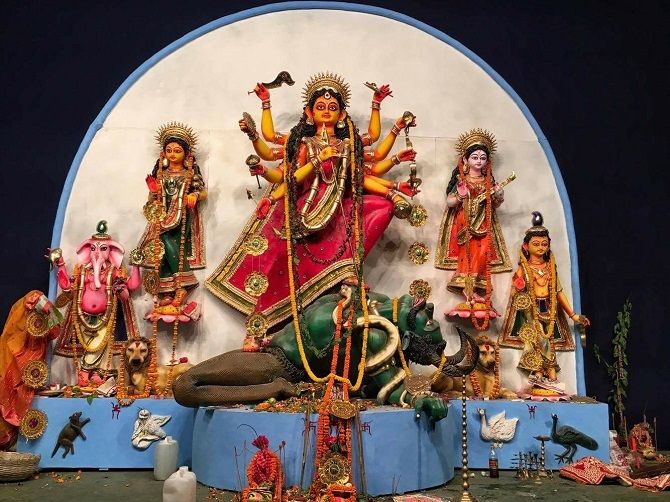 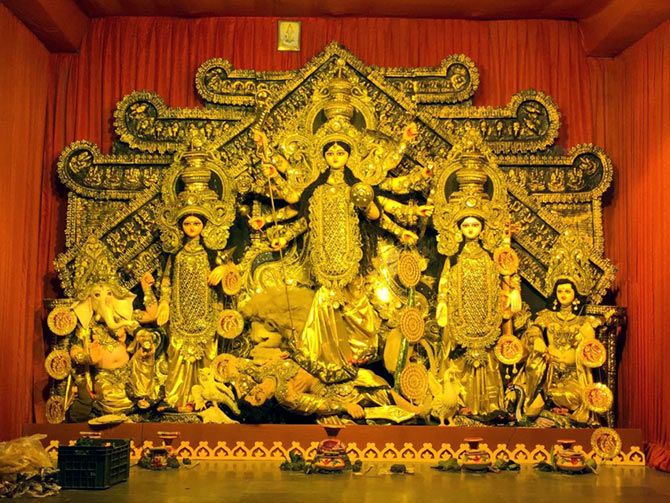 IMAGE: Subhranil sent another picture of the Goddess gleaming in the white lights installed at GD block, Salt Lake, Kolkata. 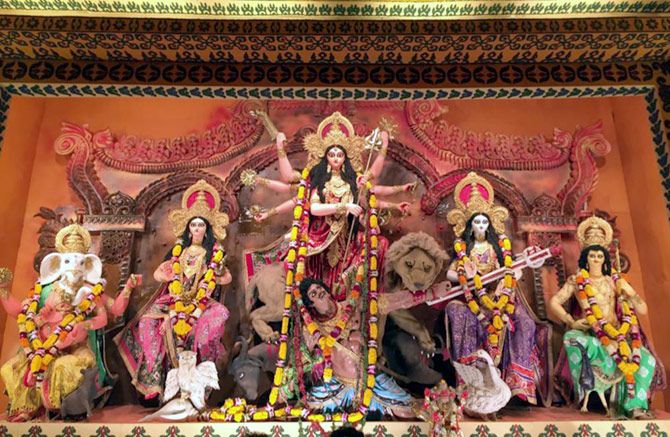 IMAGE: The various colours of the clothes draped on each idol makes them look so beautiful, says Subhranil. The photograph was taken at Gouri Bari, North Kolkata. 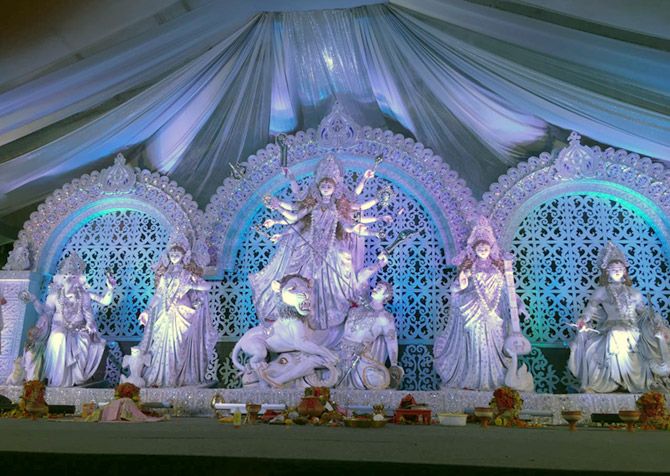 IMAGE: Priyabratta Dash from Orissa sent a picture of the idol at the pandal in Jobra, Cuttack. 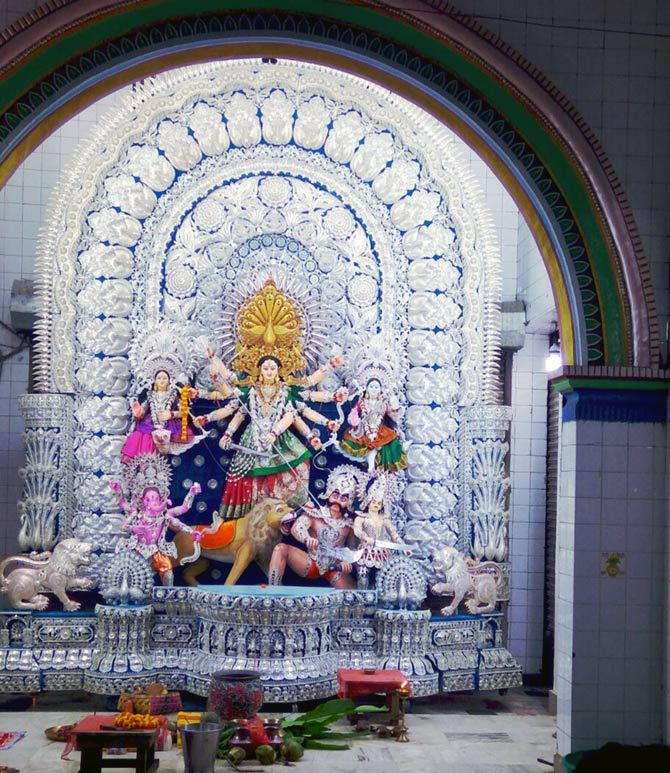 IMAGE: He also shared this beautiful image of Durga from the pandal at Chauliaganj, Cuttack. Don't miss the awe-inspiring golden mukut (crown). 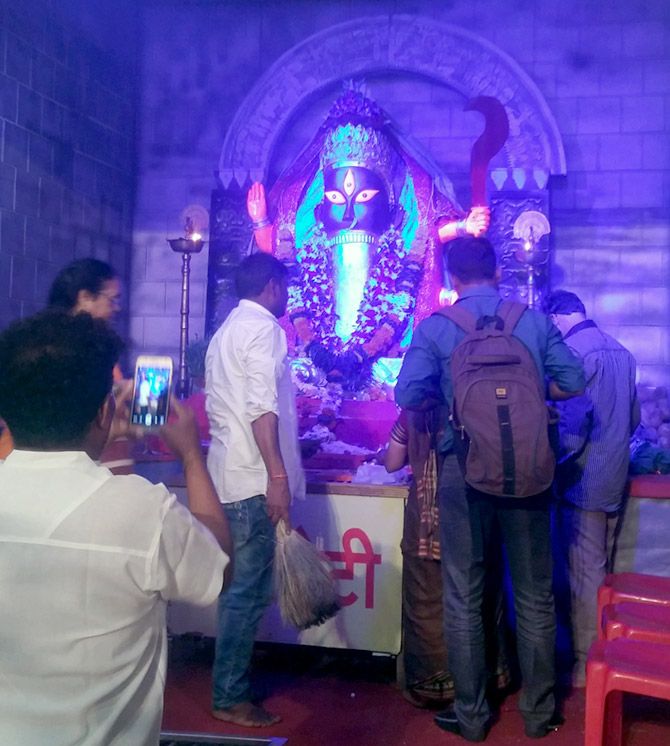 IMAGE: What an unusual avatar of the Goddess! Divya spotted this idol at Thane West, Mumbai where people in large numbers sought blessings from the deity. IMAGE: Monami Sengupta poses for the camera in front of the idol at Congress Bhavan, Pune. 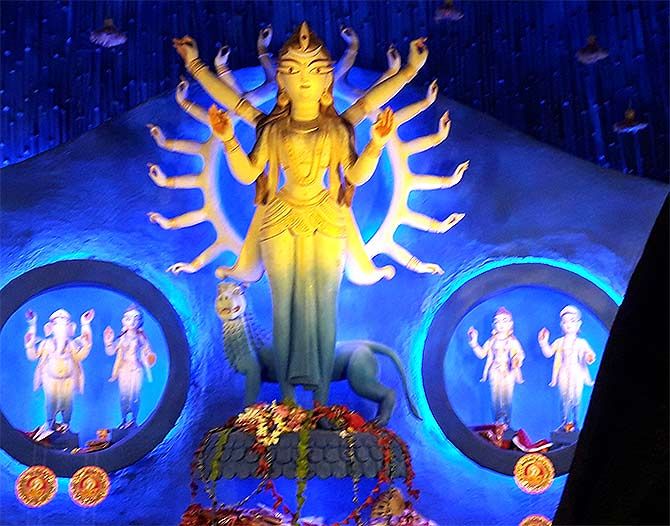 IMAGE: We wind up with this photograph Palanki Narayana, 72 shared from the Durga Puja tableau by Sharjapur Residents' Association in Bengaluru. 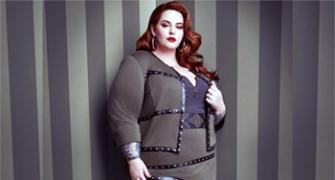 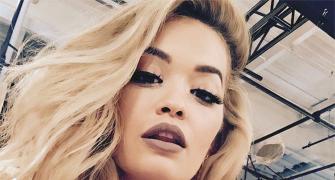 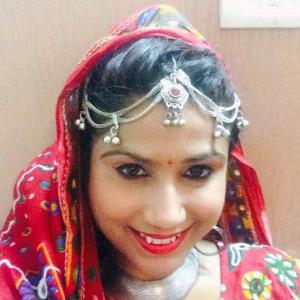 Your Navratri pics: Ethnic all the way!