SEE: Malaika compares herself to a pear

'I have always been told I am pear-shaped,' reveals Malaika Arora.
Photographs and video: Hitesh Harisinghani/Rediff.com 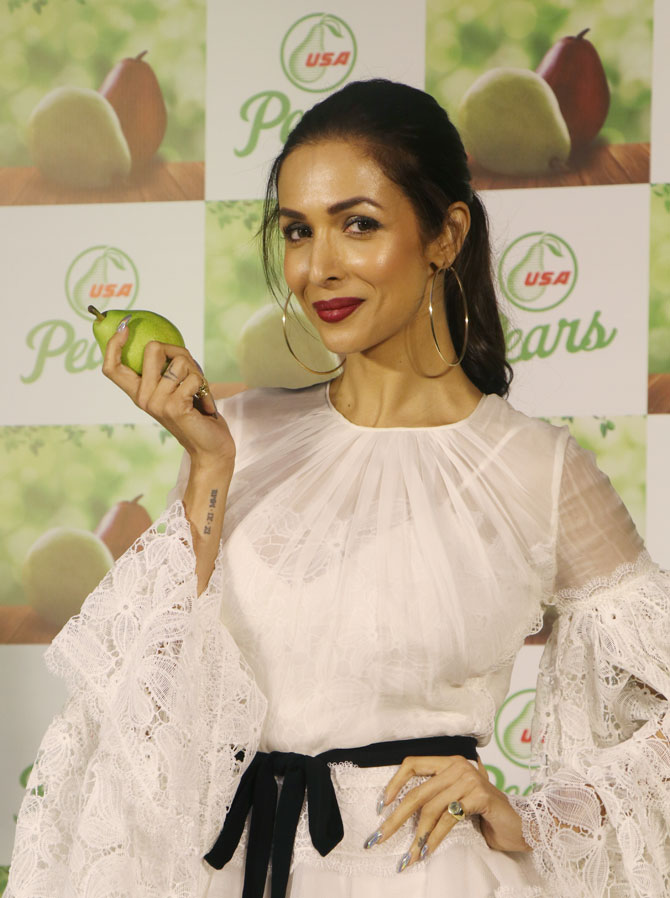 Model-actor and fitness influencer Malaika Arora is ambassador for USA Pears in India.

At the launch event in Mumbai, also attended by nutritionist Pooja Makhija, Malaika revealed why she is excited to be a part of the brand. 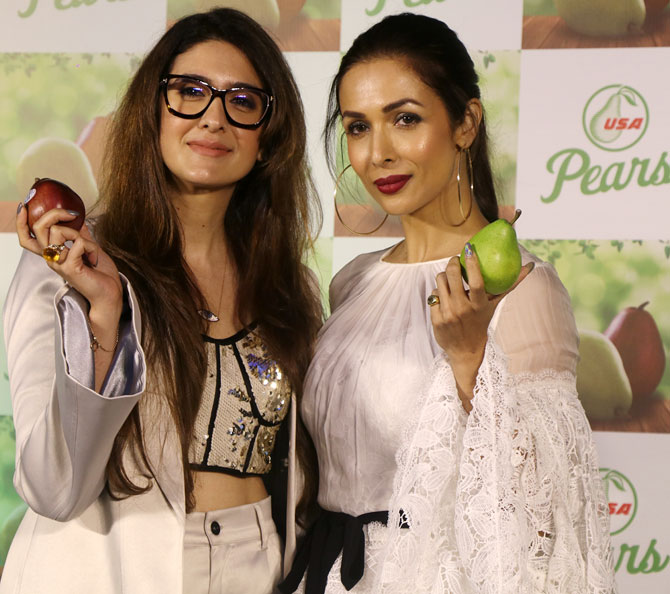 IMAGE: Pooja Makhija and Malaika Arora at the launch of USA Pears in Mumbai.

"Pears is a regular part of my fitness regime," says Malaika, who turned 44 on October 23 and attended the event in a white lace dress.

SEE: Why Malaika compares herself to a Pear.

"One medium pear can help you feel satisfied longer between meals and snacks, thus aiding in weight loss," says Makhija.

"Much of the fibre in fresh pears is in the form of pectin which has been shown to reduce cholestrol and decrease the risk of heart disease. Pears also have vitamin C, an important antioxidant necessary for bone and tissue health, and prevention of cardiovascular disease and various cancers," adds the nutritionist. 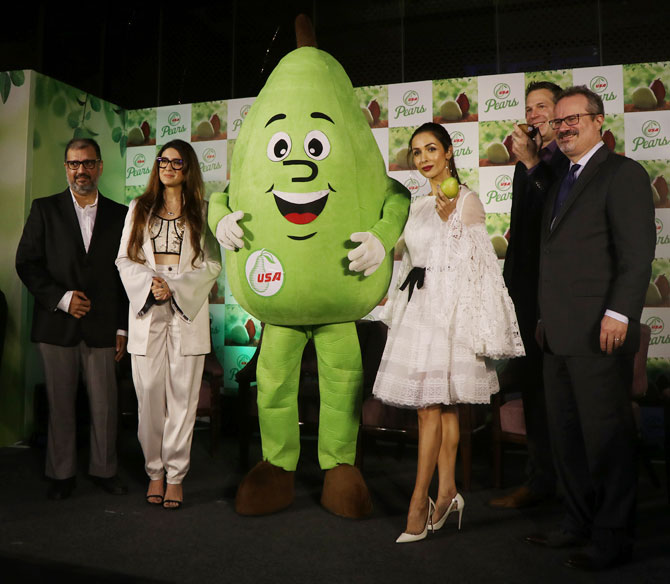 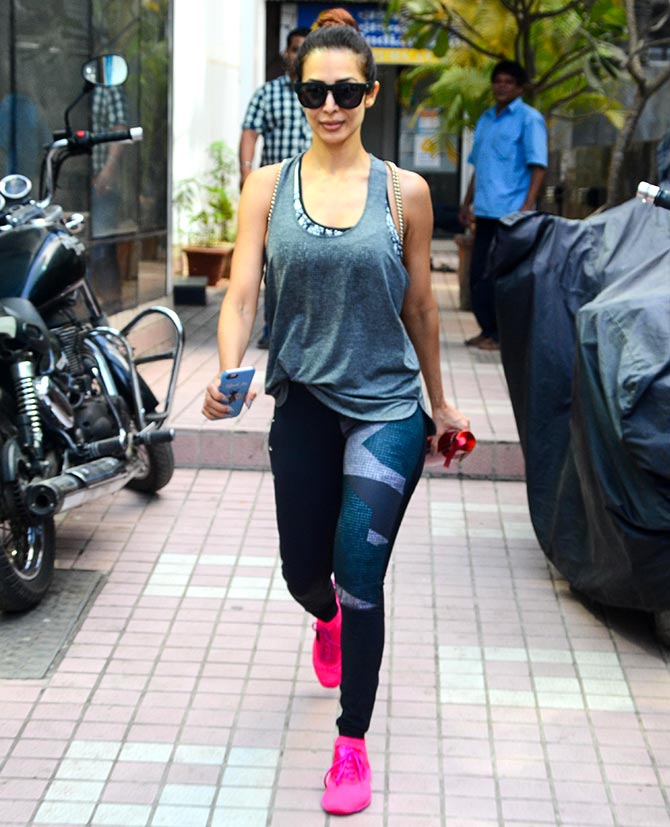 Malaika's moves will set your core on fire! 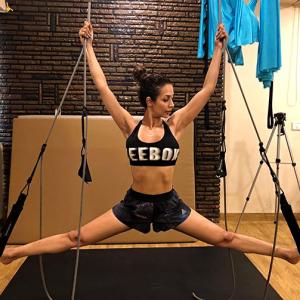