Strategy Guru Roopa Unnikrishnan decided to go Mobile Only when she and her family took a recent vacation. This is what she encountered: IMAGE: Strategy Guru Roopa Unnikrishnan, her husband Sreenath Sreenivasan, the Chief Digital Officer at the Metropolitan Museum of Modern Art, New York, their twins Durga and Krishna on a gondola in Venice and, left, and the sites she and her family used for their holiday.

There's a bit of an online storm in a teacup about whether businesses need to be Mobile First, Mobile Only, or primarily mobile-driven. The conversation tends to be driven by tech investment and app development visions. However, my vacation travel experiences over the past month have underscored the key need -- putting the user in the middle of accessibility decisions.

The trick is not all about apps. Some apps that I became dependent on -- Tripadvisor, for one -- were brilliant. Other great online experiences were about having an easy to manage and engaging Web site, such as hotels.com

Some background on the trip may be helpful. My husband and I were invited by the Italia Innovation programme in Vicenza, Italy -- me to speak on the 5 habits of disruptive innovators and him on the impact of digital innovations on cultural institutions. That meant that we had about four days of our trip planned for us.

We decided to use our holidays to see more of Italy and an adjacent country. UK won the straw poll we did of the kids, so the only arrangements we made going into the vacation was to have the flight back scheduled to take us back to JFK from Heathrow.

We also booked a car for our time in Italy (more on that later). Pretty much everything else was going to be managed on the fly. Hence the focus on our smartphones -- we were going to be mobile first, even if the services weren't.

Not surprisingly, the most fraught element of the mobile-only strategy is connectivity. We reached out to our social networks, and received tons of advice from friends suggesting that it would be easy to switch to international SIMS on our iPhone 6s. We quickly discovered that wasn't the case. Make sure to unlock your phones ahead of time. Additionally, there are tremendous deals going in places like Italy.

We landed up testing 3 carriers. The phone from '3' that we got for our son who was off to Juventus soccer camp didn't have much coverage in the hills of Folgaria, but the plans from Vodphone and Tim that the rest of us had were excellent. Tim had a great deal on at that time -- if you have friends in the region, make sure to check in with them about deals before making a decision.

All have lots of stores around in the different cities we visited, and it's pretty easy to top up any of these options.

In the UK we went with Labara SIM cards. Instead of finding their own stores, you can 'top up' as they say, at lots of local department stores or via your phone itself.

Least fun? I now have a bag of tiny UK and Italy SIM cards that I need to remember to use in the future. We were surprised that none of the providers we talked to seemed to have any pan-European options. Seems to be a real opportunity, since I'm guessing quite a few businesses have some kind of transnational element to it. Wouldn't it have made sense for them to have the ability to create packages for UK and Italy, for example?

The trains in Europe were pretty easy to find and book online. I didn't download the apps, in fact the UK train system made it pretty tough to download their app. It was invite only -- how terribly British. However, their Web site was pretty mobile friendly, and it was easy to find a series of options.

What's less helpful is that their systems continue to require physical tickets. The lack of any kind of mobile reader makes the train system a little difficult to manage. So no running jumps onto the train, since in the UK, you can't get out without having a ticket to pop into a gate that prevents exits. So no mobile first on European trains.

We hired a car in Milan to drive our son up into the hills of Folgaria in the Italian Alps and then on to Vicenza and Venice.

The magic of Google Maps made sure that we drove 500 miles around the country, including making it up to some obscure hotels like the fabulous Villa Michelangelo up in the foothills. The only times I swore at Google Maps was in Venice. That intricate city flummoxed the great GOOG.

Hotels.com, which I accessed via their Web site, has also managed to build an impressive inventory of hotel listings and B&B options. There's a little bit of buyer beware, though. We had both four-star and pretty much 0-star experiences in the same city (Venice). However, at a pinch, the integration of maps, reviews and filtering options makes this a brilliant app. But remember, the ratings are only as good as the community that rates. There's at least one 3.2 rated hotel in Venice that should be drummed out!! (Their ratings go from 1 to 5.)

Tripadvisor comes out on top, though, with the beginnings of ticket integration into the mix. The app is evolving as we speak, but the handiest element is the ability to download cities for offline access. This means that you have access to information about hotels, restaurants, things to do and travel guides. You do get periodic prompts to book tours and packages, but the Wikipedia pulls for descriptions makes this a pretty strong stand-alone app to guide your through trips.

Another winner, given its emerging global expansion, was Uber. Especially in London, where there was an Underground strike on one day and a Victoria Station evacuation on another, UberX can be both a convenient and cheap option to get around the city (with much better pricing than New York City). The app makes the experience seamless, treating you exactly the same as it would in your home city. The uniform customer experience made this an extremely helpful app.

Two major areas of failure: Power and wifi. In every hotel in Italy (and some in England), there were no easy-to-access power points. Nothing near the beds, nothing even near the desk. We were often on our hands and knees looking for juice. And the wifi availability was spotty at best.

Even a fancy hotel offered wifi (free or otherwise) only in the lobby. Which meant my husband was parked in the lobby with his laptop trying to get work done. Both these areas need great improvement in Europe.

Restaurant reservations is another big opportunity space. In the New York version of Tripadvisor, you'll see some integration with Opentable. That's what we missed during our European trip. The lack of a simple reservations app and system made it difficult to get reservations, though it did allow us to grab some amazing, serendipitous gastronomic experiences.

The best quasi-mobile restaurant experience was when we met an ex-restaurateur on the train from Turin to Venice. As we chatted, he jumped on his cellphone, got his friend to give us a couple of phone numbers that he entered into my phone, and we landed up with some great meals in Venice.

There's also the option to be more of a concierge to the traveller. Tripadvisor, brilliant as it is, might consider some form of traveller engagement upfront so they can make more personalised recommendations.

For example, a quick page that would have reminded me to book tickets to the Last Supper for the one day we were in Milan would have been most appreciated, since we're certainly museums-and-art kinda people (versus jumping-off-cliffs people...which I was about 15 years ago!)

So, can you have a fun vacation with a smartphone, a credit card and some toiletries? Yep. Does it have hiccups? Yep. Are we there yet? Almost there. Now don't make me stop this car...

Roopa Unnikrishnan (@roopaonline) is a strategy and innovation consultant and coach based in New York. You can find out more about what she does here: http://www.center10.com 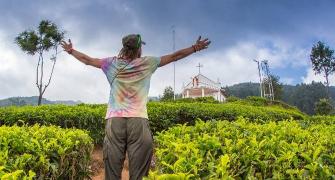 10 reasons to thank your stars for being born in India 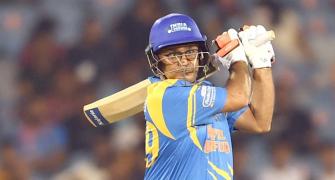