Must watch: How Palash Sen and Euphoria rocked Goa

Hidden away in the basement of The Leela Goa Beach Resort, on a rainy evening, were muffled sounds of music.

The next few hours, time just flew by as we watched one of India's popular and bestselling bands of the 90s -- Euphoria led by Palash Sen -- mesmerise the audience. 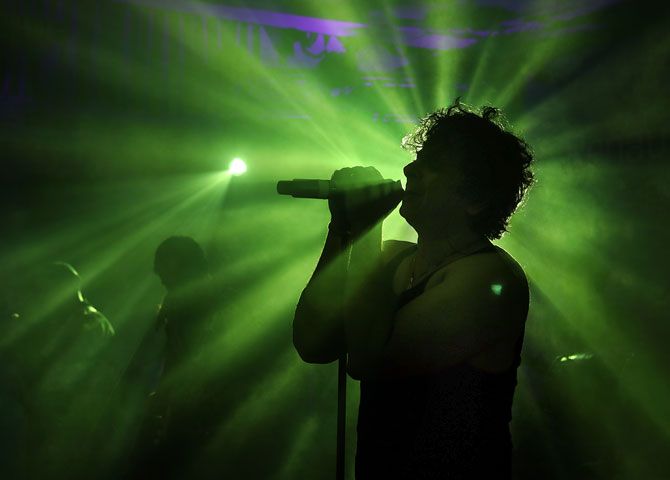 After Dhoom it was time for some sufi music with Jugni...

During the track Aage Jaane Ram Kya Hoga, the band's backbone -- Debayoti Bhaduri aka DJ Bhaduri who has completed 27 years with the band -- showed his fantastic mastery over the bass guitar.

In the video below, you can also spot Amborish Saikia from Guwahati, the lead guitarist who joined the team in 2010 and has been with them since.

Want to know the story behind Dr Palash Sen's Maeri from his second album Phir Dhoom? Check the video below!

Sen's slow rendition of Maeri had the crowd nearly teary-eyed. So he quickly changed the mood with Duma Dum Mast Kalander followed by Queen's hit number 'We will we will rock you.'

You shouldn't miss Prashant Trivedi on the tabla and percussion change his expressions as Dr Sen shifts from one song to the other surprising his own band.

And this is how Sen took us back to college:

Don't you just wish you were there so you too could enjoy the performances just as much as we did.

It was indeed a memorable evening where good music just took us back in time! 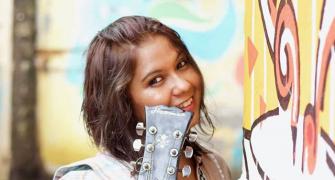