Look who joined Arjun Kapoor on the ramp!

It's someone the actor loves very much!
Photographs: Hitesh Harisinghani/Rediff.com

After Farhan Akhtar and Shibani Dandekar appeared a couple on the ramp, we thought Arjun Kapoor and Malaika Arora might do it too.

But Arjun and designer Kunal Rawal had another surprise planned. 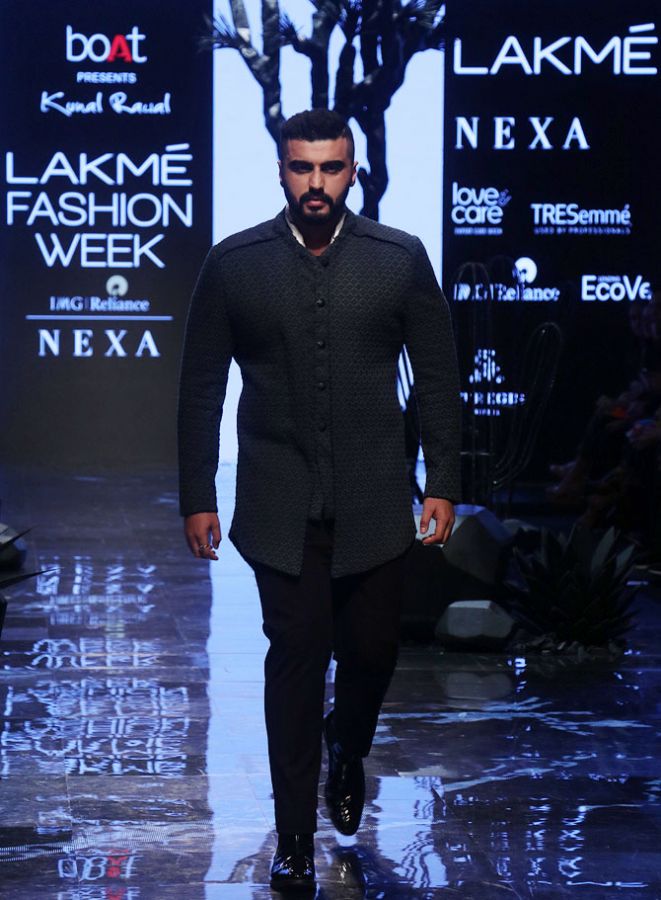 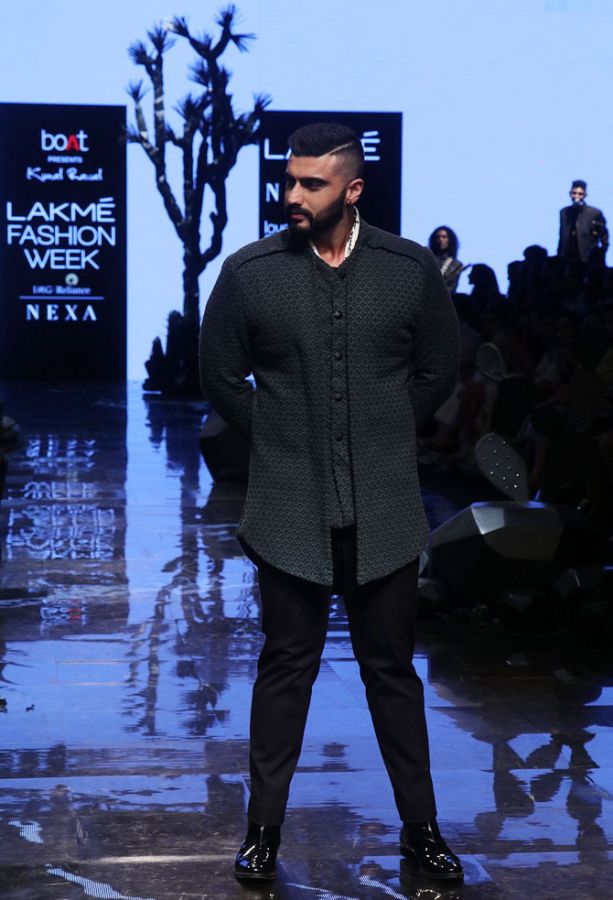 The mandatory pose at the end of the ramp. A closer look at the detailing on his bandhgala. 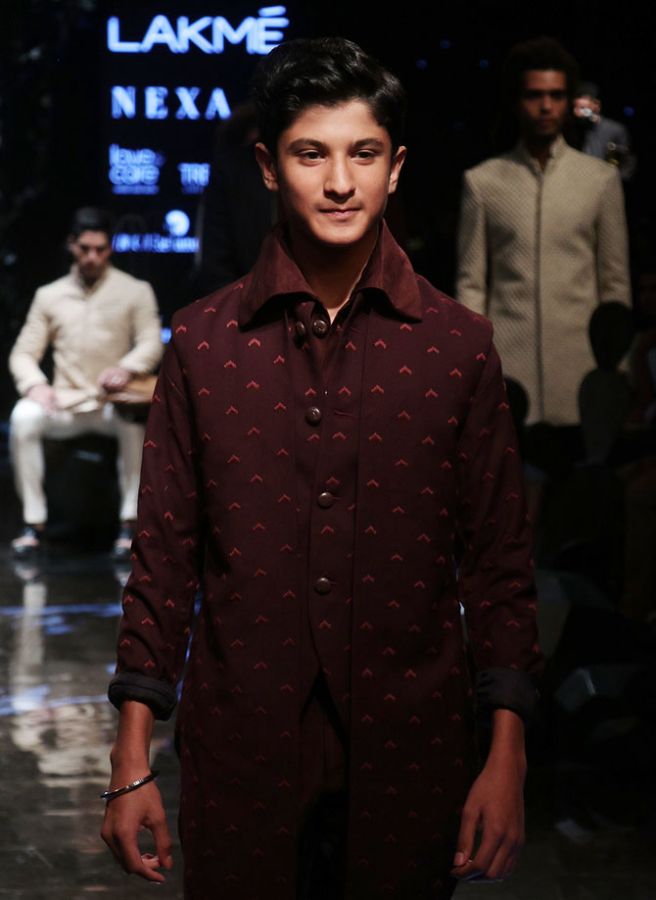 Is that who we think it is? 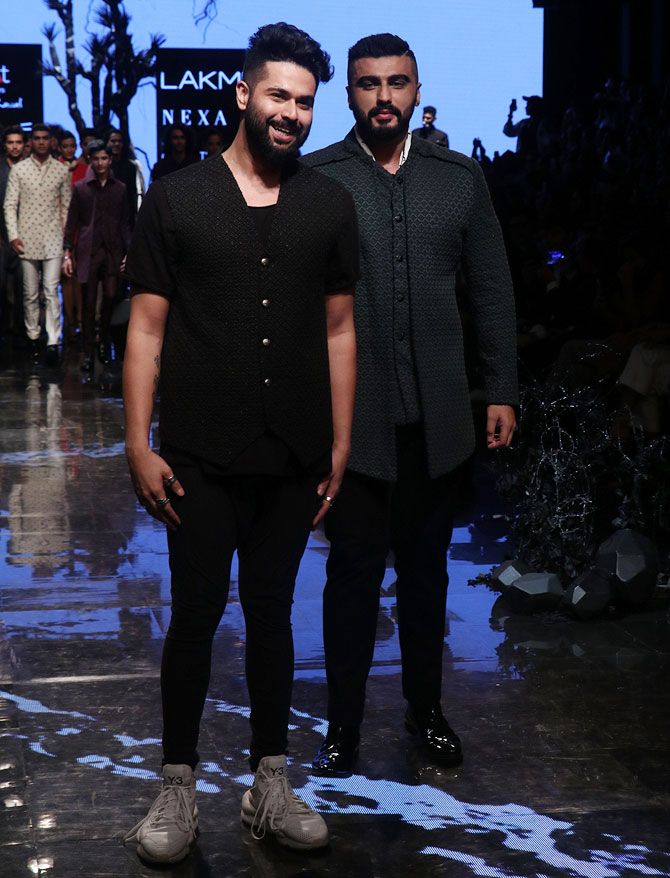 The designer. His showstopper. 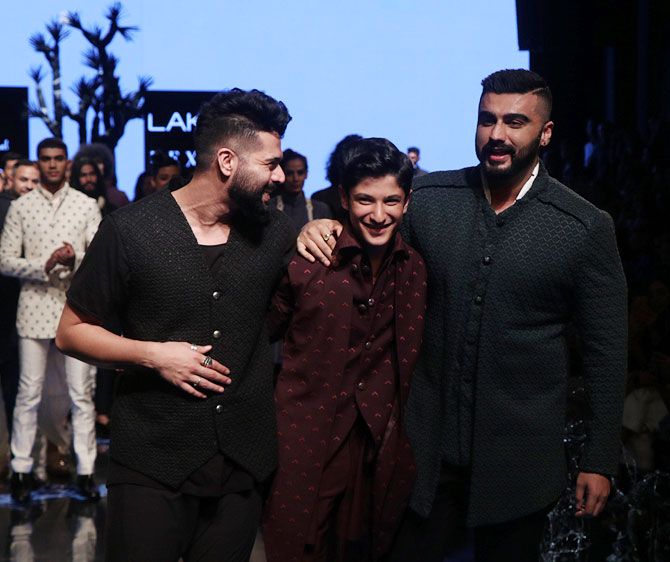 And there's the mini showstopper.

Arjun's cousin, Jahaan Kapoor, made his debut on the ramp.

Proud papa Sanjay Kapoor, who was in the audience, apparently couldn't stop smiling.

Some more glimpses from the collection: 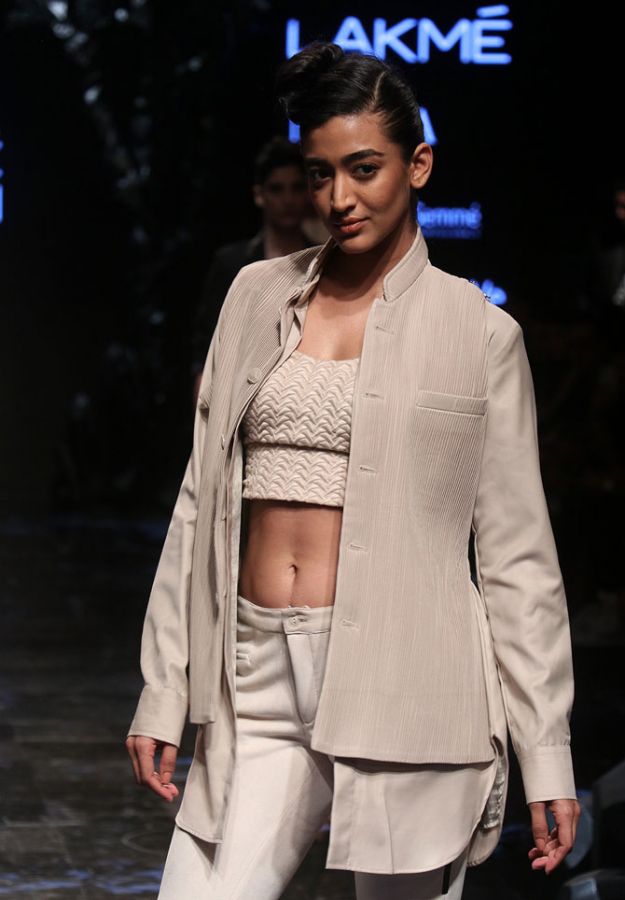 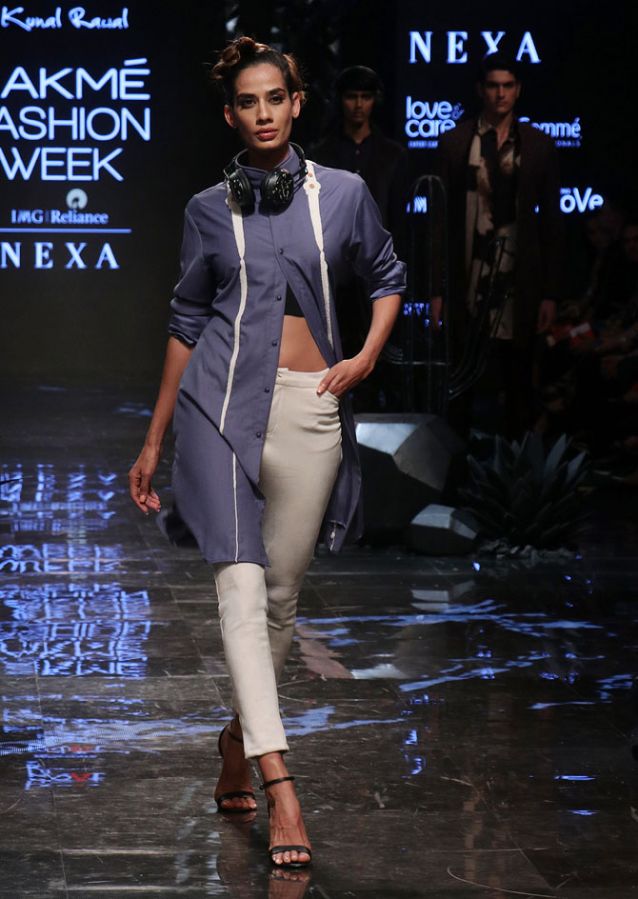 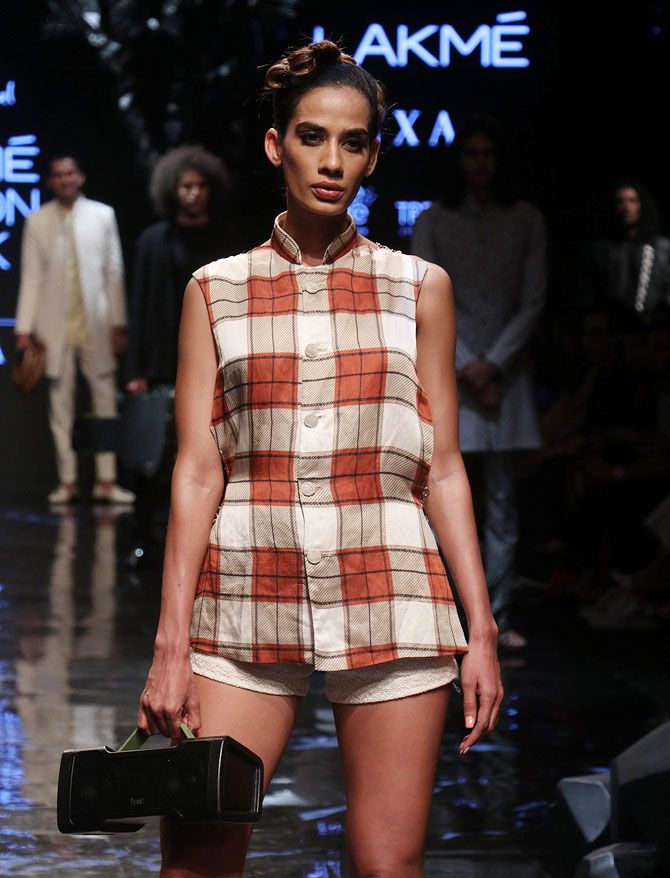 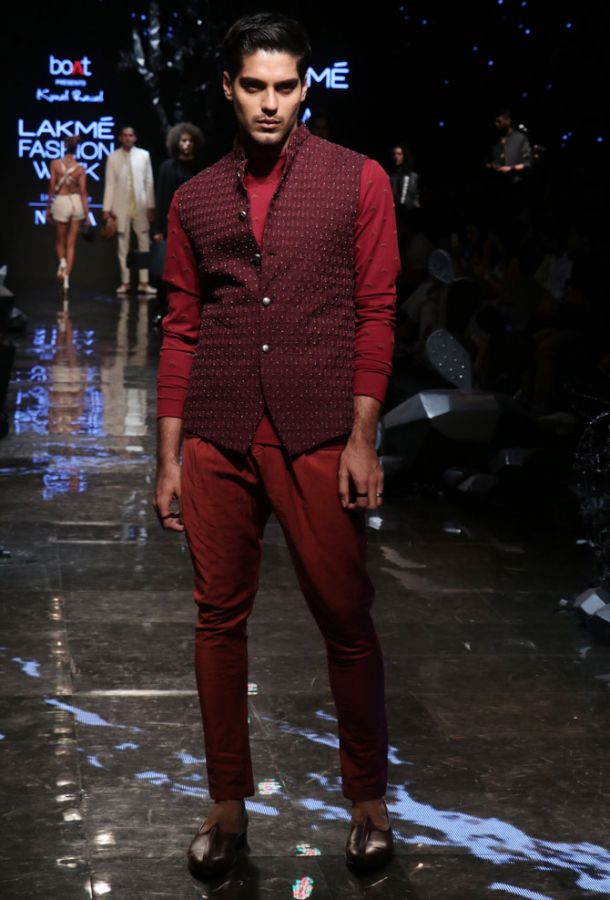 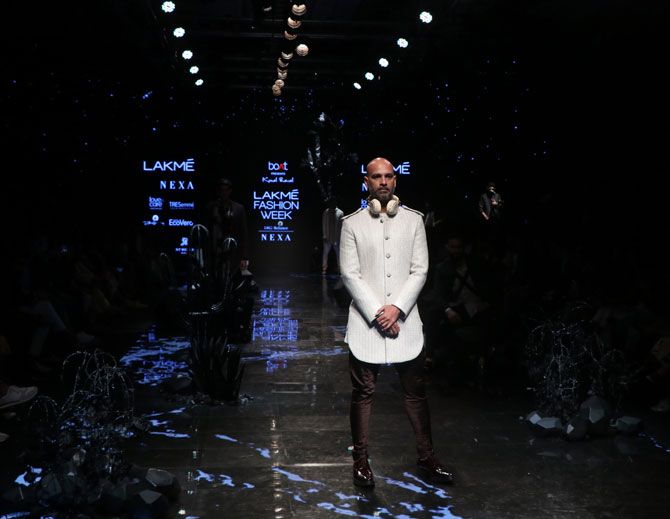 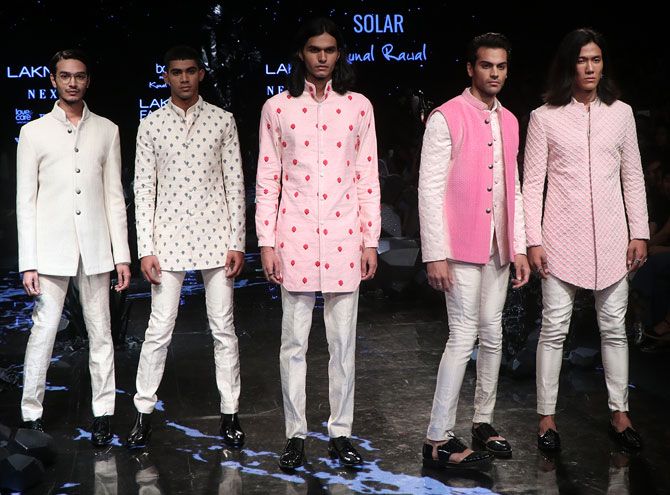 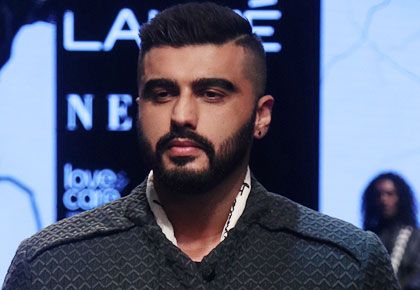 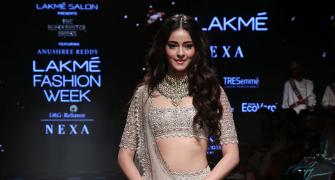 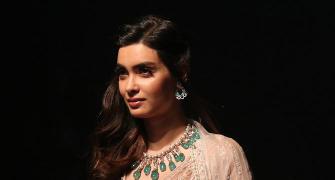 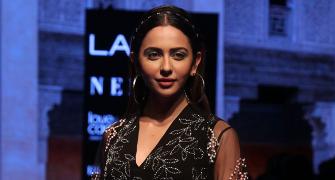 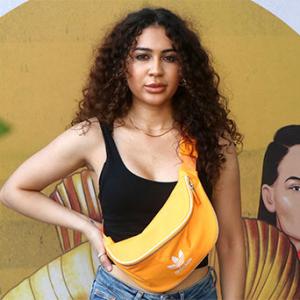 What are these beauties doing at fashion week?