Day 1 saw Microsoft make the highest number of offers while Intel emerged as one of the top recruiters on Day 2.
Vinay Umarji reports. Core sector companies and profiles have seen a significant jump at the end of two days of the ongoing final placements process that began on Saturday at the Indian Institutes of Technology.

Overall, the first two days of final placements have seen offers jump by at least 10 to 15 per cent at some of the campuses.

While Day One saw Microsoft make the highest number of offers, including top international offers of $215,000, Intel emerged as one of the top recruiters on Day 2, along with analytics company EXL.

At IIT KGP, EXL made the highest number of offers at 34, apart from three pre-placement offers (PPOs).

The other core companies and profiles in the first two days of final placements came from the likes of Exxon Mobil, GE, and Bajaj Auto, among others.

"This year the first two days of final placements have seen offers rise by 10 to 15 per cent over last year. The trend has been much better than last year. Also, the core sector has had a very heavy impact and hiring in good numbers with either core companies or other sector companies offering core profiles," said Syam Nair, chairman - Students Placement Office, IIT Kanpur.

Till Sunday evening at IIT Kanpur, over 310 offers were made by 64 companies in one-and-a-half days.

At IIT KGP, core profiles were made in manufacturing, power research, and automobile, among others.

Followed by EXL's 34 offers, other prominent recruiters included Qualcomm and Microsoft making 21 offers, Apple (9) and Google, coming back after a gap of two years, handing out 5 offers, apart from Macquarie Japan and Yahoo Japan.

For the first phase, which will go on till December 15, around 275 companies have registered at IIT Kanpur this year as against 220 last year.

IIT KGP too expects offers to rise by 10 to 15 per cent over last year for the first two days of placements.

Last year, the first two days had seen roughly 328 offers being made which is likely to go up this year. 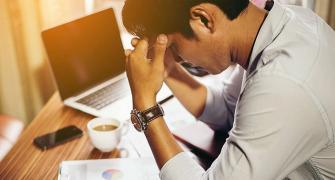