So hot! These celebs dared to bare

At the Grammy Awards Priyanka Chopra bared massive cleavage in a daring kimono.

The neckline was so low that it revealed her pierced belly button, and the Internet has been raving about her look.

But this is not the first time that the actor has dared to bare.

At the premiere of amazon prime video's Chasing Happiness, she rocked a high-slit that rode up all the way to her thigh, below.

The high-low dress featured a plunging neckline and fishnet detailing.

Scroll down to take a look at some daring silhouettes sported by B-Town celebs in the past. 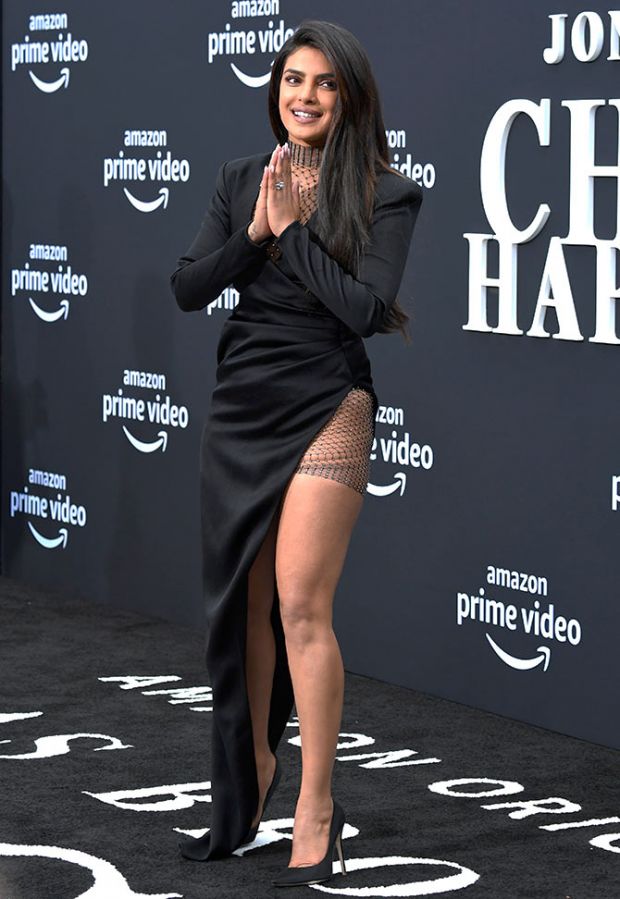 IMAGE: Not one to be scared of skin show, Anushka Sharma walked the Elle Beauty Awards 2019 red carpet in a see-through white off-the-shoulder gown. Flaunting her toned legs, she completed the look with that sensual pose, leaving us totally speechless.
Photograph: Pradeep Bandekar 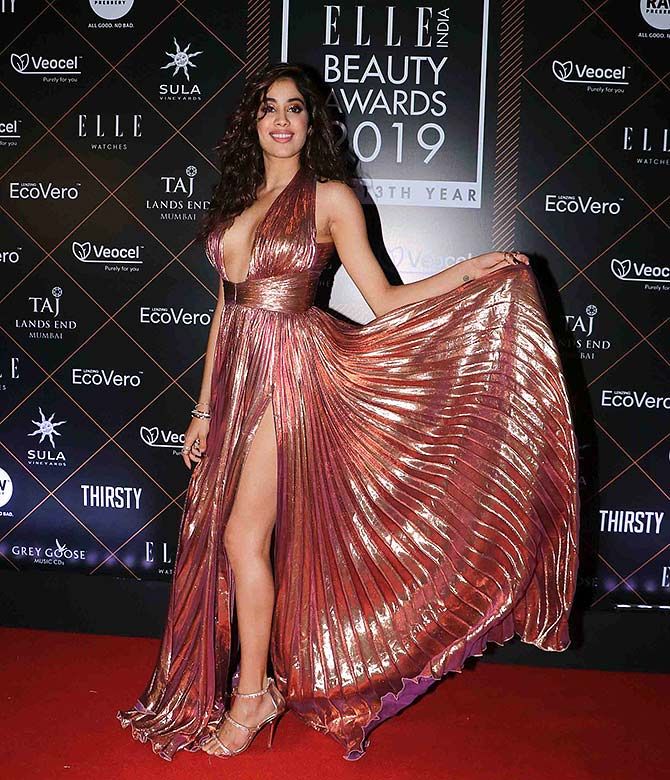 IMAGE: Whenever we asked ourselves if Janhvi Kapoor could get any hotter, the actor surprised us with a look that took her style statement a notch higher. However, we feel that the metallic gown she sported at the Elle Beauty Awards 2019 is one of her most daring looks. Flaunting ample cleavage and a high-slit, she charmed all on the red carpet.
Photograph: Pradeep Bandekar 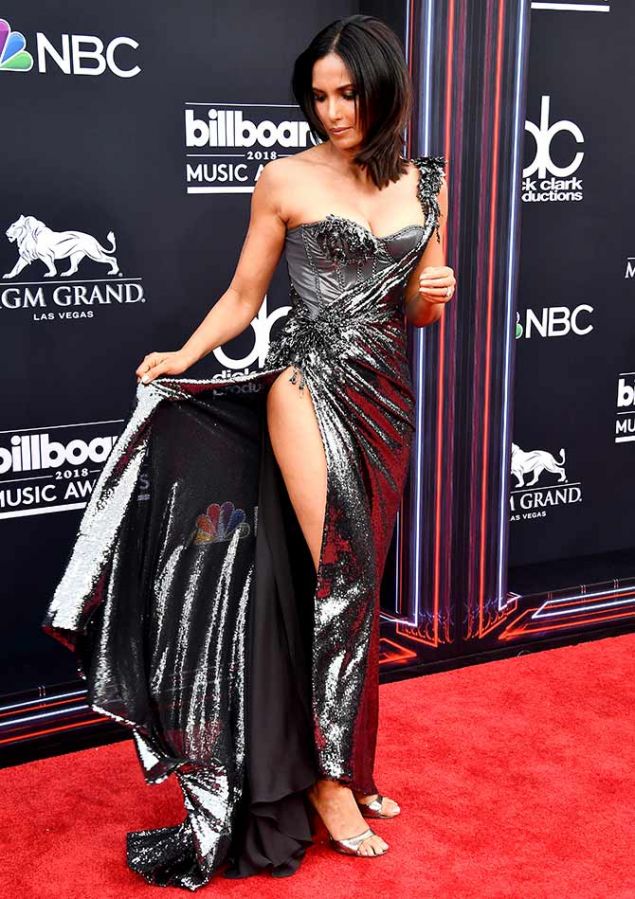 IMAGE: Not aware what a butt cleavage is? Just take one look at Padma Lakshmi, who rocked a dangerous thigh-high slit at the Billboard Music Awards.
Photograph: Frazer Harrison/Getty Images 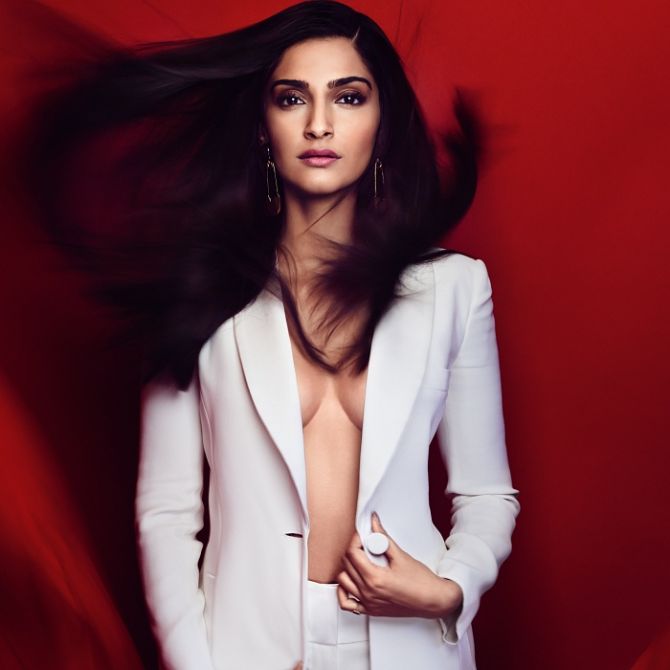 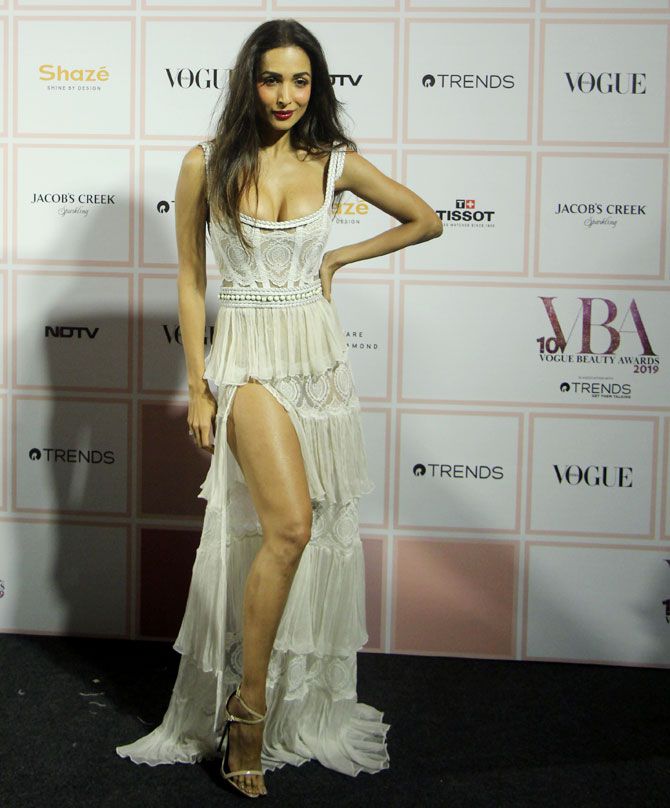 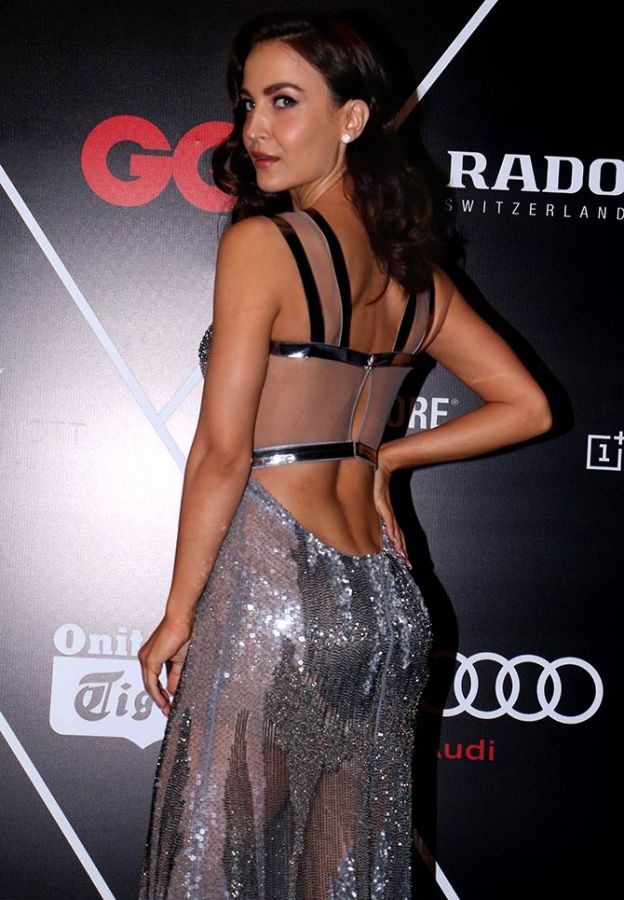 IMAGE: Elli Avram brought sexy back in form-fitting sequinned gown. And we must add that this evening gown look SEXIER from the back.
Photograph: Pradeep Bandekar 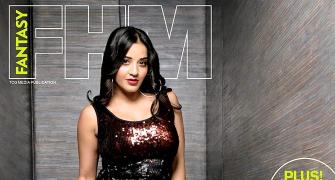 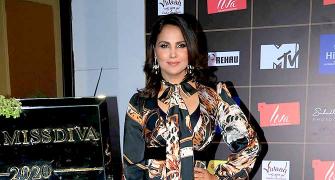 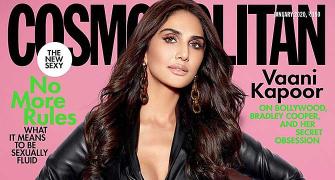 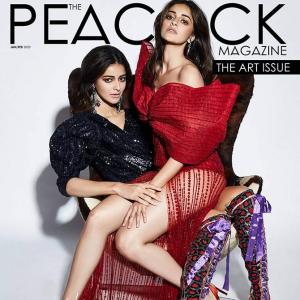 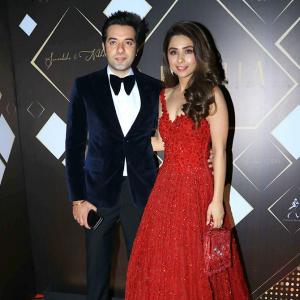