News
Business
Movies
Sports
Cricket
Get Ahead
Money Tips
Shopping
Sign in  |  Create a Rediffmail account
Rediff.com  » Getahead » Why was Katrina missing at this important show?

Why was Katrina missing at this important show?

Isabelle Kaif just made her ramp debut with Bhumi Pednekar and Karan Johar. But guess who was missing?
Photographs by Hitesh Harisinghani/Rediff.com

After more than a year since she was announced face of Lakme, Isabelle finally made her runway debut at the Summer/Resort 2019 in Mumbai on Sunday.

One would have only expected her doting sister Katrina Kaif to be by her side on this important day.

But alas, she couldn't make it. We wonder why.

Isabelle who opened the show for designer Shehlaa Khan was joined by actor Bhumi Pednekar and director producer Karan Johar on the ramp.

This is Karan's second time on the ramp. He was one of the showstoppers for the curtain raiser show by Gaurav Gupta this season. 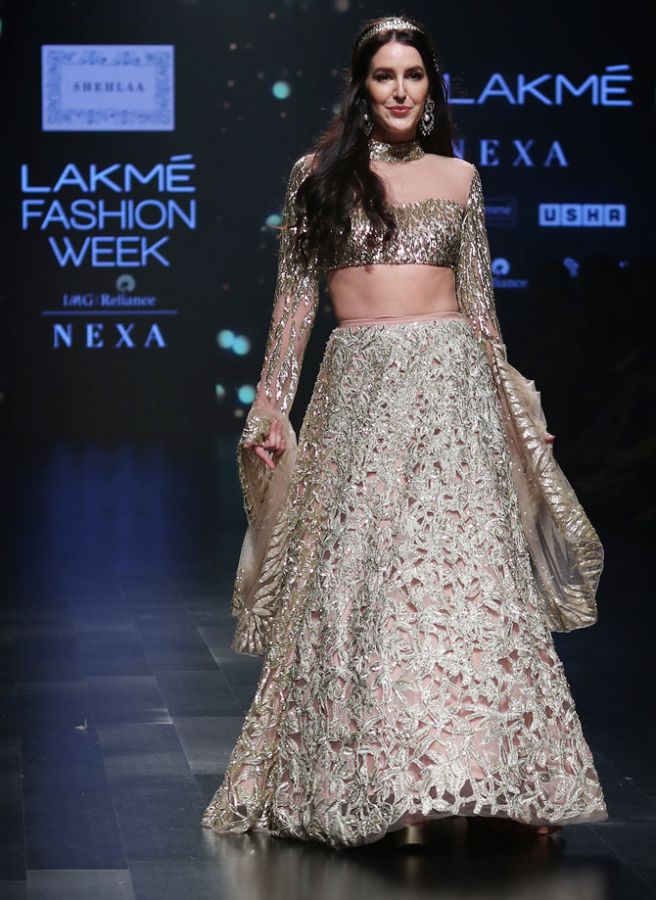 Isabelle looked like a princess in a pink and golden gown. She looked boho chic in this fairy tale inspired lehenga. 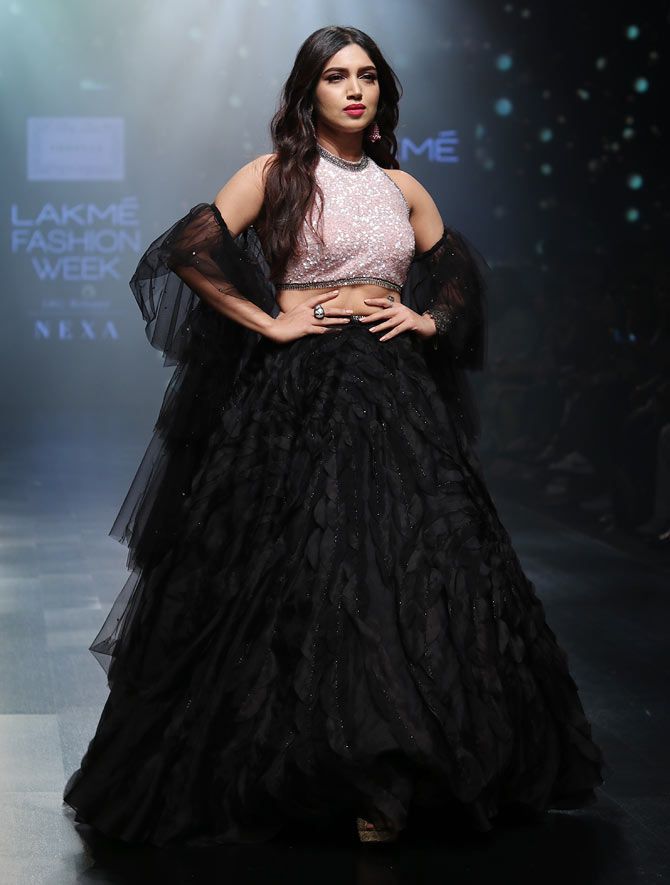 And then came Bhumi Pednekar in an edgy black skirt with an embellished crop top and tulle sleeve extensions. 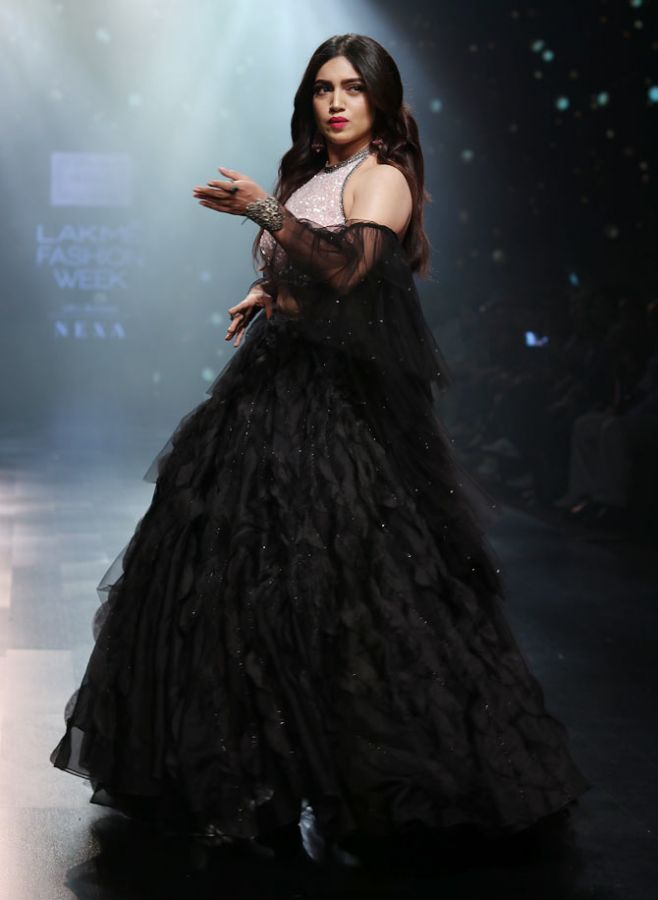 What a contrast from Isabelle's look. 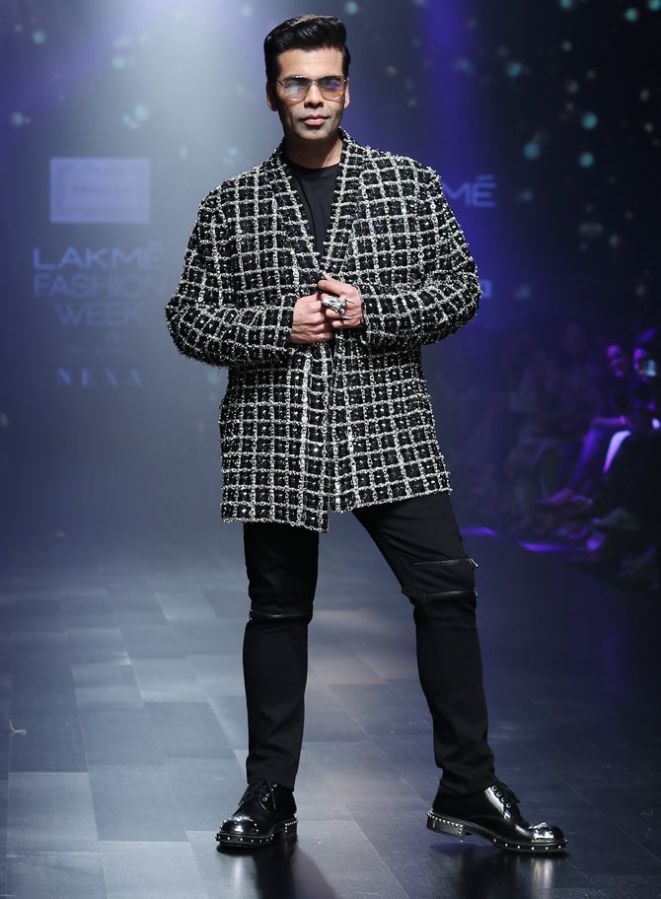 Karan Johar was his usual zingy self in a black and white woven jacket with zipper pants and beaded boots. Shehlaa's line was fluid and effeminate, inspired by Bollywood. 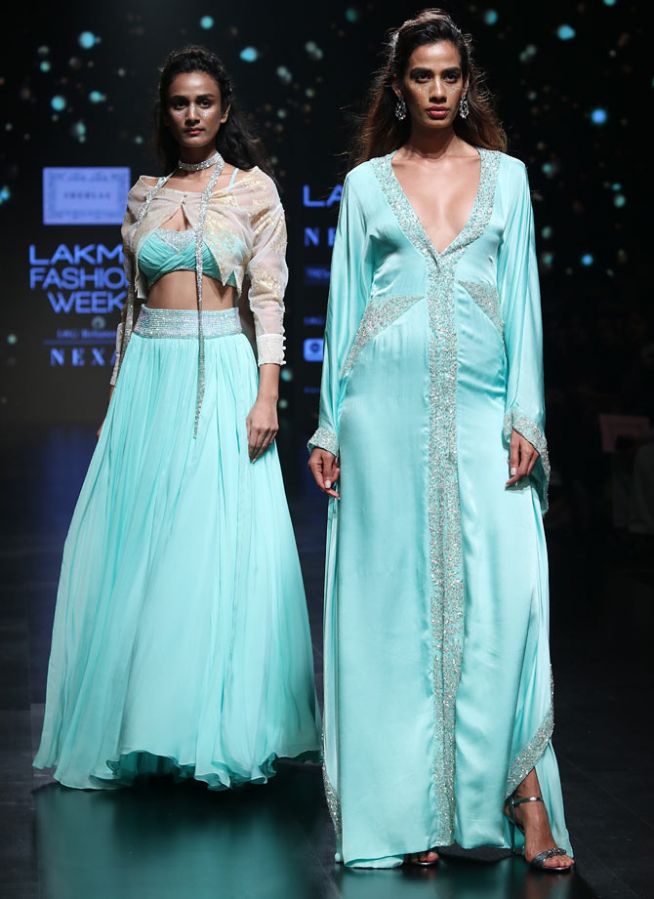 The powder blue lehengas with shimmery detailing were just perfect for the party. 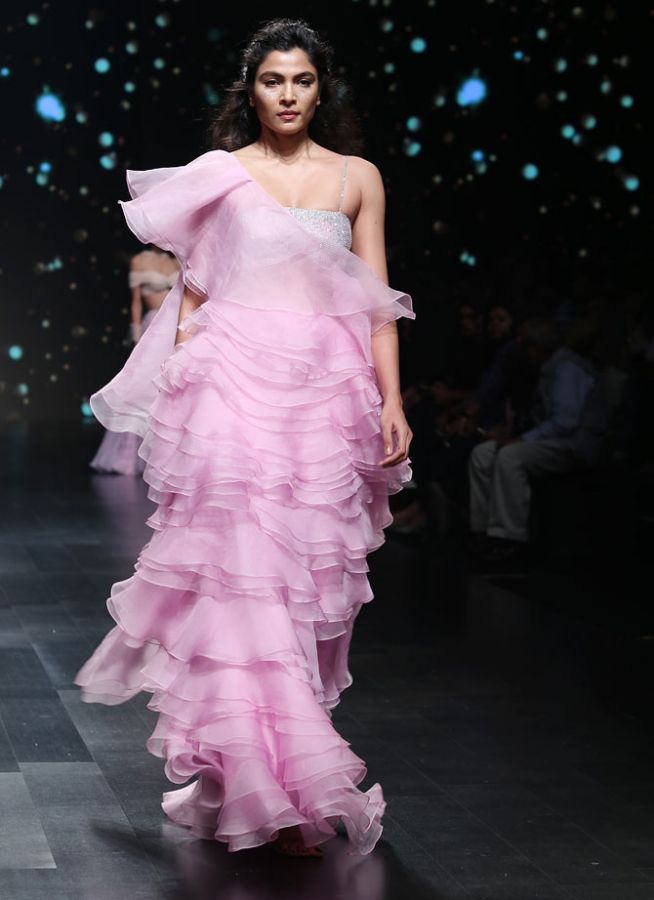 Hemangi Parte models a pink ruffled number from the collection. 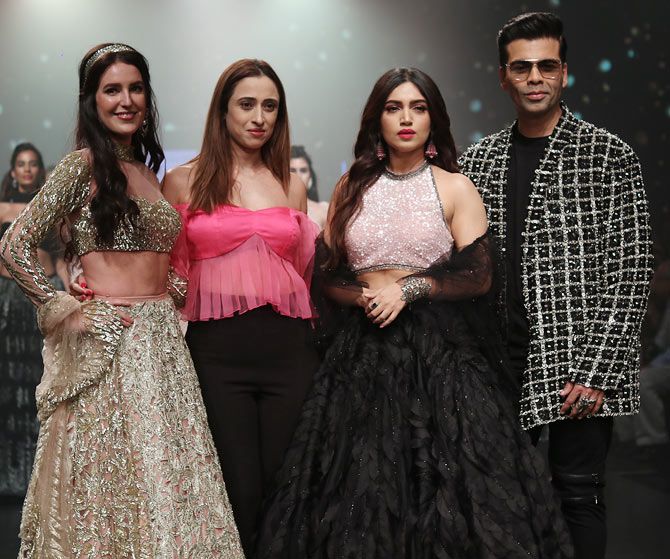 It was a triple treat for the audience to see the trio together on the ramp. 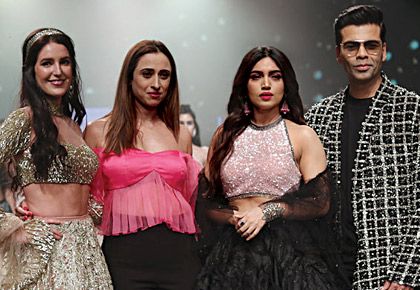 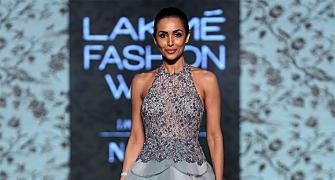 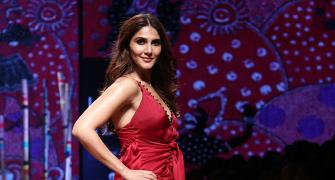 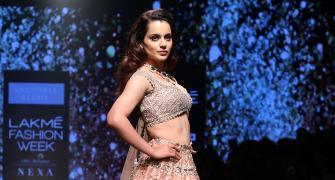 Kangana's midriff baring lehenga is too hot to handle 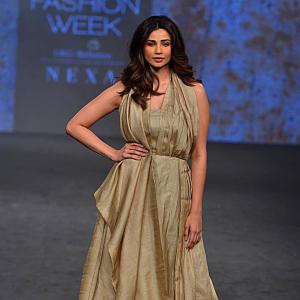 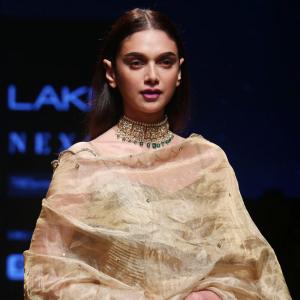 Aww! Didn't you fall in love with Aditi just then?