Kat or Anushka? Who's the hottest cover girl? 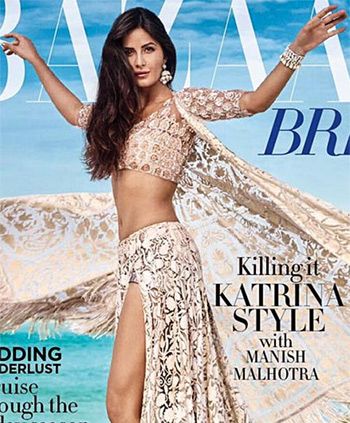 Look how these girls are causing global warming in India!

December is here and these Indian hotties are doing their bit for the winter.

While Kriti goes for the kill in a bold cut-out dress, Anuska's sensuous pose will melt your screens.

Scroll down and tell us who looks the hottest on these glossies! IMAGE: First up, we have Kriti Sanon, who will have your eyes transfixed on her in this smashing debut for Maxim.
The actor is wearing a black cut-out dress and has used the belt as a wrist accessory. The slick hairstyle gets a thumbs up too.
Definitely hot; whaddya think? IMAGE: Riding high on the success of Dear Zindagi, Alia Bhatt exudes confidence on the graphic and art issue of Femina this month.
The messy hairdo, dark lips and mascara lined eye make-up add up to the glam quotient. IMAGE: Katrina and beaches always make for a winning pair. Remember her stunning Vogue cover? Does this 'bridechilla' in a thigh-high slit lehenga and jacket designed by Manish Malhotra get your vote? IMAGE: This Angry Indian Goddess defines sexy from the word go on L'Officiel's cover for India. Anushka Manchanda flaunts her curves in a blue jacket and trousers which she's teamed with a textured gold blouse. Voting for her? 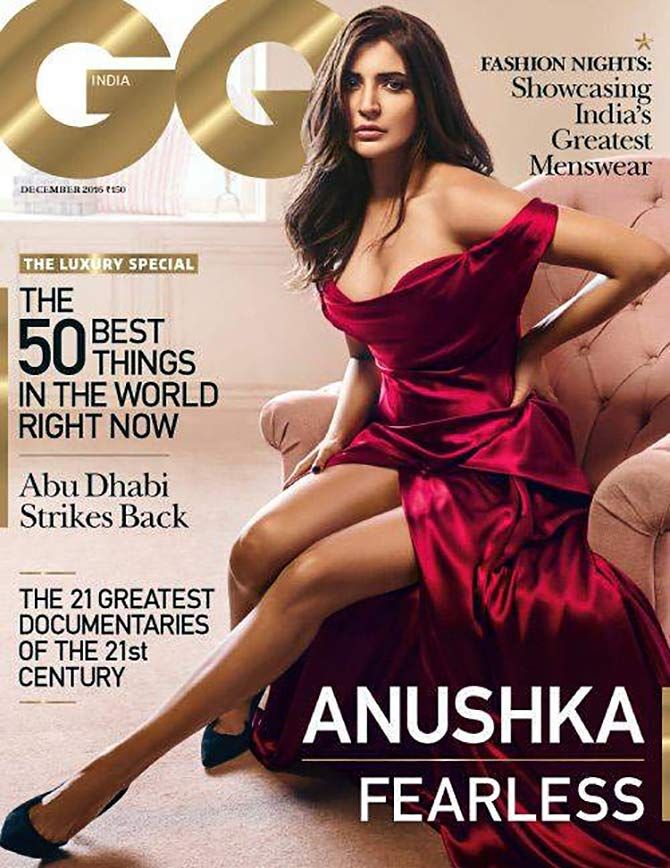 IMAGE: Sensuous, seductive and fearless!
Anushka Sharma sizzles in an off shoulder satin gown for GQ India.
There is no reason why you will not vote for this stunning actor. IMAGE: Sonakshi Sinha shows us how to get a bridal makeover in an Anand Kabra creation with elaborate gold embroidery featuring a cape with mirror-work detailing.
Does she make for a hot bride on Femina's cover? You decide. IMAGE: Never mind the overdose of black, but Deepika Padukone slays it on the cover of Hello.
Her edgy badass look is sure to hook you in seconds.
Need reasons to vote for her? IMAGE: Awkward or Awesome? How would you describe Vaani's couch act for Vogue India? IMAGE: Mum-to-be Kareena Kapoor looks like a diva in this Gaurav Gupta creation custom designed for the begum.
Know any other Indian actor who looked as gorgeous in her baby bump? IMAGE: Supermodel Bhumika Arora lends an international appeal to Harper's Bazaar cover in a white handcrafted creation with minimal make-up. But most of all, it's her hazel brown eyes that steal your heart. IMAGE: The theme is winter and 'newsmaker of the year' Alia Bhatt rocks a hoodie for Filmfare's December issue.
How can anyone look cute and hot at the same time? Simplicity is the new hot! 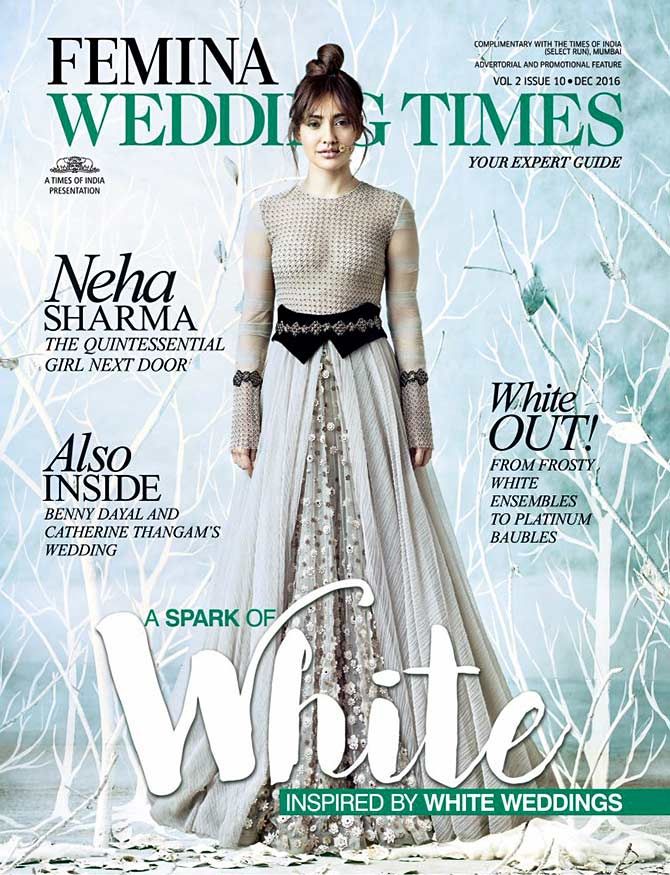 IMAGE: Neha Sharma, we are told, is playing the girl-next-door on this cover.
The actor is wearing a full sleeved multi-layered textured gown designed by Tarun Tahilani and has styled her hair in a top bun, suggesting a new bridal trend.
Vote, if you buy this look. IMAGE: Director-entrepreneur Aishwarya Dhanush makes a powerful statement in an all-black outfit on the year end cover of Just For Women. Does she get your vote? IMAGE: Divya Khosla Kumar attempts to impress on Cine Blitz's cover in a full-sleeved embellished grown with birds and floral shaped motifs.
The wide eyed gaze is a wee bit scary for our taste, what about you? IMAGE: This image of Shradha Kapoor walking for Manish Malhotra in a sheer crop top and embroidered lehenga at Lakme Fashion Week this year is charming, but nonetheless doesn't stand out because everyone's seen it before. Tell us if you disagree.
Related News: Kriti Sanon, IMAGE, Dear Zindagi, Alia Bhatt, Dips
COMMENT
Print this article 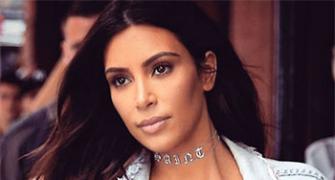 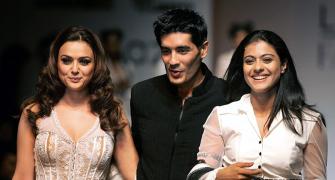 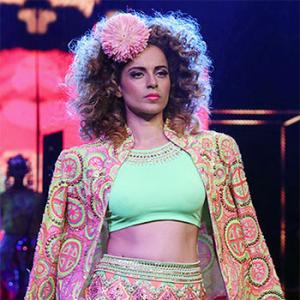