This smartwatch is to Android what the Apple Watch is to the iPhone, says Khalid Anzar. 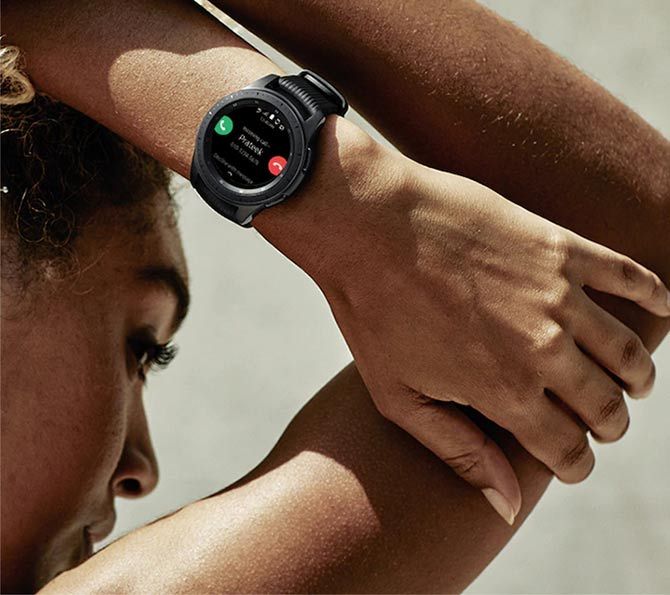 With the new series of smartphones it introduced for India's price-conscious buyers this year, South Korean electronics major Samsung also brought to the country its full portfolio of smart wearables.

From fitness bands to smartwatches, this new range of Samsung wearables caters to users in all price bands.

The latest addition to the portfolio, the Samsung Galaxy Watch LTE, a smartwatch with eSIM support, serves as a standalone device rather than a smartphone companion, like the Apple Watch.

With this device, Samsung seems to be offering Android users everything that Apple Watch offers iOS users.

But does it perform equally well on all metrics? 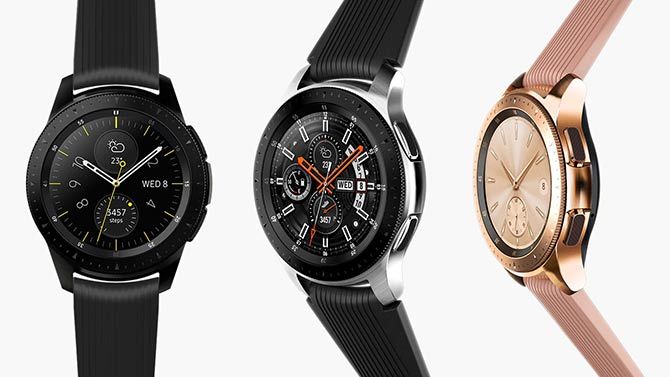 The Samsung Galaxy Watch LTE is no design marvel.

It lacks the appeal of most current-generation smartwatches, even the Samsung Active.

One problem area is its thick and bulky stainless steel case, which looks neither classic nor modern.

And its black silicone strap looks rather cheap.

This makes it one of the best alternatives to Google's WearOS-based smartwatches.

That said, the watch is compatible with both Android and iOS smartphones.

Being a smartwatch, the Galaxy Watch LTE also lets you track and measure your health and fitness regime.

It has an automatic activity detection feature that lets the watch auto-track fitness activities.

It also has a heart-rate sensor to monitor heart rhythms.

Using the heart-rate sensor, the watch tracks sleep quality and creates a neatly visualised log to help you understand your sleep patterns.

You can also use the heart-rate sensor to monitor your stress level.

To relieve stress, you get a guided breathing feature.

The Galaxy Watch has built-in GPS and an altimeter and barometer.

The watch has a 5ATM rating for water- and dust-resistance.

A speaker and microphone allow you to take calls and messages using the watch with eSIM connectivity (activated only through a Samsung smartphone and currently offered in India only by Airtel and Reliance Jio). 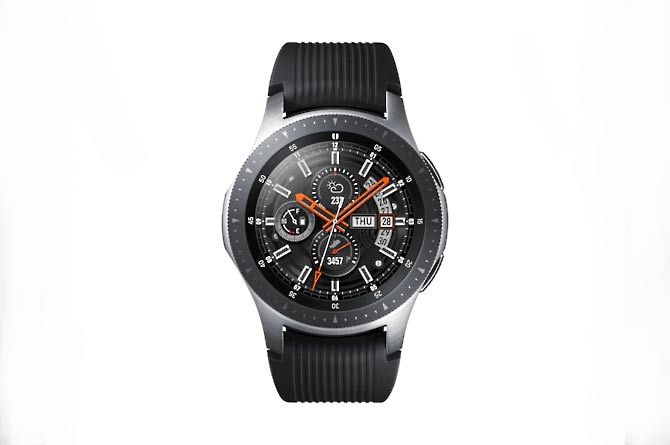 The Galaxy Watch LTE is one of the most intuitive smartwatches for Android smartphones going.

The OS is easy to understand and operate.

The screen does not have bezels; a mechanical dial rotates left and right, making it easy to navigate the watch's user interface.

As a fitness tracker, the watch is mostly accurate in its reading during workouts.

However, its auto activity tracking feature does not always work as intended.

Complementing the watch's performance is its battery, which is good for three days on normal use and at least a day if always-on screen is enabled.

With the Galaxy Watch LTE, Samsung approaches the Apple Watch in terms of utility and features.

It is easily the best smartwatch at present for Android smartphone users.

It is the only smartwatch that supports eSIM functionality at this price; besides, there are impressive health and fitness features and on-battery time.

Though the watch's design is unremarkable, its easy-to-use operating system, mechanical rotating dial and decent app support make it a good functional smartwatch. 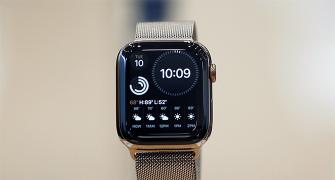 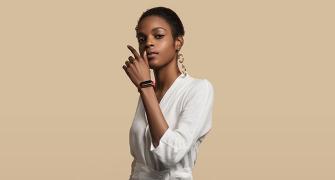 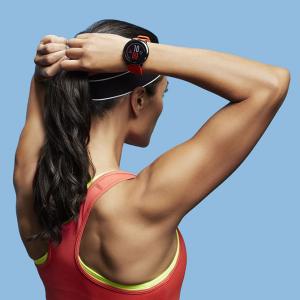