Rediff.com's Ashish Narsale lists the ones he thought were the most unique. 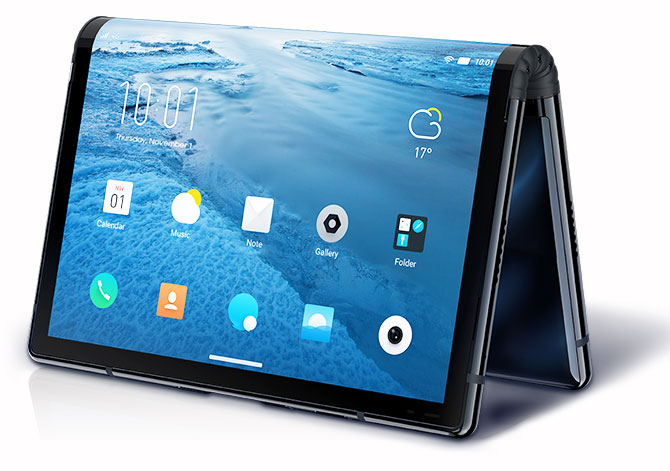 The device comes with a fully flexible display, which the company claims is unbreakable and durable.

It's powered by Qualcomm's latest, the Snapdragon 855 SoC.

And it runs on Water OS, based on the latest Android Pie 9.0. 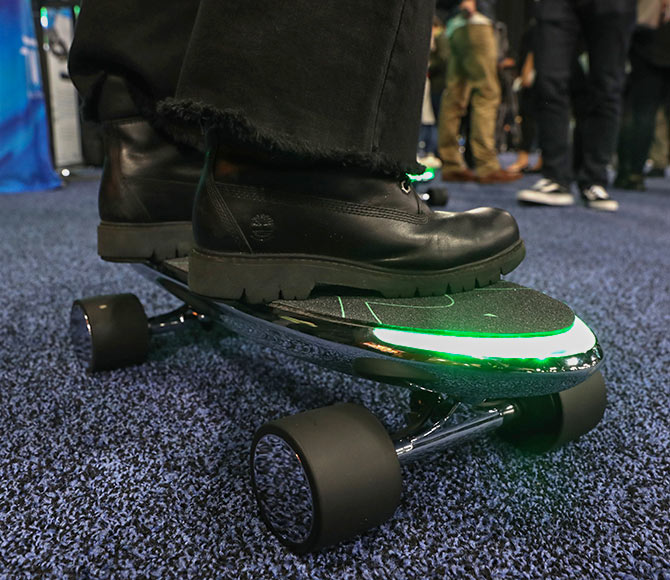 Yes, Walnut Tech was there with its latest Spectra electric skateboard, the Spectra X.

What's the tech inside?

The skateboard is equipped with world's first 3D posture control, allowing even newbies to ride comfortably.

The board is waterproof and has replaceable rechargeable batteries. 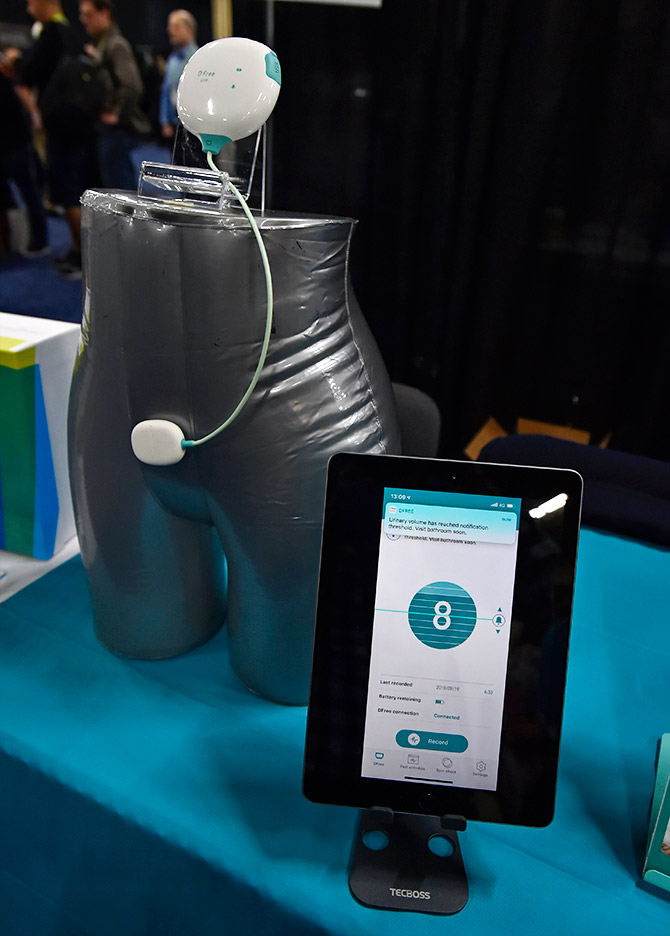 There was something for the elderly and people with disabilities too -- a DFree Bladder Scanner (DFree stand for diaper-free).

The scanner is a small device that, when attached to a person, detects the urine level in the bladder using ultrasound.

The results are available on the mobile app synced with it.

The device seems like a boon for the elderly and people with disabilities. 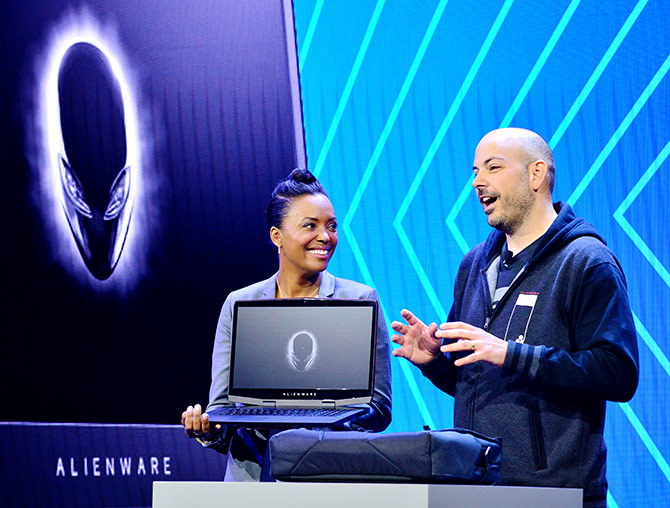 Gamers, now you can play on the go!

The Dell's Alienware Area-51m brings the desktop gaming experience to the laptop.

What makes this a gamer's delight? The fact that the CPU and the GPU are upgradable, just like a standard desktop PC. 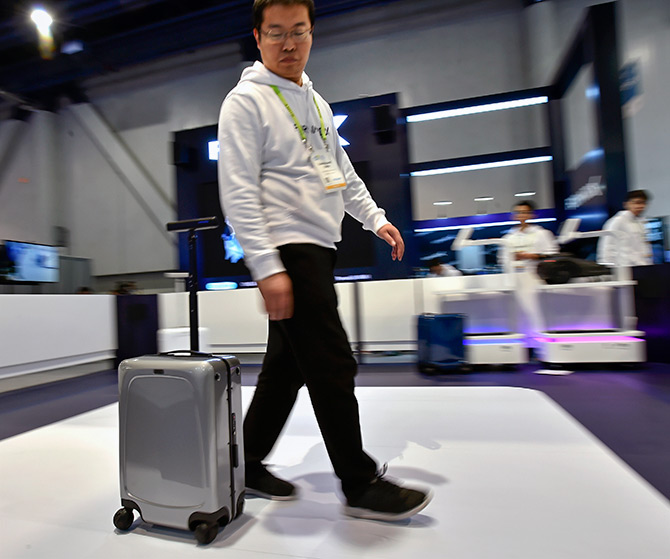 A suit case that follows you!

The ForwardX Robotics Suitcase does not need any tag or band or mobile connected to user to follow her/him. Instead, it uses computer vision technology to identify the user.

The Suitcase is embedded with four cameras and powered by AI. 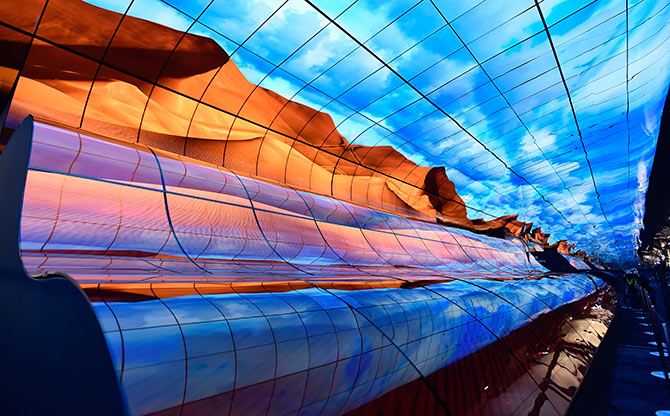 A wall made up of curved LG televisions lent a touch of science fiction to CES 2019. 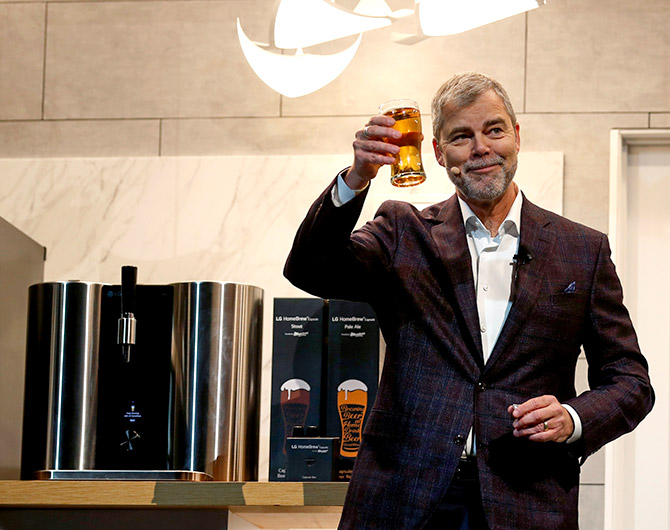 LG makes it happen with its LG HomeBrew appliance.

You can make the beer of your choice with just a click of buttons and a few ingredients. 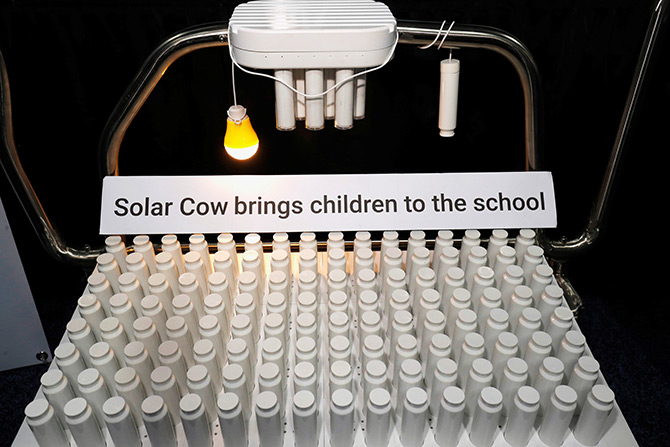 IMAGE: A Solar Cow battery charging station for schools, designed to encourage parents in developing nations to send their children to school in exchange for battery power. Photograph: Steve Marcus/Reuters

The magic of solar power

Yolk, a South Korean start-up, has worked on Solar Cow in partnership with a Kenyan school.

It aims to encourage parents to send their children to school.

The solar power charging station is shaped like a cow and the batteries are shaped like milk bottles.

When the child comes to the school, she or he has to dock the battery to the charging station and, while they study, the battery gets charged.

While leaving, they can take the battery and use it at home; it has enough power for their daily household activities. 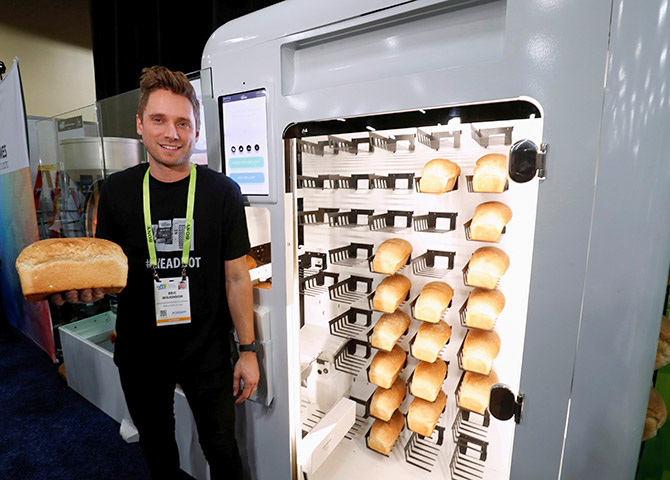 Bot, bot, bake me some bread!

Breadbot by the Wilkinson Baking Company is a fully automated, bread making robot.

It mixes, forms, proofs, bakes and cools the bread all by itself. It also cleans itself. 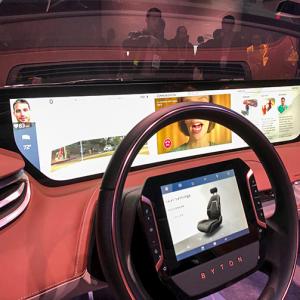 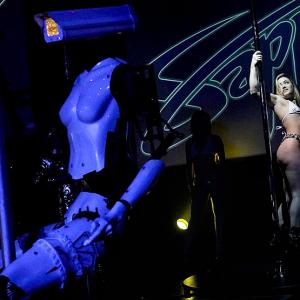