The six-tiered cake was designed by Mumbai-based baker Bunty Mahajan. To celebrate their elder son Akash's engagement to his schoolmate Shloka Mehta, the Ambanis threw a party at their Mumbai house.

Mumbai-based cake designer Bunty Mahajan was roped in to create a stunning cake for the occasion.

A Le Cordon Bleu trained chef, Bunty uploaded pics of the gorgeous cake on her Instagram page, which was later reposted by Nita Ambani. 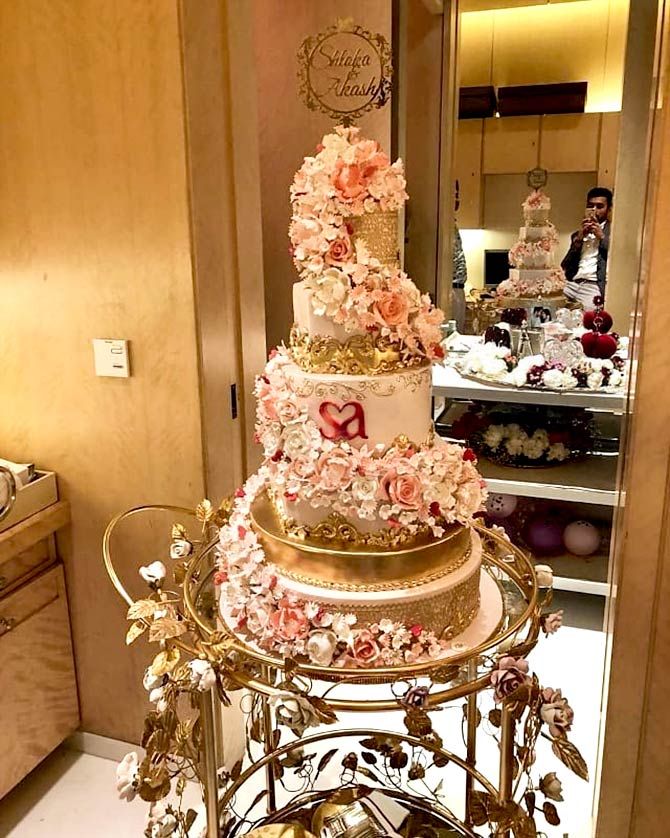 'Put my heart and soul into this one, to make it as perfect as possible!' the baker captioned the pic of the cake.

Adorned with white and peach flowers, the cake featured layers of white and gold, and almost each tier had intricate work in gold.

It was placed on a floral cake stand and had the initials of Akash and Shloka embellished on it.The golden topper had the couple's name. The baker with her creation.
Photograph: Kind courtesy Bunty Mahajan/Instagram

Bunty is known for her luxury collection of wedding cakes, which include some elaborate creations.

It's been over 14 years since her cake shop was born and this baker has been creating some lovely cakes since then. Bunty finishing up a six-tiered wedding cake from her luxury collection. 'Absolutely love this design and the combination of peach, white and gold,' she captioned the pic.
Photograph: Kind courtesy Bunty Mahajan/Instagram

In the past, Bunty designed the cake for Esha Deol's baby shower. Drool-worthy food pics that look almost too good to eat! Recipes: How to make cutlets with leftover rice 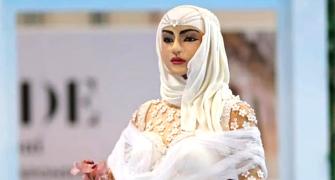 How I designed the million dollar cake at Dubai Bride show Why the Internet is in love with 'avocado proposals'