Answer three questions and win a free copy of Rick Riordan's latest book The Trials of Apollo: The Tyrant's Tomb. Bestselling author Rick Riordan of Percy Jackson and the Olympians series is out with his fourth book in The Trials of Apollo fictional series.

The five part series explores Apollo's adventures who is banished from the kingdom of Olympus and has lost his divine powers.

Through the pentalogy, he has to restore five ancient oracles and reclaim his godly powers.

In the latest book The Trials of Apollo: The Tyrant's Tomb, Apollo's journey takes him to Camp Jupiter in the San Francisco Bay Area, 'where the Roman demigods are preparing for a desperate last stand against the evil Triumvirate of Roman emperors.'

All you have to do is answer three simple questions below, along with your name and personal details.

FIVE lucky winners will win free copies of the book. 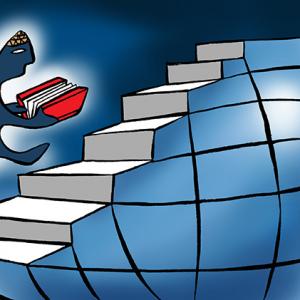