India CMD Ramkumar Ramamoorthy clarified Cognizant would continue hiring and the earlier job-cut announcement was a small one, considering the company had around 290,000 employees globally. Nasdaq-listed information technology services company, Cognizant, is planning to hire around 23,000 employees from technology institutions in India during the calendar year 2020, in addition to its campus hiring for business-process outsourcing operations, according to Ramkumar Ramamoorthy, chairman and managing director of Cognizant India.

He clarified that the company would continue hiring and that the earlier job-cut announcement was but a small portion of the larger plan, considering Cognizant had around 290,000 employees globally.

Ramamoorthy's latest statement comes days after Cognizant said it was planning to remove around 7,000 mid- and senior-level jobs and shut down its content moderation business, which accounts for another 6,000 jobs, as part of its '2020 Fit for Growth Plan'.

He was speaking at the 18th edition of CII Connect 2019, an international conference and exhibition on information and communication technology.

The theme of the event, which took place at the Chennai Trade Centre, is 'Technology at the Heart of India's dollar 5-Trillion Economy'.

Contrary to the view that there was lack of readily deployable talent, there was talent available in abundance, he said.

"We are probably one of the biggest beneficiaries of the technology talent.

"If I include the first nine months of this year, we added about 75,000 people to the net headcount in India (a net addition of around 9,000 people in nine months).

"The quality of talent is only improving day by day," he said.

"Our plan is to hire a little over 23,000 students across the country from STEM disciplines of study, primarily engineering, in the calendar year 2020. This does not include the several thousands of people we will hire for our BPO business from campuses," he added.

The company has made over 15,000 offers at over 80 engineering campuses so far. However, he said the number of offers to be made in the last quarter of this year was not known.

The quality of engineering talent, especially with digital capabilities, is increasing in the country and the company's ability to hire in larger numbers had actually gone up.

Compared with last year, Cognizant's campus talent hire this year would go up by 30 per cent and the company had also increased compensation to recognise the premium skills that they brought to the table -- from about Rs 3.38 lakh to about Rs 4 lakh at the entry level -- he said.

Speaking to reporters on the job-cut announcements made by the company recently, he said, "We are hiring. We will continue to hire in large numbers, both from campuses and from the market.

"Some of the announcements we have made is probably a small portion, may be about one per cent. We have close to 290,000 employees globally and we may need to see it in that context."

The attrition has been on a slightly higher level, at 23-24 per cent, in the past few quarters.

"That is also a reason for some of the announcements recently; attrition will take care of some of these in the normal course," said Ramamoorthy. 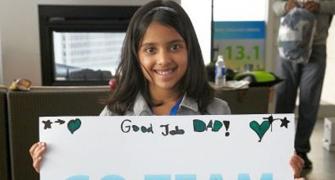 How TCS staff can become eligible for higher package 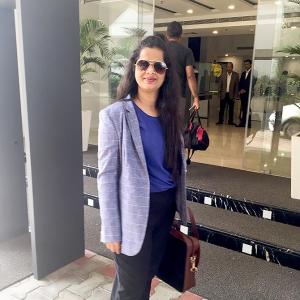 First salary: How I found a job during recession 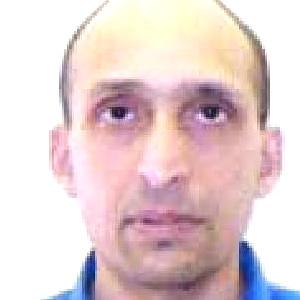 My advice to 15-yr-old self: 'Always dream BIG'