Chocolicious! The best job in the world

The man who tastes chocolates for a living has tasted over 2,200 chocolates from different countries in the last two years, says T E Narasimhan.
Illustration: Dominic Xavier/Rediff.com

The last ime you ate a chocolate, you probably popped it in your mouth without thinking.

If you were to ask Nitin Chordia, you perhaps missed experiencing the myriad flavours of a single piece of chocolate.

Chordia is India’s first and only certified chocolate taster, a career that most would envy.

And if one sees him ‘experiencing’ a chocolate -- in the way he unwraps the bar, breaks a small piece of it, holds it between his fingers for a specific length of time and allows it to melt before he chews on it -- the envy would only get stronger.

Chordia has tasted over 2,200 chocolates from different countries in the last two years.

Through his company Cocoatrait, he specialises in evaluating everything related to chocolate, including its appearance, flavour, ingredients, quality and even in advising artisanal chocolate makers to improve the ‘experience’ for a customer.

Though his family, which hails from Rajasthan, is largely into the business of agriculture and money-lending, his interest in retail began when he was in school. After his masters in retail, Chordia joined KSA Techno, one of the largest retail business consulting companies.

In 2007, Adi Godrej hired the firm as consultants and Chordia was one of the people assigned to help Godrej to venture into premium retailing.

His first serious encounter with chocolate began during this project.

On a particularly stressed evening, he received a sample from Amedei, a famous bean-to-bar chocolate brand in Italy. Chordia bit into a small piece and got back to work, only to realise that the taste of the chocolate lingered on. Surprised, he called the company to discuss its business plan.

He brought this brand to India through Godrej’s Nature’s Basket chain of stores. In six months, it turned out to be a profitable business; the demand was overwhelming. While this piqued his interest, he couldn’t pursue it given the work pressure.

In 2013, he found the time was right to start something of his own.

Initial research revealed that brand awareness and knowledge in the chocolates segment was low.

In several stores, chocolates only from one particular country were doing well. He decided to travel to that country, the name of which he prefers not to share. He visited over 250 chocolate stores there and found that the brands doing well in India were not even available in most stores.

Back in India, these chocolates retailed at Rs 350 for an 80 gm bar. The problem, he realised, was simply of lack of awareness.

It was around this time that his friend introduced him to Martin Christy, who is considered to be the guru of chocolate tasting in the world.

Christy and his friends were about to launch a course on chocolate tasting and Chordia was among the 15 people from 13 countries to take it. The course has three levels, of which he has completed two. He will be attending the final workshop in Peru this year.

Today, Chordia works with eight chocolate makers, including those from Vietnam and Ecuador, helping them sell through his start-up and working with farmers to produce the purest ingredients and cocoa.

Chordia has now introduced a chocolate box, where chocolates are sent to subscribers on a monthly basis for a fee.

He is also bringing chocolate tasting courses to India by March, which would cost between Rs 10,000 and Rs 60,000.

A delicious profession, one would say!

Do check out more INTERESTING FEATURES on the RELATED LINKS below! 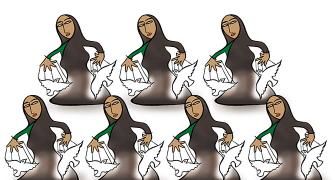 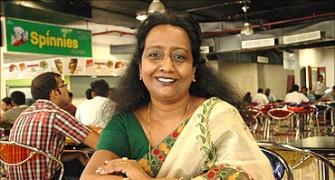 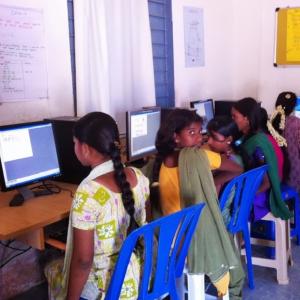 Your old computer can give her a dream