The chairman of the Mahindra Group has just given us a lesson on gender equality and the reality of corporate life. 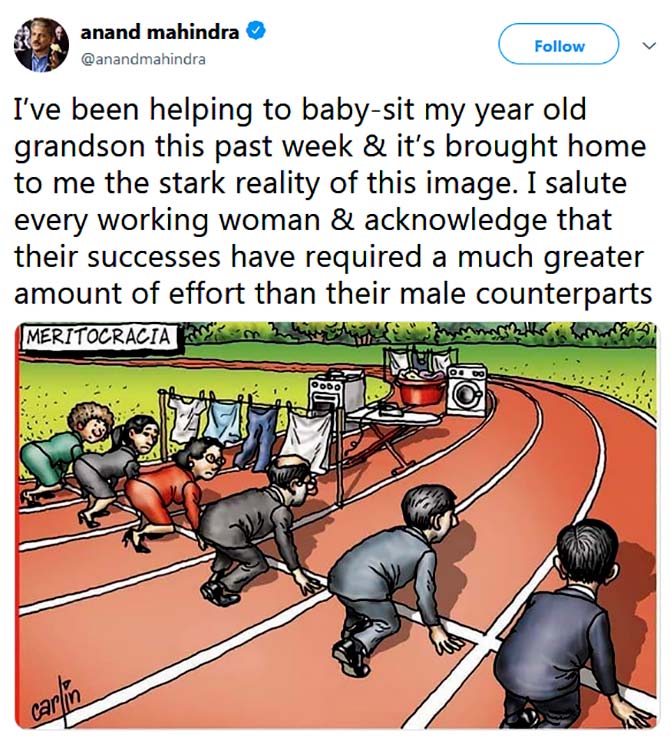 On February 5, Anand Mahindra -- chairman of the Mahindra group -- took to Twitter to share a powerful illustration about women and men participating in a race.

'I've been helping to baby-sit my year old grandson this past week and it's brought home to me the stark reality of this image,' he wrote about the picture above.

There are six people in the cartoon originally illustrated by Carlin.

The men dressed in suits kind of implied that it was some of corporate race.

There were three men and three women, which may have looked like gender equality.

But if you looked closer, the women had to get past household chores like washing, cleaning and cooking before they could even get to start the race.

'I salute every working woman and acknowledge that their successes have required a much greater amount of effort than their male counterparts', Mahindra noted.

Over 27,000 people (and counting) have liked the tweet while over 8,000 have retweeted it on their timelines. 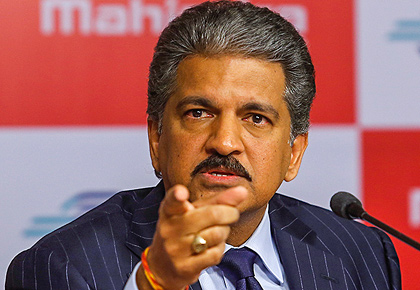 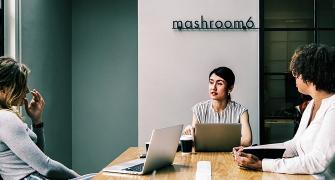 Women, THIS is how you negotiate your salary

How can we make workplaces safe for women?