From Aquaguard salesman to entrepreneur

We'd asked you, dear readers, to tell us what your first salary was and what it meant to you at the time.
Prof B Ravishankar from Mylapore, Chennai shares his inspiring story: 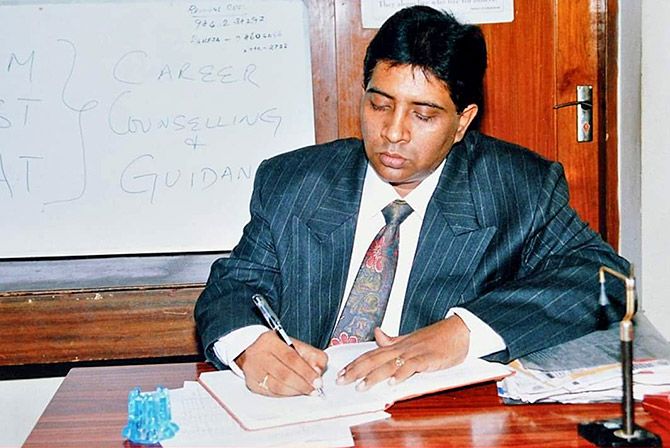 I was born in a middle class family in Chennai.

I was the eldest son; I have a younger sister.

My father was running a small scale manufacturing unit and mother worked with the state government.

My parents always wanted me to become an engineer but I wanted to do something different.

On Saturday November 16, 1985, I had my first walk-in interview in Eureka Forbes Ltd (TATA Group), a direct sales company.

I had seen the ad in a newspaper and decided to go for it without the knowledge of my parents.

I was 20 and in my final year of graduation.

There was a long queue for the interview. I managed to get through the group discussion and personal interview even though there were many smart men and women who had applied for the position.

I was informed that those who are selected will receive a telegram and that training will commence November 18.

After the interview, I had gone out with my friends on Sunday.

Since I had not told my family, my parents were surprised when at 10 am, they received a telegram under my name.

In fact my parents and grandmother were scared. The telegram was torn from the wrong side, so it took some time for them to understand.

Since there was no mobile phone, they waited till I returned home at 3 pm.

It was one of most joyous moments of my life.

After that I went and bought myself a formal shirt, tie, shoes etc.

I had to convince my parents that this was the career I wanted for myself.

My dad was supportive but it took another six months for my mom to accept my decision.

She agreed on the condition that I will complete my post graduation.

In my first job, we were given special training as water purifier Aquaguard was being launched in Chennai and we were the first batch of sales executives.

Since I had a Bajaj M50 moped, it helped me to sell the first Aquaguard in Chennai and also break a debut sales record.

I was awarded a medal by my company president AK Marfatia for my performance.

A star was born and my career took off.

In January 1986, I started an account in UCO bank, an experience which I can never forget in my life.

All commissions for sales done from November 25 was added to December sales and salary.

From that day, I never looked back.

Within three months, I was promoted as group leader. Usually, it takes two years (to be appraised to that position).

In July 1986, I became sales supervisor. I received Ace of Aces award for being the best Supervisor all over India for 86-87.

For the next five years, I continuously won the Best Manager title.

I was promoted to divisional sales manager(DSM) in October 1990 and posted at Hubli, Karnataka.

During my tenure at the organisation, I helped develop many leaders and supervisors who were instrumental in expanding the brand all over Karnataka.

I completed several part-time and correspondence courses in the quest for knowledge which helped me with my current academic qualification.

I was a part-time faculty at Madras University and Anna University.

In December 1992, I quit and joined Mercantile Credit Corporation (part of SPIC group) as the youngest regional manager.

In 1994, I joined Readymoney, a consumer durable finance company as vice-president.

I resigned in 1997 to start Institute of Management Education and Training Pvt Ltd, a training institute that offers sales training and short term management courses in collaboration with small industries service  institutes (now MSMEs) along with Govt of India, Guindy.

Between 2000 and 2012, I guided many students to go abroad for higher education. Since 2012 I have been mentoring entrepreneurs as a corporate consultant.

In 2016, I invested in Donut House, a CAFE brand in Chennai.

My entrepreneurial journey is on.

My son is a chartered accountant and daughter is pursuing final year of Ayurveda.

I hope my story inspires many to start small and become job creators rather than job seekers. 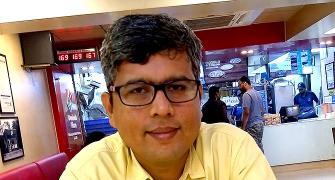 From battling hunger to leading a team 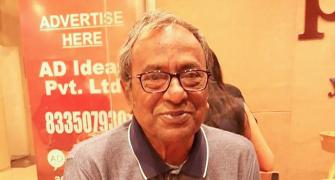 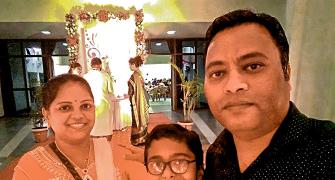 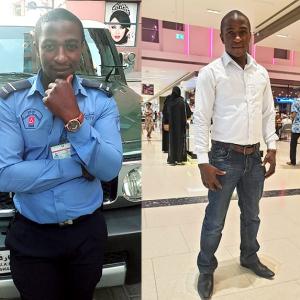 'After losing parents, my first job saved my family' 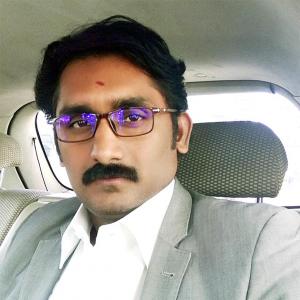 First salary: From Rs 1500 to starting my own company